Social Media and the Ukraine Crisis

How has social media changed the ways in which wars are engaged with and fought? 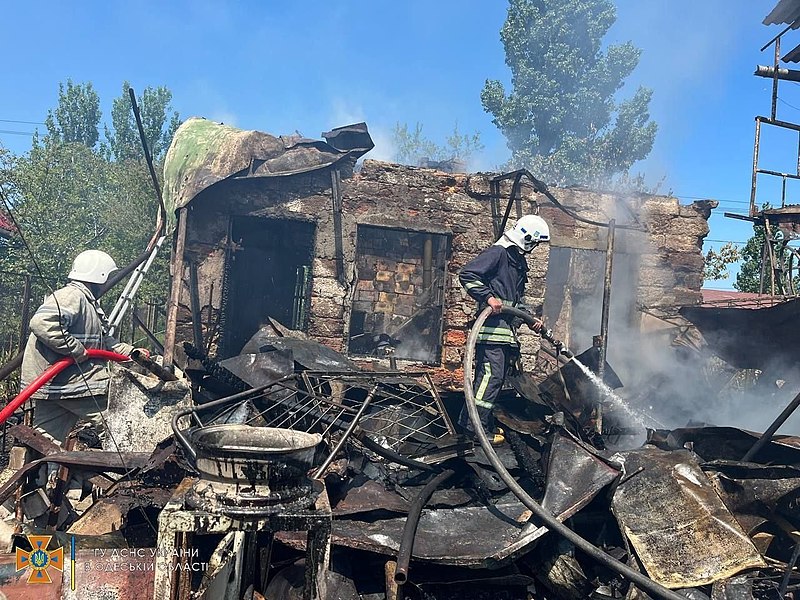 Ukraine responded swiftly to the Russian invasion, broadcasting resistance across the globe.

The first recorded piece of war propaganda is widely recognized as an epic collection of short film reels created by American forces in the Spanish-American war. American media fabricated atrocities, emphasized Cuban submission, and misquoted or just ignored real informants in favor of sensationalist tales. This push came for various reasons, military higher ups wanted to project strength after the Civil War, journalists wanted to sell papers, and most importantly companies saw an emerging sugar market and fertile land in Cuba. America wanted Cuban land and it would lie through its teeth to get it.

By February 24th, 2022, the date of Russian invasion of Ukraine, the way humans consumed war had drastically changed. As images of destruction and mass evacuation began to flood in, Americans didn’t see them in hokey animated previews in crowded theaters. We instead sat at home and discussed them with friends, colleagues, and anonymous strangers on our choice of online avenues of discussion.

Pew Research discovered that 48% of Americans report at least sometimes getting their news from social media (29% choosing sometimes and 19% selecting often). 48% is a surprisingly large decrease (5%) from last year but the number remains more than sizable. Social media is no longer the dormant choice for war consumption and wartime actors know it. Accounts like @modern_combat_history recognize this as well. In April 2016 he created the Instagram account as a backup to another popular page, @history_through_war, eventually when the Ukrainian invasion began his page took on an entirely new meaning. He talked to me about the drastic changes in an interview with me for The Science Survey. “(I decided to cover the war because) it was relevant. At the beginning of the war, nobody was covering it and us Instagram pages were reporting things hours or even days before news agencies picked it up.”

Consequently, Instagram pages were the first to publish the Ghost of Kyiv story. An unknown pilot who had supposedly downed 40 Russian planes, an impressive feat for the outdated Ukrainian air force, began to spread on Twitter as users speculated on the identity of the pilot they had already dubbed “The Ghost of Kyiv’.” Official Ukrainian accounts started to join in on the spectacle early on. The Ukrainian Security Service first posted a masked Fighter Pilot calling the ghost an “angel” just days into the war. The Defense Military later praised a pilot for his courage in battle, claiming that he had died in battle, awarding him the “Ghost of Kyiv” title.

Just weeks later, the Air Force Command has stressed that the ghost was a simple morale boosting tactic, and in fact not a real pilot. They urged Ukraine “not to neglect the basic rules of information hygiene” and to “check sources before spreading information.” But their confession still hasn’t stopped the ghosts’ ascent. Russia has failed to dominate an airspace it should have easily taken and Ukrainians and Westerners alike continue to praise the collective spirit of Ukraine.

For most not living outside the conflict zone, the ghost was the first sign that Ukraine would not be a painless win for Russia. Sela Emery’23 added, “When I first started seeing posts about the war, I was obviously worried that Russia would just decimate Ukraine. But seeing posts online about Ukrainian pilots’ resistance was one of the early marks that the war wouldn’t be quick and easy.”

If the Spanish-American War is considered the first media war, then most consider the Arab Spring the first “Facebook revolution.” Revolutions rapidly grew in Tunisia after Ben Ali, the country’s long-time president, was quickly ousted after a handful of Western papers discovered WikiLeaks documents implicating the administration in years of extreme repression and corruption. After Ben Ali fell, a domino effect ensued across North Africa and the Middle East, toppling four leaders as it went.

Online forums were integral to the spread. An anonymous Egyptian organizer told followers, “The revolution started on Facebook. I want to meet Mark Zuckerberg one day and thank him.” Modern_combat_history agreed on the importance of Instagram to both past and present conflicts. “In the past, getting the news was waiting long amounts of time with not too many photos or videos. Now everything is being documented, from war-crimes to simple things in the war. And the use of media and electronic warfare will just continue.”

The same tech wave that sent authoritarianism into freefall eventually reached Myanmar. In Myanmar, Rohingya Muslims had been one of the most persecuted groups on the planet for decades. Eventually, after years of violence, they centralized in Rakhine, a small state in Western Myanmar. Military officials took to the novel applications like Facebook and Twitter to begin a concentrated genocide on the people. Senior officials posing as celebrities, random people, and even politicians filled feeds with conspiracy theories and hatred.

The Burmese people came onto the websites met with blatant falsehoods claiming that Islam was hellbent on destroying Buhdist culture and that recently crimes against the Buddhists had risen two fold. Eventually, with the onset of Facebook’s swift rise in the country, their campaign worked. Ethnic cleansing, forced migration, and sexual assault all made up one of the bloodiest genocides in human history. More than 6,000 muslims were killed in the first month of conflict, quickly forcing the remaining hundreds of thousands to flee the country.

Facebook has been found largely complicit on the ground level. A UK based firm representing the Rohingyas, who are suing the company for 150 billion dollars, detailed the companies negligence in amplifying the hate speech. The company’s accelerated growth in the region was not met with adequate moderators, knowledgeable of the situation, that could have halted the massive hike in posts inciting violence or simply perpetuating lies. These deeply problematic posts were allowed to grow with no oversight from the company, and they were largely the only source of communication and news for the Burmese people.

Russian operatives have taken similar actions in their crusade against the Ukranians. Foreign media has been widely banned in Russia, leaving many trapped in a tight echo chamber. Russian President Vladimir Putin has utilized the practice of restriction and flooding to guide the people’s perception. First, independent sources are made incredibly hard or impossible to reach, then other avenues like Facebook and Twitter are flooded with pro-Russian bots or officials pushing a fabrication far out of the realm of reality.

In large part, this strategy has paid off. Both independent and state sponsored pollsters have demonstrated a quick surge in approval for both Putin and his war in Ukraine. In a report conducted by the London School of Economics, 68% of Russians claimed they supported the war when asked straight up. Similarly a survey from the Levada Institute, widely recognized as the most reputable pollster coming out of Russia, found that 71% of Russians approve of Putin as Prime Minister.

But with any surveillance state, stories manage to break through the stronghold. The first apparent crack came from a video circulated on a popular Ukrainian communication service, Telegram. The video appears to show a captured crying Russian soldier, fed and clothed by his Ukrainian adversaries, call his mother after surrendering. The soldier told his mother that he was safe, as a man out of frame yelled in Ukrainian “They give away their children as cannon fodder. They don’t know where they are going, they just wander around. Rise, woman! You must all rise up and get Crimea up on your feet! Get people up on your feet! You see your son is alive, nothing bad will happen to him.”

The video is one of many in the Telegram channel “Find Your Own,” a channel solely dedicated to identifying prisoners of war for both Russian and Ukrainian forces. For many back in Russia, the channel was where they discovered where their sons had gone. Families simply knew that their children were in the military, but they were never alerted that they had been sent to Ukraine or worse, that they had been captured.

MCH ended by telling me, “Social media allows for one person to reach thousands or millions at once. For viewing; anyone can make up a lie and have people believe it.” As social media companies race to cover up years of negligence on moderation in the wake of the next new crisis, Ukraine showcases the value in free flowing ideas. But Silicon Valley once demonstrated control over the power they released, as they spread faster than they can regulate, they run the risk of losing the race against themselves.
“In the past, getting the news was waiting long amounts of time with not too many photos or videos. Now everything is being documented, from war-crimes to simple things in the war. And the use of media and electronic warfare will just continue.”