A selection of books that the Bronx Science seniors of 2022 loved. 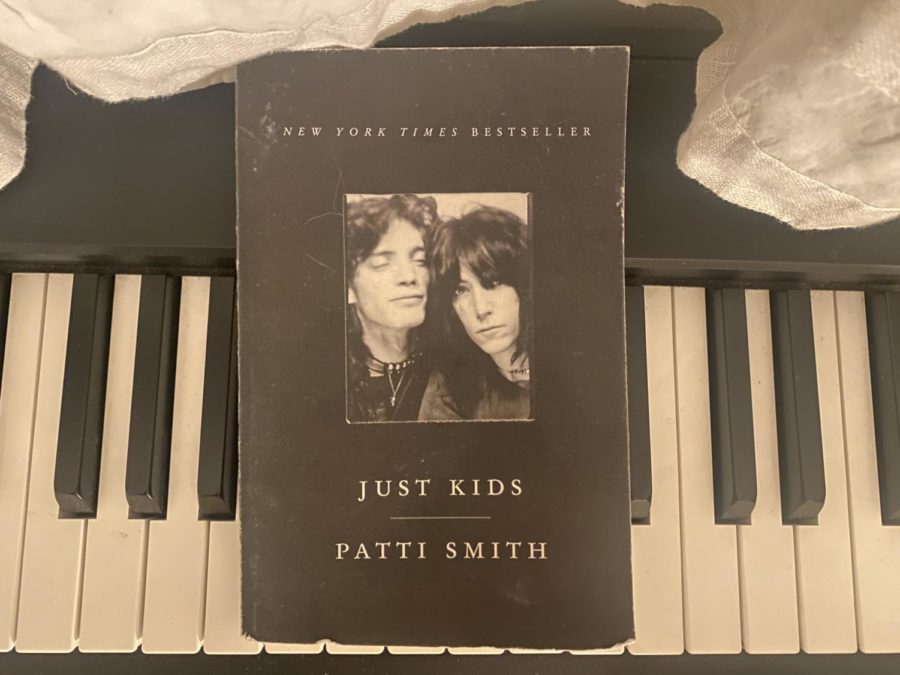 Here is my copy of 'Just Kids,' my favorite book.

If every 9th grader at Bronx Science chose to read a book a week for all of high school (unrealistic, but not impossible), they would have read around 209 books individually and 167,200 books collectively by the end of senior year. These 167,200 books would vary in both objective features, such as genre, author, and time period, and subjective features, such as the quality of the plot and the development of the characters. 167,200 books leaves room for the good, the bad, and the ugly. To make your lives a little easier, I have weeded out the bad and the ugly, leaving the seniors with only the best of their good books.

To start this list off strong, I should begin with my favorite book: Patti Smith’s memoir. I decided to read Just Kids last summer after going on a Patti Smith listening spree, and found myself transported to the Chelsea Hotel in the early 1970’s (where I belong). The book focused on her relationship with photographer Robert Mapplethorpe, and provided an intimate view into the lives of the two artists. I was fascinated by the bizarre surrealness of her experiences and moved by the honesty of her writing. A week after I finished reading Just Kids, I was delighted to discover Patti Smith performing in the small gazebo of the Elizabeth Street Garden for a crowd that couldn’t have been more than 40 people. It felt like a scene from her book.

The Girl with the Dragon Tattoo by Stieg Larsson

Elizabeth Obrusnik ’22 read Larsson’s psychological thriller in a hammock in Pennsylvania the summer before her senior year. Recommended to her by her sister, The Girl with the Dragon Tattoo absorbed Obrusnik’s crisp mornings and warm afternoons for a week straight. The mystery was always accompanied by a cup of coffee. “I enjoyed The Girl with the Dragon Tattoo partially for its suspense, but mostly for the stories and lives intertwined so perfectly with the investigation of a 40 year old murder mystery. It unraveled complexity in relationships, the dangers of journalism, and perhaps my favorite protagonist, Lisbeth Salander,” Obrusnik said.

Mia Goldberg ’22 found Homo Faber to be a phenomenal piece of existentialism – one that probes at the modern condition of a society inching towards technological dependence and away from personal experience. “I found the protagonist, Walter Faber, to be simultaneously insufferable yet sincere in his insistence on viewing the world through pragmatic and unsentimental terms,” said Goldberg. Frisch’s language made the book that much more effective. “There isn’t a word in the story that I would change – Frisch is extremely exact and calculated in his sentence construction and vocabulary choice used to convey Faber’s inner workings.”

Tristan Weng ’22 stumbled upon Hosseini’s novel while Googling “sad books.” He spotted A Thousand Splendid Suns both on a website featuring “15 Sad Books that will Emotionally Wreck You,” and, to his surprise, on his very own bookshelf (where it had been sitting untouched for some time). Weng then began to read the book every morning on the train, and found the book fit his bill. “The story has everything from tragedy to romance to really good character development, and it makes you sympathize with the characters…it feels real, and from someone who hasn’t experienced war, I think it really is able to convey the feelings involved. It is a sad book,” said Weng.

The Glass Castle by Jeannette Walls

Julia Gallent ’22 read The Glass Castle twice, once at the beginning of high school and again at the end (both times during her commute to school). The novel is Walls’ memoir, recounting her dysfunctional upbringing and resilience throughout. “I remember my teacher in middle school read us an excerpt from the first chapter, and since then I had wanted to read it… I like reading memoirs and seeing how other people’s lives are so different from my own,” Gallent said.

Ava Kawamura ’22 read Homeland Elegies the summer before her senior year. Written from the perspective of a first/second generation immigrant, the novel focused on themes of identity and belonging which Kawamura found relatable. “It was interesting because the author crossed fiction and autobiographical writing, so it was half a true story about him and half made up,” Kawamura said.

Allie Smithie ’22 read Ironweed, the third book in William Kennedy’s Albany cycle, as a tribute to her family’s time in Albany. “I felt that I should read the Albany cycle, which narrates the story of the Irish Americans who live there, because my family lived in Albany for a long time,”  Smithie said. Smithie first picked up Ironweed during her ninth grade year, but gave up after the first chapter. Her second time around, however, proved to be more fulfilling. “I read it again earlier this year, and I loved it; it’s told in a series of acts, almost Greek tragedy style. Francis Phelan is such a compelling character,” she said.

Samgar Aidarhanov ’22, always seeking out new and innovative ways to make money, looked to Napoleon Hill’s Think and Grow Rich for inspiration. Aidarhanov decided to read it while procrastinating over his summer “side projects” (money making endeavors that Aidarhanov chose not to disclose). Reading about successful, rich entrepreneurs motivated him to continue his work. “I liked it because it provided me with a new outlook on daily life — the mentality of successful people that have influenced generations. It’s an inspirational story that affects mental clarity and focus on its readers,” Aidarhanov said.

A Murder is Announced by Agatha Christie

Sam Stille ’22 read Agatha Christie’s crime novel classic A Murder is Announced while in Paris, a fitting setting for a murder mystery. The work of fiction centers around Christie’s detective Jane Marple, and contains shocking plot twists throughout. Stille, a huge fan of Agatha Christie’s writing, found the plot twists particularly exciting, and thought the mystery was extremely well thought out.

Gabriel Malpica ’22 was immediately drawn to Scythe because of his interest in dystopian novels. He soon found himself absorbed in Shusterman’s reimagining of the world as he binge-read until late at night in his bed. “I enjoyed it because it really hit on a lot of the problems with the world all at once…the idea that humans with power will always corrupt, despite our best intentions,” Malpica said. Scythe also made Malpica ponder the concept of immortality: “A pointless eternal existence is just that…pointless and meaningless cycles of daily living cause monotony that kills the drive to improve or do anything.”

Dori Held ’22 picked up Kate Elizabeth Russell’s My Dark Vanessa for its mature themes and format. The chapters of the book alternate from the headspace of 15 year old Vanessa in 2000 at boarding school to 32 year old Vanessa in 2017 coming to terms with a past abusive relationship in the midst of the #MeToo movement. Held found the book to be both powerful and uncomfortable, inspiring and full of hurt.

Ready Player One by Ernest Cline

Ben Raab ’22 read Ready Player One, Ernest Cline’s science fiction novel now-turned movie, this past summer. It stood out to him among science fiction novels. “It layers a riveting plot about an Easter egg hunt in a virtual world with messages about how a worsening fossil fuel crisis and a growing reliance on technology will impact our future,” Raab said. The book also aroused a sense of nostalgia in Raab, as Wade’s adventures were reminiscent of stories Raab enjoyed when he was younger, such as the Harry Potter novels and Percy Jackson series.

The Autobiography of Malcolm X by Alex Haley and Malcolm X

Jeremi Urbaniak ’22 read The Autobiography of Malcolm X in November of his senior year while commuting to and from school. Urbaniak was inspired to read the autobiography after discussing the limited view of American history offered by American high schools’ curricula. He hoped to fill the gaps in the watered down version of American history he had been taught in school: “I knew Malcolm X was a controversial figure. However, I was skeptical about others’ assessments of his character, so I figured reading his autobiography would help explain not only his life and what he preached, but the lens through which he viewed American politics,” Urbaniak said. The read proved to be beneficial, as Urbaniak gained insight into both Malcolm X’s life and the African American community at the time. “Although I don’t agree with all of his provocative statements, it was incredibly eye opening to learn about his perspective…I believe he had the potential to break through to the mainstream as a man who deeply cared about solving the race issue within America, having his message heard not only by those most affected but throughout all of America,” Urbaniak said.

The Bronx Science seniors of 2022 have taken advantage of their time in high school, exploring genres from science fiction to autobiographical writing. While these book reviews are almost purely subjective, they may inspire you to form your own opinions, and perhaps even complete your high school career with 209 books in the log.
“I found the protagonist, Walter Faber, to be simultaneously insufferable yet sincere in his insistence on viewing the world through pragmatic and unsentimental terms,” said Mia Goldberg ’22.