A Profile on the Lone Star State, Texas: Cowboys, Barbecue, and an Iconic History

Texas is one of the largest states in America, and it is known for its unique culture, dignity and barbecue. 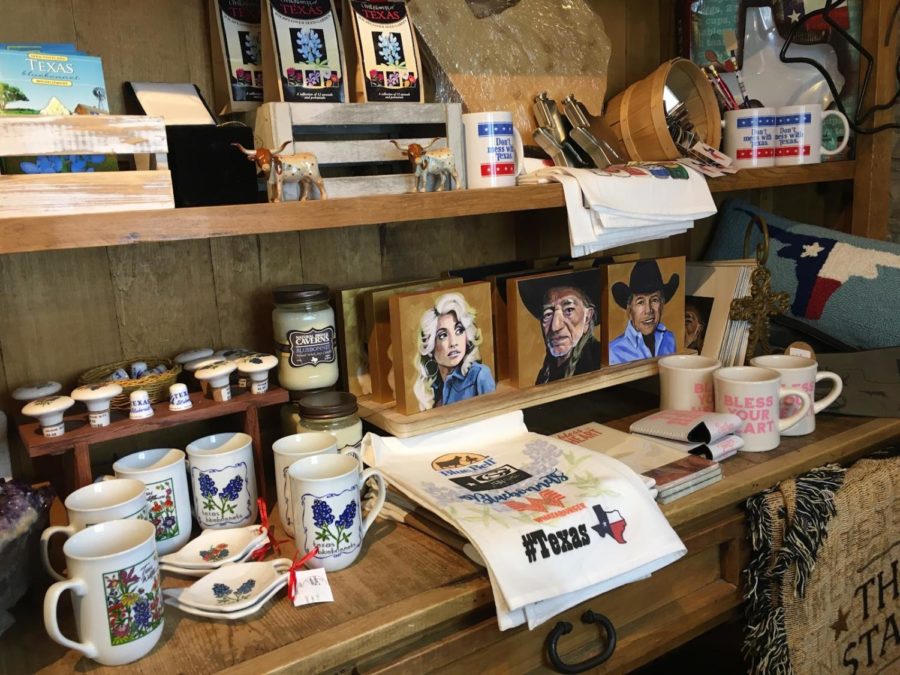 Before I visited Texas, I thought of it as the ‘cowboys and desert’ state, but during my family’s trip there, I discovered that there’s a lot more to the story of Texas. Yes, “Everything’s bigger in Texas,” but that also includes its history and culture, not just the size of their highways and their speeding limits. We noticed the friendliness of the residents and abundance of Lone Star flags, but also the slow, somewhat wholesome, small-town life in contrast with New York City.

Honestly, I did not see as much cowboy garb as expected in Texas. In hindsight, cowboy hats and boots are not the most practical for daily use (contrary to popular belief, much of Texas is not an arid desert). Cowboy boots have a distinctly Western style, from the pointed toe to the decorative leather. Cowboy boots were first custom-made to protect cowboys from the dangers of the Wild West, such as the rocky terrain, thorns, and bruising from horse stirrups (where they put their feet when riding a horse). On the other hand, the classic arch and style of the cowboy hat would protect cowboys from wind, rain, and the blazing Texan sun, explaining its prevalence in cowboy fashion. Today, the famed footwear and cap are both making a comeback, more so for their style rather than their usefulness.

A tour of the state just wouldn’t be complete without trying Texas barbecue. As Aaron Franklin (co-owner of Franklin Barbecue) wrote in his book, Franklin Barbecue: A Meat Smoking Manifesto, “People … expect the state to look like the desert backdrop of a Road Runner cartoon. But … this massive state has a diverse landscape. Texas barbecue is just as diverse as its terrain.”

Texas barbecue favors beef brisket over all other meat cuts, but beef ribs and pulled pork are also popular. Brisket is the lower chest/pectoral muscle of the cow and bears up to ⅔ of the animal’s standing weight, so the barbecued brisket is cooked for approximately 8-10 hours to fully tenderize the connective tissue. The result? Salt and peppered, falls-off-the-bone meat that is typically served with slices of white bread, mustard potato salad and pickled vegetables.

Franklin Barbecue is one popular barbecue restaurant in Austin. Customers wait hours to taste some authentic Central Texas barbecue, standing in a winding line that extends far past the door. They’re open only during lunch hours: from 11 a.m. until they’re sold out (2-3 p.m.). But you’ll be sure to find customers starting to line up as early as 8 a.m. to secure their order of brisket. From time to time, the staff will come out to update the eager customers, telling them what’s left in stock – the brisket is usually long gone. Fortunately, we were able to grab some lunch without the four-hour wait.

The food was tasty, but we were more familiar with the less tender char-siu (Chinese barbequed) pork. Unacquainted with salty Southern food, we found the barbecue a bit on the salty side. I enjoyed the mustard potato salad, but the pickled taste isn’t for everyone. As my dad said, being a New Yorker, it’s hard to be impressed by food.

Upon reading up on the early beginnings of Franklin Barbecue, the Franklins’ success story and dedication that continues to this day touched my heart; I figure that people come here for the culture and experience just as much as they do the food, such as 8 a.m. breakfast tacos (typical of Austin) as they wait in line for hours, the thematic country feel of the interior, and watching “the cutter” cut the meat for your order. Franklin Barbecue is a well-rounded place, with classic barbecue, hardworking employees, and a lively community and culture (especially surrounding the long wait times).

As my family and I drove around Texas, we noted the abundance of orange and white striped A-frames and highway signs toting the well-known “Whataburger” chain. Eventually, we thought we should try Whataburger for ourselves. My dad and sister had burgers and fries, while my mom had a patty melt (a Texas toast sandwich), and I had a burrito. The menu was quite simple, and it didn’t have too many out-of-the-ordinary options.

While waiting for our food, I glimpsed a sign with an overview of Whataburger’s history and its emphasis on hospitality. After a while, a waitress walked over to our table and presented us with our first taste of Whataburger. Unlike typical fast-food chains, the waitress brought our food over to us; she even brought over a tray of ketchup (both classic and spicy), which she offered to us. The gesture, uncommon in other fast food chains, made an impression on me, as my mind recalled the values statement that I had read earlier  – ‘today, we still call everyone who walks through our doors family.’ While the food was fine, for me, the heart of Whataburger was the humble hospitality and the homey feeling that framed a simple get-together with family and friends.

As we drove through a Texan town, I saw numerous houses proudly waving a red, white, and blue flag. But, it wasn’t the U.S. flag. Instead, it was the flag of Texas. As one of the few states that used to be its own independent country, Texas has a unique history behind its statehood.

Native Americans inhabited the land before the Spanish claimed the region in 1519; the land remained relatively untouched by the Spanish. Centuries later, Moses Austin had a goal of making Texas an American colony. With some help from Baron de Bastrop, he received the land grant from the Spanish governor in 1820. Following his death, his son, Stephen F. Austin, picked up his father’s work.

In 1821, Mexico gained independence from Spain, taking Texas along with it. Mexico encouraged American settlement, planning to integrate settlers into Mexican culture and the Catholic faith. However, the rebellious self-proclaimed ‘Texians’ refused to conform to Mexican culture. Even more tension broke out when Mexico outlawed slavery in 1829; the American settlers refused to let go of their enslaved persons. Fearing the spiraling loss of control, Mexico banned American immigration. But by then, there were already 30,000 American Texans – and they didn’t stop coming.

In 1833, General Antonio López de Santa Anna – the ‘Napoleon of the West’– successfully overthrew the Mexican government and became the President of Mexico. Santa Anna would prove to be vehemently against Texas statehood. When Austin and other delegates advocated for certain initiatives (allow U.S. immigration, slavery in Texas, etc.) Mexico agreed to some changes, but they still refused Texas independent statehood; Austin was jailed for suspicion of inciting insurrection.

In response to Austin being jailed, the large American population revolted against Santa Anna; Santa Anna sent 6,000 troops to put down the revolts. Their first battle began on Oct. 2nd, 1835. The Texan Revolution had officially begun, and it would prove to be bloody.

The Texans won the first six battles, but the Mexicans won the next two battles, foreshadowing the infamous siege of the Alamo. On Feb. 23rd, 1836, Santa Anna and his troops attacked the Alamo. The siege of the Alamo is one of the most well-known battles in American history. 183 Texans held the Alamo for about twelve days, but they were no match for the 1,800 Mexicans in Santa Anna’s army. On the thirteenth day, Santa Anna and his men stormed the fort and killed almost the entire Texan army, executing the few remaining men. Famously, American folk hero Davy Crockett died defending the Alamo. Santa Anna’s cruelty motivated many other Texans to join the fight for Texan independence.

After fleeing upon hearing news of the Alamo defeat, General Sam Houston later rounded up a ragtag army with 800 troops of Spanish Texans and fought two more battles, both won by the Mexicans, until the final Battle of San Jacinto.

The Texans, motivated to defeat the ruthless Santa Anna, passionately fought the Battle of San Jacinto in April 1836. Within 18 minutes, half of the Mexican army was killed. The Texans had overcome. Santa Anna was forced to sign an independence treaty. Texas became the Lone Star Republic, with Sam Houston as its first President and Stephen Austin as the Secretary of State. They soon adopted the famous Lone Star flag.

The U.S. refrained from annexing Texas until 1845 due to persisting conflicts on the Mexico-Texas border. After failing to settle border disputes, the U.S. declared war on Mexico. Later, the U.S. negotiated the Treaty of Guadalupe-Hidalgo, where Mexico gave up the “Mexican Cession” to the U.S. for a mere $15 million (or around $298 million in 2005 value) amongst other treaty outlines.

In 1860, President Abraham Lincoln was elected; President Lincoln’s stance on slavery threatened the status of slave-holding states like Texas. In 1861, Texas joined the Confederacy and thus began the bloody war waged between the North and the South. After the war, Texas was readmitted into the United States in 1870.

No other state has a history like Texas, and no other state waves its flag with as much dignity. There was even a Texas-shaped waffle maker at one hotel in San Antonio! Customary of the South, Texans have a very warm and hospitable culture. Throughout our stay, my family remarked on the friendliness of the people in contrast with New Yorkers.

Acquainted with the fast-paced New York tourist experience, we were surprised that much of Texas is not as ‘touristy’ as we expected. We visited the state capitol building, the San Antonio River-Walk, the caves at Natural Bridge Caverns, the Alamo, and remnants of the Native missions, but during the afternoon that we visited Whataburger, we ran out of places to visit. Even downtown Houston was not as busy as we had expected – though in fairness, it was a weekday afternoon. There was also little appeal in eating out for dinner, with few outstanding restaurants in the region(s), so we simply had salad and some meat for dinner several times.