Presidents of the Civic Engagement Club Carolina Hohl ’22 and Meena Shikes ’22: Leaders of a Brighter Tomorrow

The co-presidents of the Civic Engagement Club organize and lead discussions about how high school students can be more involved in the political world. 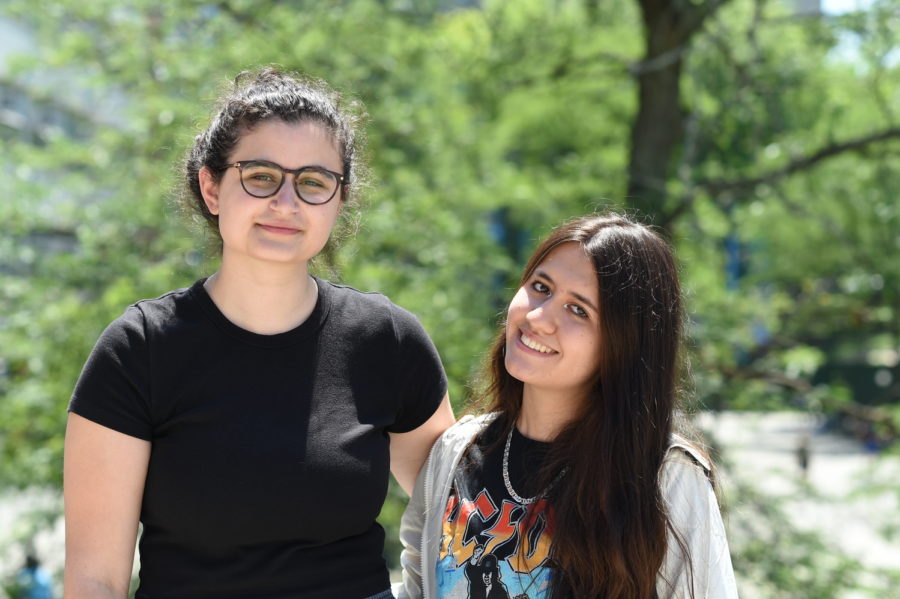 Meena Shikes ‘22 and Carolina Hohl ‘22, were the co-presidents of the Civic Engagement Club during the 2021-2022 academic year. “I think that if students are active citizens involved in their community, they are more likely to continue this behavior when they become adults. In other words, early exposure to this would probably increase the likelihood of active citizenship in adulthood,” Shikes said.

Every Wednesday, in Room 309, discussions about a brighter future take place. Civic engagement in high school students is an extremely important aspect of our teenage lives. We face the consequences of political decisions that are currently being made and should be aware of how they will affect us. Meena Shikes ’22 and Carolina Hohl ’22 made it possible for Bronx Science students to have a place to discuss and learn about how we can be more involved in the political processes in the country.

Currently, the average age of members in Congress is 59-years-old. The average age in the Senate is 64. Yet, the median age of Americans is 38-years-old. The people in our government should represent our population, rather than make laws based on dated ideas. Our country and our ideologies have progressed significantly, and the current members of the government often don’t accurately represent those beliefs. It is critical for people of our generation to vote and make their voices heard, so that we can fix the issues that we have grown up witnessing in the news and around us.

Shikes and Hohl co-founded the Civic Engagement Club in March of 2021 as a result of a research project conducted in their social science research class. The topic was, “how an increase of knowledge on voter accessibility laws affect voter turnout in New York City,” Shikes said. They also found that young people are less likely to vote than older people, which could be harmful in the long run. The younger generations are the ones that will be facing the effects of current decisions. “After the project ended, four other students and I realized that we felt passionate about voter rights and about being active citizens, even as teenagers,” Shikes said.

Since then, the club has planned many events, invited guest speakers, and cultivated intriguing discussions about current events that affect us as students. The members of the club also discuss other topics such as “the mayoral race, voting accessibility and felon disenfranchisement,” Hohl said.

Voter suppression is also a widespread occurrence throughout the United States. According to the ACLU, more than 400 anti-voter bills have been passed. They cause unnecessary obstructions for voters, especially people of color, the elderly, students, and people with disabilities. One example of this is voter registration restrictions. Kansas Secretary of State Kris Kobach introduced a law in 2011 requiring potential voters to have proof of citizenship with them when registering, which most people do not carry around with them. This blocked more than 30,000 Kansans from registering to vote. Another proposed law was that people who submitted “incomplete applications” could face criminal or civil penalties. The ACLU eventually filed a federal lawsuit and blocked this law in 2019.