A cultural examination of beauty standards and skin color modification, throughout the centuries. 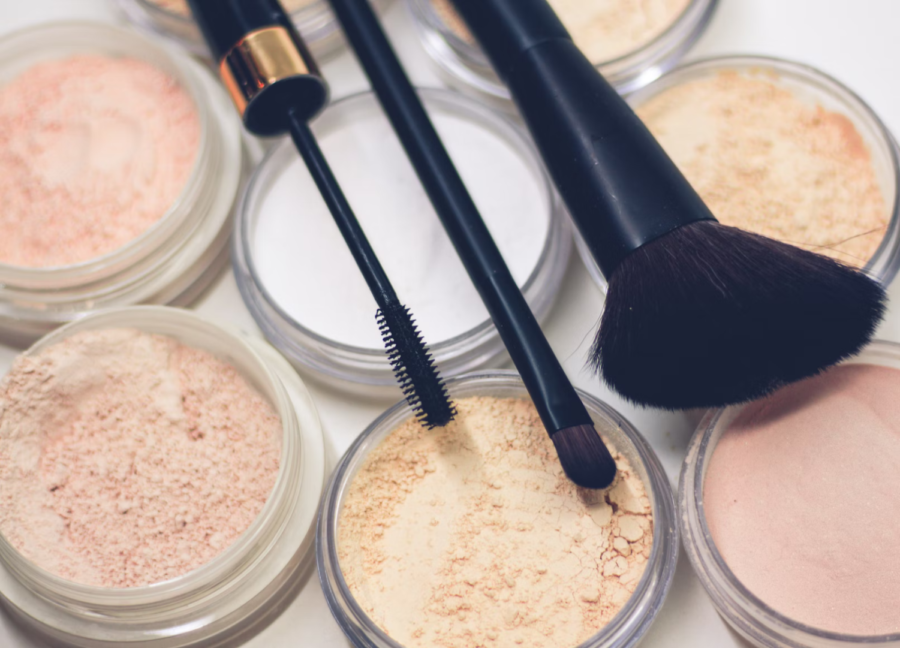 The use of make-up is widespread in many cultures today. It has a long history. During Elizabethan times (1558 - 1603), women would apply a thick layer of white foundation onto their faces.

“Beauty is pain” remains a commonly heard phrase. Throughout history, numerous women have gone through great pains and endangered their health in order to obtain the beauty they desire. Various questionable methods have been used with many of them doing more harm than good.

During Elizabethan times (1558 – 1603), women would apply a thick layer of white foundation onto their faces. This trend started with Queen Elizabeth I who was widely known for her flawless complexion and her beauty, and during that time period, it was believed that a woman’s beauty enhanced her power.

In 1562, the queen contracted smallpox. To preserve her image, she put on very heavy white makeup to hide the damage that smallpox had caused to her skin. While her foundation temporarily concealed her flaws, it ultimately ended up contributing to her disfigurement, as it contained ceruse which is essentially white lead.

Ceruse can lead to poisoning, hair loss, muscle paralysis, and poor mental health. Noble ladies followed this routine regardless, believing it to be a new trend, and eventually ended up ruining their own skin as well. This led to a vicious cycle where you had to continue applying makeup to conceal the damage that the makeup caused.

Women during the Middle Ages would apply flour or lead-filled foundation to their faces. During this time period, makeup was forbidden by the church. Regardless, women still continued to apply makeup onto their faces while denying all accusations.

Women during this time period did not only wear makeup to look pretty but to preserve their life. As ironic as it may seem, wearing makeup prolonged the lives of many women. During the Middle Ages, it was believed that the devil would place a mark upon his brides, the witches, in the form of freckles, moles, or birthmarks. Women with any “blemishes” on their skin could be accused of practicing witchcraft.

In the past, pale skin was often viewed as a sign of wealth and nobility. Poor lower-class workers had no choice but to spend all day outside. Since they were constantly exposed to the sun, they became more tan. Eventually, becoming tan was seen as a character trait of the poor. Nobles and the wealthy never had to work or stay out in the sun for extended periods of time, causing them to have paler skin tones.

An example of this can be seen in Asian countries such as South Korea. South Koreans, especially those in the K-pop industry, are often criticized for having a darker skin tone. Korea has a very specific beauty standard: big eyes, a slim nose, a v-shaped jaw, and especially clear and fair skin. These are all features that have been heavily emphasized as desirable in the Korean pop industry. Unlike other cultures, men are also expected to follow similar beauty standards in the K-pop industry. People without pale skin are often criticized and have their photos whitewashed. Whitewashing is a commonly used technique to make the people in the photo look as though they have lighter skin.

Another Asian country that has similar beauty standards is Japan. Starting centuries ago, the Japanese were known for their love of pale skin. Japanese geishas would apply white powder all over their faces to mimic flawless white skin. Geishas were known to be the epitome of beauty in Japan. Their grace and elegance were admired and imitated by many young women. Although they are often mistaken for courtesans, they only sold their art. The word ‘geisha’ most literally translates to ‘the artisan.’ One of their most recognizable features is their powdered white skin.

As time passed on and technology continued to improve, beauty standards slowly changed. More and more people were seeing tan skin as desirable, especially in the West. Starting from the Industrial Revolution, countries have also seen a shift in jobs. Most people no longer work in the sun on a farm, but instead, they work in a factory or someplace indoors. While the poor were stuck inside buildings working, the rich could go outside and enjoy life. The creation of better transportation such as cars, trains, and planes also contributed to this, as it allowed wealthy individuals to more easily visit exotic islands or beaches.

In the late 20th century, tanning saw a rise in popularity. More and more young adults chose to tan their skin both naturally and artificially. Going to the beach is not always a suitable option for most people, thus leading to a rise in tanning beds and salons. Tanning beds are usually on the pricier side costing around $1,500 to $6,500. Due to the high costs of tanning beds, many tanning salons have opened up to provide tanning to those who can’t afford or don’t wish to purchase a tanning bed.

These tanning salons provide artificial tanning through the use of tanning beds and tanning spray. While it can help people achieve that bronze look they desire, it is a temporary measure. People who choose to get a tan through tanning salons must revisit one to three times a week to maintain their tan. During these visits, customers are guided to tanning beds where they lay down for a set amount of time.

Tanning was once seen as a healthy alternative to outdoor tanning and it was believed that it would provide you with the Vitamin D your body needs. Later after more research, it was discovered that indoor tanning was not healthy at all and that it can cause negative health complications. To tan is to burn your skin, which can cause rashes and burns. It can also increase a person’s chances of contracting skin cancer, premature aging, wrinkling and cornea and retina damage.

A safer alternative to tanning beds is through the use of tanning sprays. They are much cheaper and range from around $25 to $40. People can either have it professionally done at a salon or they can choose to do it by themselves.

Although it is considered the least dangerous method to gain a tan, it still poses several health complications. There’s always the danger of having an allergic reaction to the process and contracting contact dermatitis. Using tanning sprays can aggravate asthma and cause lung problems if inhaled. Some other side effects include dizziness, coughs, and eye irritations.

Overall, tanning has proved to be very problematic with many negative health effects. The same could be said with skin-lightening procedures and products. So many sacrifices have been made to change how one looks in order to adhere to the beauty standards of a given time and place. Many times, one’s health has been compromised and one’s life span reduced to gain a more ideal look.