The Film Director Andrei Tarkovsky’s Journey Through the Soviet Union

Tarkovsky, shaped by the Soviet Union, illustrated complex interweaving stories of connection and faith in his films. 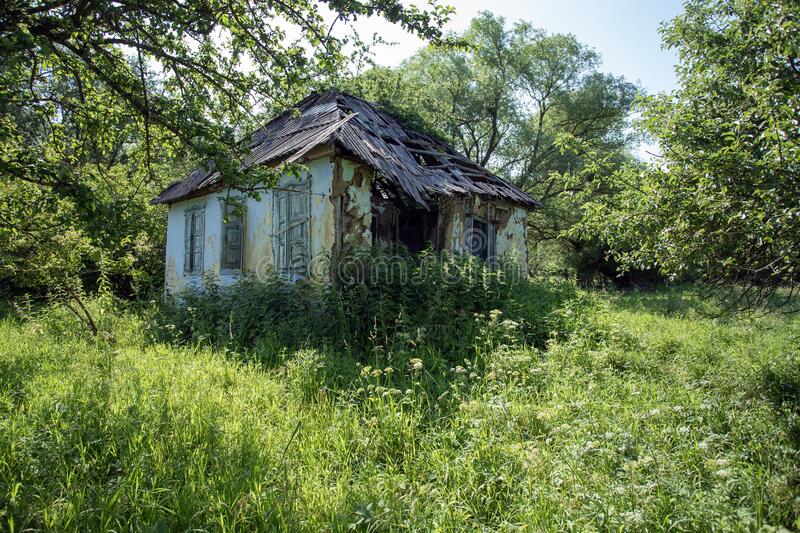 As the agriculture sector fell apart under Stalin, it became a favorite backdrop for Tarkovsky in his films.

Andrei Tarkovsky believed that his art was the product of an imperfect world. He is quoted as saying that his art would be “useless had the world been perfect.” This philosophy is easy to track from all of his works originating from the former Soviet Union. Many of his works depict a melancholy point of view, across a backdrop of violent battles of forces that are larger than any of his characters can comprehend.

In a Russian war-torn beige-ish gray little town, those brave enough are led into the “zone” by stalkers, a special breed of people uniquely equipped and burdened with their connection to the zone. However, as stalkers lead men throughout the zone, it begins to change, revealing a dangerous metaphysical path that will only lead the men into rebirth or further damnation. This bleak picture, which once existed only in Tarkovsky’s mind, was shared with the rest of the international community through his 1979 film Stalker.

In Stalker, Tarkovsky sends three men into a nuclear wasteland labeled “the zone.” One is a writer, another is a scientist, and both are guided by a stalker through the ever-changing landscape. The stalker promises the men a prize at the end of their desperate journey, a room that grants whomever reaches it their deepest wish. Based on a poem, the film is centered around people’s innermost conflict — the desire for complete moral freedom and the desire for meaning. However, the stalker lives a life dedicated to purpose, even when the self-proclaimed rational thinkers begin to doubt his promise.

When Tarkovsky was four, Stalin’s purges began. Stalinism was antithetical to religion in the leaders’ mind, being a party based in logic and strong state power. Stalin believed that the complete worship of the Soviet Union and himself was all the people needed. Thus began his long war on religion. This experiment ultimately failed, as Russian Orthodox churches remain just as full as they were before Stalin’s reign, despite his best efforts. Jill Cook, director of the British Museum, explained in an exhibit that the project ultimately failed simply because “The practice of beliefs is natural to all people.”

Many believe that the prolonged hours filming Stalker largely near a nuclear plant ultimately led to Tarkovsky’s early death at 54.  Prior to his death, he spent the last defining moments of his life in exile, living in Italy, Sweden, and France, after the Soviet Union refused his request for indefinite leave to film Nostalgia, one of his last films. Anticipating his renouncement of citizenship, the office barred his son from leaving the state to visit his father.

In exile, Tarkovsky explored the very same ideas that he brought to the forefront in his epic, Mirror. In Mirror, Tarkovsky details a family separated by war, leaving two children and their mother to live in the rural Russian farmland. They stare off into their dirt road hoping that soon their father will make his return. Mirroring Tarkovsky’s childhood, the son soon drifts off into poetry and literature, as he grows apart from his mother. The children explore a world governed both by totalitarianism and their mother, two drastically different forces, as the audience is taken through the past, present, and future, seeing the effect that motherhood, faith, and war has on children.

Stalinism was not lost on a young Tarkovsky. It incited waves of rebellion, paranoia, and even national pride in him, eventually culminating in his interpretation of his own struggle within his films. Early on in Mirror, his mother, played by Larisa Tarkovskaya, thinks she has misspelled Stalin’s name as Sralin at the magazine where she works. A simple clerical error that would lead to Stalin’s name being translated as ‘toilet.’ She becomes a weeping frantic wreck as the camera follows her closely, an implied watchful eye right around the corner.

Mirror is a mass collection of memory for Tarkovsky, a passion project by definition. In it, he casts both his mother and father for their respective roles in the titular character’s adult life. Throughout the course of the movie Arensy, Andreis father, reads some of his most famous poems aloud multiple times. The most prominent being “First Dates” a poem that Arensy made after meeting Andrei’s mother and deciding to have a child together. The poem describes the process of falling in love and the feeling of becoming a unit through parenthood.

In one of his last interviews in Stockholm, Tarkovsky described the process of filming Mirror. “Consider for example my childhood home which we filmed, which you see in the film — this is a set. That is, the house was reconstructed in precisely the same spot where it had stood before, many years ago. What was left there was a… not even the foundation, only a hole that had once contained it. But when I brought my Mum there, who appears in several sequences, she was so moved by this sight that I understood immediately it created the right impression.”

Tarkovsky and his films were not simply a product of a broken Soviet Union but rather a small pocket inside of it, one filled with complexities, imperfections, and love.
“Consider for example my childhood home which we filmed, which you see in the film — this is a set. That is, the house was reconstructed in precisely the same spot where it had stood before, many years ago. What was left there was a… not even the foundation, only a hole that had once contained it. But when I brought my Mum there, who appears in several sequences, she was so moved by this sight that I understood immediately it created the right impression.”