The Beauty in Mathematics: A Profile of Mr. Li, Bronx Science Calculus Teacher 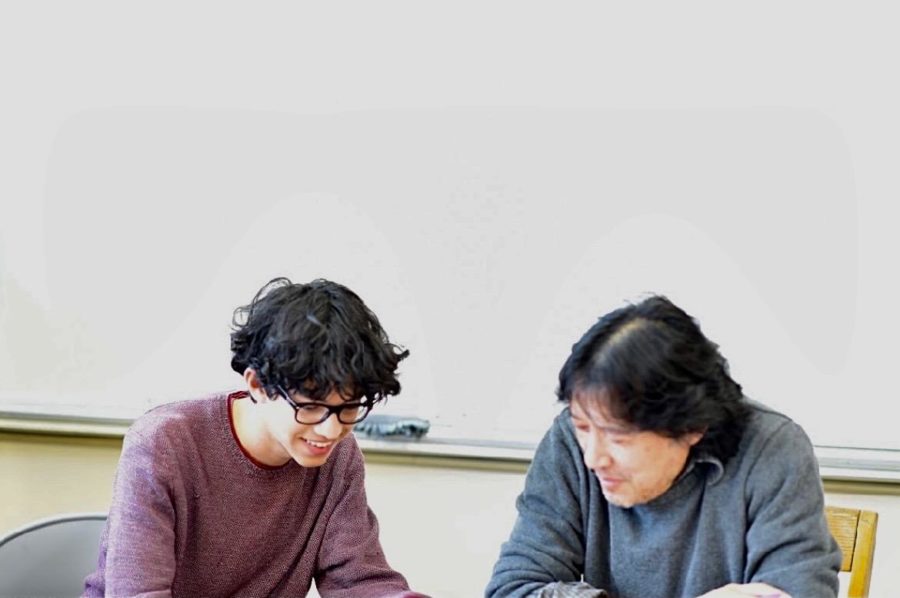 Mr. Yi Li, a Calculus teacher at Bronx Science, disliked math when he was growing up. This changed when he discovered a perspective in math that resonated with him.

“I had never liked math until I encountered work by Euler [a Swiss mathematician], who discussed math in a philosophical sense,” he said.

Mr. Li is originally from Beijing. When asked why he started teaching in New York, he answered, “I just needed a job. I heard New York City needed math teachers.”

He started working as a Calculus and AP Calculus teacher at Bronx Science ten years ago and also runs a tutoring center. He has years of experience teaching math to students of varying ages and abilities. Because of this experience, Mr. Li has learned the importance of balance in math classes, and believes that this quality of teaching is central to improving math education.

Balance can take on many forms. One is in student differentiation. “We should have balance, in that we focus on both struggling students and students who are more advanced,” he said.

Mr. Li added that there needs to be balance in teacher-student communications. While he maintains that teachers “need to care about [student] mastery” of math concepts, he stresses that compromises in workload and teaching material are important. This principle has become implemented in the way Mr. Li teaches and communicates with students.

Ishani Ragunathan ’22 has observed this balance between the more traditional teaching strategies Mr. Li uses and the more relaxed attitude he maintains during classroom rapport. “He’s a very sweet man. He always talks about his cat,” she said, reiterating the reputation Mr. Li has for being a mild-mannered and lighthearted teacher.

Mr. Li finds American math education to often be unbalanced because of its excessive focus on standards and examinations. “When tutoring kids in younger grades, I realize the curriculum is so focused on rules. The entrance math keeps kids so busy memorizing rules. The whole subject has lost the interest and creativity of the kids. The beauty of mathematics is lost on them. This can have a very bad impact. Kids will end up having no interest in mathematics,” he said.

“This is the challenge of math education. I don’t feel any joy teaching the curriculum. Teachers and kids both fail because of it. Rules are important, but we cannot only focus on the rules [of the mandated curriculum],” he continued.

He has also noticed disparities in what math topics are emphasized. “Trigonometry is not a success in math education. How to teach trigonometry effectively is a big concern to me,” he said.

Mr. Li tries to develop a balance between calculus and the world in his classroom in small ways. He specifically likes to connect calculus to philosophical ideas and real-life applications, which catalyzed his own appreciation for the subject.

“As I said, Euler was the first mathematician I knew that brought the philosophical sense into math. The way he discovered mathematics is very profound, and what he has discovered has a huge impact on the mathematical world.” This view shaped Mr. Li and how he teaches math. He has talked to his classes about the use of integrals during the Manhattan Project, the role of formulas in particle physics, and the beauty he finds in calculus, which he describes as an “unreasonably effective system.”

Naomi Liu ‘22 has taken notice of the attempts Mr. Li has made to connect his teaching to philosophical or scientific ideas. “I remember earlier this week he was talking about Schrodinger’s equation [the formula that describes quantum-mechanical waves],” she said.

She adds that he clearly likes math a lot, something that Mr. Li can attest to. He says that math is his main hobby, and enjoys reading and learning about math and science, as well as important people who have contributed to math and science. Mr. Li frequently notes his admiration for figures like Richard Feynman, Paul Dirac, and Isaac Newton in his classes.

“How to teach math, how to really appreciate math? It shouldn’t feel hard, it should feel joyful. Math is beautiful. There is a reason for math to be beautiful. It is the only language to describe the physical world. Math is the only language that can describe the fundamental laws of nature. If nature is beautiful, if nature is effective, then math is beautiful and effective,” he said.
Mr. Li tries to develop a balance between calculus and the world in his classroom in small ways. He specifically likes to connect calculus to philosophical ideas and real-life applications, which catalyzed his own appreciation for the subject.