The Home of Louis Armstrong: A Peek Into the Influential Jazz Figure’s House and His Life and Times in Corona, Queens

Louis Armstrong, 'The Father of Jazz,' lived a comfortable life in his home in Corona, Queens. His connection to the neighborhood created a long-lasting legacy of music and community that is still visible today. The Armstrong House has an incredible collection of art and records, still preserved and available to experience. 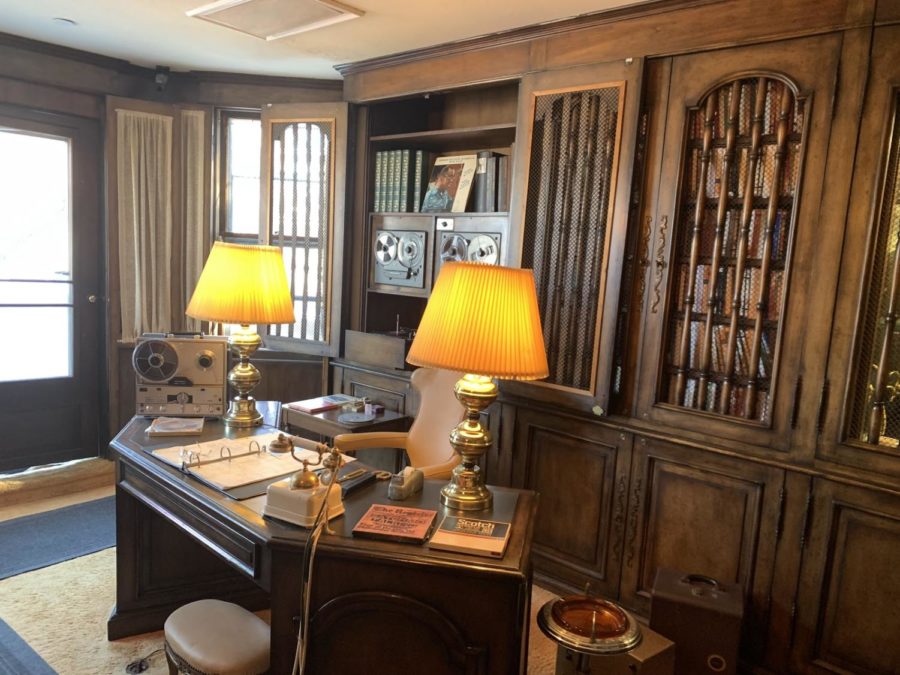 A soft yellow light glows through a bay window in Corona, Queens. To an onlooker, the Louis Armstrong house at 34-56 107th Street seems quaint and simple, yet its story is anything but.

The two-story building is comprised of a rich burgundy brick, and it once resembled most other homes in the neighborhood. Gable roofs and clapboards, however, have since replaced the older design, leaving the Armstrong house an anomaly on the block. That being said, simply admiring the building, it is clear that the architecture dates to the early twentieth century. Cream-colored, ornate roof borders and a rectangular bay window are all tell-tale signs of early Queens architecture.

The American trumpeter and vocalist Louis Armstrong was born and raised in New Orleans, Louisiana. Though it was later disproved by historians, Armstrong always claimed that he was born on July 4th, 1900. There was something characteristic with Armstrong about how he took pride in the American holiday, enough to claim it as his own. He grew up in a rough neighborhood in the city, living in poverty and spending many nights going to bed hungry, unsure of whether his family would be evicted. Armstrong’s upbringing shaped him into a humble and sensible man, two of his most celebrated traits.

As I went on a tour of the house, Harvey Fisher, my volunteer guide, provided an incredibly detailed description of the house’s history and gave insight into who Armstrong was. Fisher said, “the person on stage was the person behind the stage, and off the stage,” which could be seen in the countless magazine covers on which Armstrong was featured. His wide, sincere grin never faltered and became a staple of his performances and photographs. Despite finding fame and fortune, Armstrong never once abandoned his morals and family values, leaving a legacy of integrity and compassion alongside talent.

Upon entering Armstrong’s home, there is a pleasant surprise to the interior; the halls are lined with a rough beige and golden fabric which are representative of 1970s decor. There are many unique qualities about the house, the most notable of which is its variety in decoration and design, spanning from classic 1940s design to funky 1970s design. The living room reflects the style of many well-to-do households from the early twentieth century, showcasing an impressive collection of foreign art, furniture, and glass figurines.

Each room has a certain theme, such as the living room, which brings a touch of European influence. The intimate arrangement of the couches and dim lighting point to the affinity that Armstrong’s wife Lucille had for entertaining guests. In the center of the room hangs a beautiful oil portrait depicting Lucille in her late twenties, and to the left, there is a shelf filled with collected art from Louis’ global tours.

Amidst a row of miniature Venetian gondolas sits a delicate angel figurine. According to Fisher, the figurine was a gift to Armstrong from when he toured in Spain. It was specifically designed for Lucille as a homage to her Catholic roots.

Armstrong’s love and devotion to his house in Corona was a shock to Lucille, who purchased it without his knowledge in 1943. Initially, she planned to live in the house temporarily and upgrade to the lavish brownstones of Harlem. Yet Armstrong could not be persuaded to leave. To him, Corona represented a connection between his childhood in New Orleans and his present success.

Corona’s working-class community moved him in a way that high society never could. In one of the many conversational session recordings that he did in his den, Armstrong said, “There’s so much in ‘Wonderful World’ that brings me back to my neighborhood where I live in Corona, New York… Lucille and I, ever since we’re married, we’ve been right there in that block. And everybody keeps their little homes up like we do, and it’s just like one big family. I saw three generations come up on that block…That’s why I can say, ‘I hear babies cry / I watch them grow / they’ll learn much more / than I’ll never know.’”

Upstairs, tucked in the corner of the house is Armstrong’s den, where he spent the latter half of his life with friends, recording conversations and re-recording music. Deep brown wooden shelves behind the desk display an impressive compilation of records and tapes, which have been meticulously preserved by the museum’s archivists.

Armstrong’s legacy continues to flourish today, serving as a  reminder of how impactful music is in bringing people together and forming communities. Fisher remarked, “He’s not just the father of jazz, but he’s kind of the father of popular music, because nothing that was performed before him sounds the same after him. A lot of the people are not jazz fans, per se, but they’re Louis fans.”

Plans to extend the Museum’s artistic and educational resources are underway. Under Executive Director Regina Bain, the location of the Louis Armstrong Archives will be relocated across the street in the new Louis Armstrong Center designed and overseen by Queens College. The building will comprise a 75-seat theater that will be open year-round, art exhibitions celebrating jazz musicians such as award-winning pianist Jason Moran, and administrative space to engage and interact with visitors. The Louis Armstrong Center will be available to the public in late Spring 2022 and will provide further art access for Queen’s youth, an initiative headed by the Department of Cultural Affairs.

As I walked out of the museum, I looked to my right, at the Japanese-themed garden. Beyond the black iron gate, under the bright white snow, peeks a black lamp post. Though it had become dark outside, the light emitted by the lamp was just enough familiar yellow light for me to see vague outlines of bushes and plants by a circular cobblestone path. I thought to myself, ‘what a wonderful world.’

To listen to my tour of the Louis Armstrong house with Harvey Fisher, my volunteer guide, click HERE.

“He’s not just the father of jazz, but he’s kind of the father of popular music, because nothing that was performed before him sounds the same after him. A lot of the people are not jazz fans, per se, but they’re Louis fans,” said Harvey Fisher, a volunteer guide at the Louis Armstrong house.