She is running on a platform of justice and equity for New York’s 12th district. 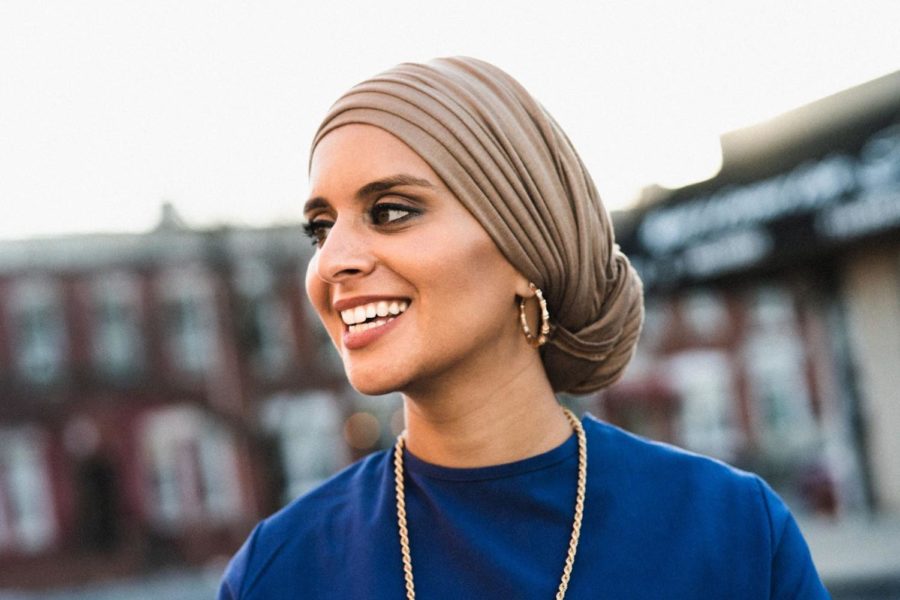 Courtesy of Rana for Congress

If elected, Rana Abdelhamid will be New York’s first Muslim congressperson and the youngest woman in Congress.

New York City’s 12th district spans most of the East Side of Manhattan, the waterfront neighborhoods of Queens, and northern Brooklyn. It is one of the most progressive districts in the city, mainly covering neighborhoods won by Maya Wiley or Kathryn Garcia in the 2021 mayoral primary.

The area that makes up District 12 has been represented in the House of Representatives by Carolyn Maloney — a member of the House Progressive Caucus — for 30 years. Despite Maloney’s standing as a House progressive, she receives colossal sums of corporate money every election cycle, and scandals like wearing a burqa on the House floor as a signifier of support the war in Afghanistan mar her past.

Maloney has faced challengers from the left in the past few election cycles, but for the 2022 primary, she faces a formidable opponent: Rana Abdelhamid.

Abdelhamid is a first generation American — the daughter of Egyptian immigrants — born and raised in New York City. She is a Queens native and product of New York City public schools (a graduate of Townsend Harris High School), who lived in District 12 until high rents caused by gentrification pushed her family out of her neighborhood. She is also quite young; Carolyn Maloney has been in office longer than she has been alive.

Abdelhamid would be a strong candidate on her own, but she was also recruited by Justice Democrats, a political action committee (PAC) with the goal of electing progressive Democrats in districts across America. “It’s really cool because I’m running with a slate of other candidates who are incredible,” she said. “We have this slate that’s like a community, where we talk to each other and support each other.”

The organization has supported many members of “the Squad,” including, most notably, Alexandria Ocasio-Cortez, whose upset victory in 2018 took place just a few miles north of Abdelhamid’s campaign. (Her journey from recruitment to election day, as well as that of a few other candidates, can be seen in the documentary “Knock Down the House,” which can be viewed on YouTube.)

Abdelhamid runs on a progressive platform, supporting policies such as the Green New Deal and Medicare for All. She is also for universal rent control, stating, “everyone who lives in New York knows the rent is too damn high.” She added, “it’s really important for us to create more accessible housing, more deeply affordable housing.” With a lot of New York’s focus on safety and crime, her approach differs from that of people like Mayor Adams as she prioritizes de-escalation and the prevention of violence.

Abdelhamid is an organizer first. As the founder of Malikah, a self-defense education group, she applies some of the lessons from her martial arts background to politics. On a philosophical level, she said, “I see within a lot of different political spaces in my life how important it is to come in places with a deep respect, with a collaborative mindset, with strong discipline, understanding your strengths and your power, but also knowing when is important for you to stand your line, and when it’s important for you to be more assertive in your perspective, and when it’s more important to take a step back and try to let others lead.” Creating safety has been her priority through teaching self-defense, and her plans if she is elected reflect that too.

If elected, Abdelhamid’s priorities stretch beyond rent control and crime prevention. She also supports the Protecting the Right to Organize Act (PRO Act), which supports workers’ right to organize, as well as increased investment in New York City public schools. To cap off the list, she puts her support behind canceling student debt.

I asked Abdelhamid regarding her thoughts on the current debates over President Biden’s infrastructure bill and voting rights legislation, which she believes are examples of a need for reform in Washington D.C. As a Justice Democrats candidate, she does not receive corporate money, and she said, “We see people like Sinema and Manchin who are anchored in their corporate donors and not anchored in their communities…I think when we have more politicians in office who are going to be accountable to their communities, the more effective we will be over the long run.”

Despite having been “raised on mutual aid networks,” she also thinks that structural change is necessary. At a certain point, she believes, you have to question why people need all of this aid. In her words, “I also believe we shouldn’t have to rely on mutual aid to survive. I think that policy is really important to ensure that structurally, people have food.”

Abdelhamid’s progressive philosophy can be summed up by the following: “What progressivism is is an understanding that we need to center impacted communities, that we need to ensure access to basic human rights.” This comes in sharp contrast to Carolyn Maloney, who Abdelhamid describes as a progressive in name only. “I know she is endorsed by various groups that are progressive. I think that’s a testament to her relationships that she has held onto and her tenure in Congress, but her history, her funding, her detachment from certain communities, are indicative of the fact that she has not had a progressive philosophy in her governance or her leadership.” Abdelhamid said that, should she be elected, she will show up for her whole district, unlike Maloney whom Abdelhamid feels has historically ignored neighborhoods in Queens and Brooklyn.

At the end of the interview, I asked for her message to people in District 12 who might be reading this article. She talked about the resilience and strength of New Yorkers, and said, “I’ve seen how hard New Yorkers have fought for each other…We deserve a kind of leadership that’s going to fight for us the way we fight for each other.”

If you want to support Rana Abdelhamid’s campaign, or just learn more about her and her campaign, you can find her official campaign website at https://www.ranaforcongress.com/ or view @ranaforcongress on Instagram and Twitter.
“I’ve seen how hard New Yorkers have fought for each other…We deserve a kind of leadership that’s going to fight for us the way we fight for each other,” said Rana Abdelhamid.