Get to know the Muslim woman who made history as the first ever elected into the New York City Council. 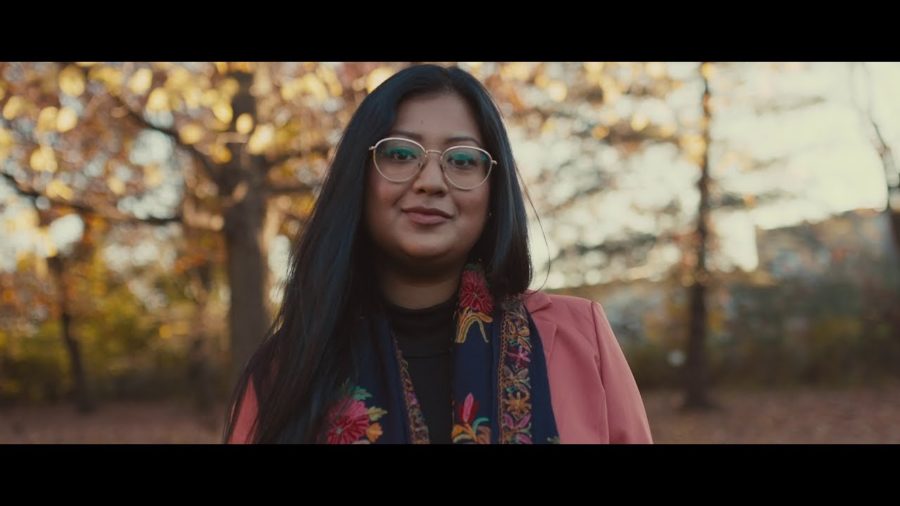 Shahana Hanif, an inspiration for young Muslim women, has made history by defying racial and religious prejudice that is present in society. Born and raised in Brooklyn, Hanif plans to improve the quality of life for New York City residents in all aspects, including education, transportation, and business.

On November 2nd, 2021, Shahana Hanif was welcomed as the newly elected representative of  Brooklyn’s 39th district to the New York City Council. The news of her accomplishment was celebrated all over the city, especially due to the current lack of South Asian representation within the council and in American politics at large.

Born on February 5th, 1991, Ms. Hanif, a Bangladeshi American, wants to improve the quality of life for New York City citizens through her position. Shahana Hanif is an activist and a feminist, fighting for women’s rights in her own community and all over the city. She was famously profiled by the New York Times for helping women with domestic violence, and was noted for her contributions by Brad Lander, a former council member of District 39.

Hanif has needed to overcome adversity from a young age. She was born to immigrant parents who spoke very limited English, and during her teenage years she was diagnosed with lupus, a chronic illness that causes inflammation in many parts of the body.

In an interview with Teen Vogue, Hanif said, “I was overwhelmed with how I would talk about [lupus] with my parents, who speak very limited English. How am I going to talk about it with my friends?” Although she survived, Hanif suffered further due to the expense of getting quality treatment under our current American health care system.

That struggle with disease is one of the main factors that led Hanif to where she is today. Experiencing firsthand how inefficient the NYC healthcare system can be for immigrant patients, she plans on expanding care once in office. She also plans on breaking language barriers by including more translators to help explain services.

New Yorkers can learn more about her political agenda on her website shahanafrombk.com. As a council member, Hanif wants to actively improve education, opportunities for small businesses, and address housing and domestic issues for women.

Below are some questions that I posted to Ms. Hanif via e-mail, to which she graciously responded as per below.

“Do you remember how you felt when you first got elected? Now that you have been part of the city council for a couple of days, how do you feel compared to when you first heard the news?”

Hanif: I’ll always remember that moment on Primary Election Day when our organizer Afrah Raisa was sprinting with a Bangladeshi aunty at 8:58 p.m. to help her cast her vote! Polls closed at 9 p.m., and I was in Kensington surrounded by a crowd of mostly Bangladeshi women organizers on our campaign from DRUM Beats celebrating the end of a long day of poll-watching and greeting voters in every part of my district. That night we were in the lead substantially with over 10K votes, and the requests for interviews with Bangladeshi press was nonstop! Our lead became national and international news, even reaching my parents’ rural hometown of Fatikchhari in Chittagong. Of our total of nearly 16K votes, over 1K came from the Bangladeshi community and our team of mostly women worked diligently to expand this electorate. I shared the impact of our win: I won a seat where the electeds have gone on to becoming citywide leaders. That ours was a district with some of the highest voter turnout in all of NYC. It is still celebration after celebration, with community members expressing their joy and prayers for the road ahead. The coalescing of organizations like the Muslim Democratic Club of NY, Bangladeshi Americans for Political Progress, DRUM Beats, is a salient opportunity for the future of left and feminist South Asian and Muslim electoral powerbuilding and organizing. With NYC being home to the largest Muslim and Bangladeshi diaspora in the U.S., our win marks a historic moment in our City for Muslims and Bangladeshis everywhere.

I won’t be sworn in until January 2022! I’ve been busy with hiring my team, fundraising, and getting to know my colleagues as we prepare to elect a new City Council Speaker.

“What are your opinions on the underrepresented women in government, especially desi women?”

Hanif: I am be the first Muslim woman ever elected to City Council as well as in the first slate of South Asians elected to the Council. I am our City’s first Bangladeshi elected. My district has never been represented by a woman, let alone a Bangladeshi Muslim woman and first-generation daughter of immigrants. As a Kensington born and raised candidate, my election represented a serious geographical shift for the district. My community in Kensington is home to the largest Bangladeshi Muslim enclave in Brooklyn, and I will make sure their needs are highlighted.

In terms of impact in the long-run, representation alone is not enough for our communities — I will be an organizer-elected. As District 39’s next Council Member, I’ll govern with activists, build up our movements through my office, and continue developing new neighborhood leaders. This is how we will create a feminist NYC. I intend to have a rotating mobile office in collaboration with existing community spaces to anchor my office’s reach and constituent attention in all corners of the district. I will also ensure that constituent outreach provides resources to the community without having to rely on policing (ex. creating a hotline for domestic violence survivors that runs through my district office, ensuring that constituent services staff are able to direct constituents to local grassroots based mental health services, etc.). I will also prioritize hiring bilingual staff to continue building trust with immigrant constituents, and include interpretation for meetings and literature in multiple languages translated with support from community-based language access providers.

I will support Desi women in political and electoral organizing spaces — however, there are many structural barriers to entry, and when we enter, the lack of mentorship and appreciation of our work and worth, inadequate pay, and burnout can deplete the possibility of being in this work for the long-haul. After all, we were never meant to take over these seats, nor have these spaces deliberately wanted us! It’s a slow process of hacking the system, but I look forward to paving the path ahead.

“What do you think should be done to encourage society to accept Muslims and southern Asians into politics?”

Hanif: In New York City, we need to allow all residents the ability to vote in elections and be included in the electoral process. This means passing the Our City, Our Vote legislation in this City Council administration.

“What are your main priorities, now that you are a council member?”

Hanif: Housing Justice – which is the most pressing issue facing our City. Since 2013, I’ve volunteered and worked with Sakhi for South Asian Women, the largest anti-domestic violence organization serving South Asian survivors in NYC. The leading cause of homelessness is domestic violence and our City is lagging behind on providing truly affordable housing options for survivors of gender-based and intimate partner violence. The Mayor’s current housing plan is over-reliant on private developers, and has failed to create sufficient affordable housing. As a former public housing tenant organizer where I organized working-class, limited English proficient Asian immigrant public housing residents, with CAAAV: Organizing Asian Communities, I know that housing and land use must center tenant control.

“What would you say about your progress as a Bangladeshi American to your younger self? What words would  you use to encourage other young desi women to fight back against the racism and misogyny in society?”

Hanif: Trust your experience and voice, find a good team (this includes a support system of friends, family, and community folks), lift up and lean on other South Asian and Muslim organizers, and read Stacey Abrams’ “Our Time Is Now!”
Born on February 5th, 1991, Ms. Hanif, a Bangladeshi American, wants to improve the quality of life for New York City citizens through her position. Shahana Hanif is an activist and a feminist, fighting for women’s rights in her own community and all over the city.