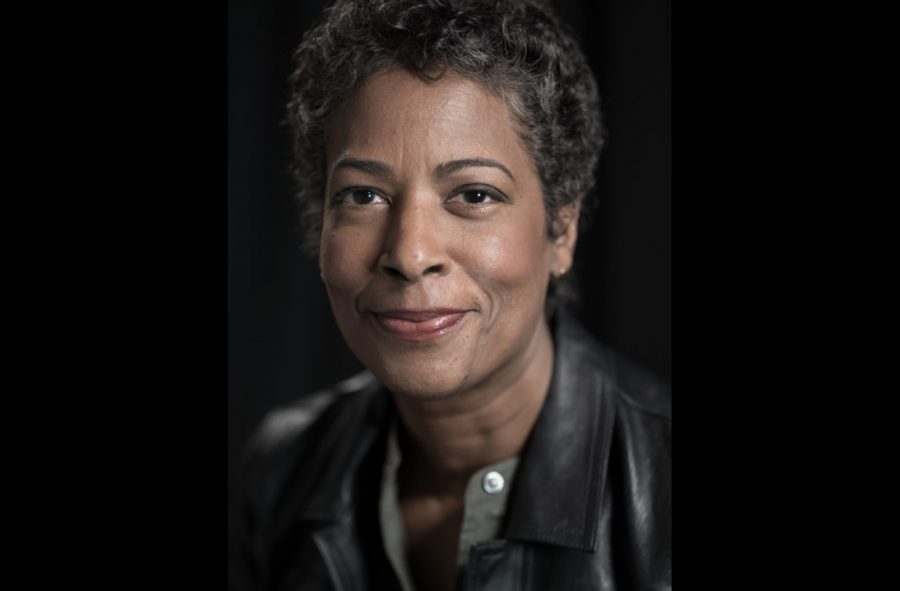 Dawn Porter ’84, a filmmaker and founder of the production company Trilogy Films, will address the Class of 2021 on the first occasion that the graduating class will be together in a single location since March of 2020, due to the Coronavirus pandemic.

Lauded filmmaker Dawn Porter ’84, known for documentaries such as John Lewis: Good Trouble (2020) and The Me You Can’t See (2021), delivered the Keynote Address to Bronx Science’s graduating Class of 2021 at the renowned Arthur Ashe Stadium on Thursday, June 24th, 2021.

A Bronx Science alumna from the Class of 1984, Dawn Porter has accomplished much during her career as a documentary filmmaker. Porter’s inquisitive nature, which aids her in her filmmaking process, was present from early childhood. Growing up in the 1970s, Porter remembers how her every day was filled with exploration. “We had a lot of freedom. We’d go outside in the morning and not return until dinner. We built a lot of clubhouses, that kind of thing.”

Her urge to explore propelled her into and through Bronx Science. As a student, Porter recalls taking a wide range of classes. When asked which courses have had a lasting impact on her life, she said, “Many. I remember a ninth grade history class where we learned about Gandhi. Mr. Frisch [a Bronx Science English teacher] had us read classics and really think about them. And we had an interdisciplinary class with Ernie Strom [a Bronx Science Social Studies teacher] that pushed us to think about ethics and politics.”

Porter also recalls leading a robust extracurricular life while at Bronx Science. Most of her time was spent on organizations with which many graduates of the Class of 2021 are well acquainted: The Science Survey newspaper and Speech & Debate. As a student, Porter also engaged in activism that set the stage for her future as an advocate. “We were very interested in the struggle against Apartheid back then, and protesting Ronald Reagan’s policies.”

Although she has gained renown as a filmmaker, Porter started her career off as a lawyer. After graduating from Bronx Science in 1984, from Swarthmore in 1988, and after studying law at Georgetown Law Center, she started work as a litigator.

Porter’s pivot to a career in film came after she began working as an in-house counsel for ABC Television. At ABC, Porter gained more exposure to media production. “I worked in their in-house counsel as a litigator for a year and a half, and then moved into the news division doing standards and practice. I’d watch producers and reporters as they did their news gathering, and I watched how stories got put together. It was really instructive and put me on the path to what I do now,” Porter told Glamour magazine in a 2020 interview. Porter also started her own production company, Trilogy Films, when she made the transition.

As a documentarian, Porter seeks to shed light on a range of subjects through her documentaries. When asked about her creative process, Porter said that, while she tries to read up on her subjects before an interview, she believes that “there’s really no substitute for getting into the field and seeing what people are like.” She continued, “I like to let the subjects help me find the real story. My favorite part of the process is interviewing people and finding out what’s important to them.”

This people-focused-approach points to what excites Porter most about her work. “People are endlessly fascinating. I love that every story has its own style, and I love working to find the right style to tell the story.”

Porter has now been telling stories through film since 2013 when her debut documentary, Gideon’s Army, was released. Gideon’s Army, a documentary about the work of public defendants, won best editing at the Sundance Film Festival. It was also nominated for both an Emmy and an Independent Spirit Award.

Gideon’s Army, and many of Porter’s documentaries from John Lewis: Good Trouble, which explores voting rights in America, to The Me You Can’t See, a collaborative effort with documentarian Asif Kapadia, Oprah, and Prince Harry, which addresses mental health, also showed the world that Porter does not shy away from addressing social issues. Porter’s ability to both examine the big picture and scan for little details enables her to analyze controversial topics and to craft insightful films.

Porter credits her ability to analyze and look beyond the surface to her experiences as a law student and lawyer. “The job of a trial lawyer is to tell a story, and make something complicated easy to understand. It’s a similar thought process in filmmaking.” In the process of looking beyond the surface, Porter enjoys that she is able to unearth hidden truths. “I like to find ways of showing what’s important to the story, finding layers that might not be so obvious. For example, the Pete Souza film [The Way I See It (2020)] is on the surface about his photos, but really it’s about empathy and character. In that way, it’s a protest film.”

Now a documentarian with several award-winning films under her belt, Porter is glad that she dove head first into her film career. She advises the Class of 2021 graduates to “Go where your heart takes you, and don’t be afraid to change your path. I enjoyed my time as a lawyer, and I am a better filmmaker because of that training. But I wasn’t afraid to try something new.” With her Commencement Keynote Address, Porter hopes that graduates “will see that you don’t have to know your exact path on graduation day. Push yourself to ask what you want out of a career and out of your life. I love that Red Hot Chili Peppers’ line ‘This life is more than just a read through.’”

To watch Dawn Porter’s Keynote Address, click HERE. Her speech begins at the 39:40 mark.
“People are endlessly fascinating. I love that every story has its own style, and I love working to find the right style to tell the story,” said Dawn Porter ’84.