Meet Kimberly Camara, One of the ‘Kreators’ of the Bakery Kora

A humble start-up in a Queens apartment skyrockets in success, and the Kora team is just getting started. 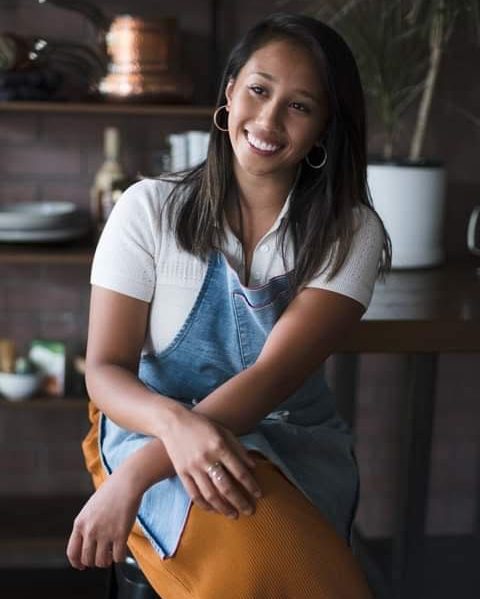 Kimberly Camara wears her heart on her sleeve, sharing personal and often vulnerable stories to connect with others through culture and cuisine.

From fan-favorite ube donuts to their latest leche flan, Kimberly Camara and Kevin Borja capture the taste of home for many Filipino New Yorkers. Inspired by the recipes from Camara’s grandmother, Lola Corazon (also known as “Grandma Corazon”), sweethearts Camara and Borja founded Kora, an online Filipino bakery. Kora aims to embody Filipino values such as the importance of food, family, and hospitality, representing the story of Lola Corazon and Camara’s relationship with her through food.

Camara’s love for the culinary arts stems from her childhood during which she was influenced by friends and family around her. Camara’s upbringing in a Filipino household meant that food was abundant at parties and family get-togethers. “I always helped my grandma with random little tasks, and one that I remember in particular was rolling up little balls to make bilo-bilo,” she said. “As I got older, I started spending more time with my grandma in the kitchen and gained more cooking skills.”

Despite her love for food, Camara had not considered pursuing a professional career as a chef until her sophomore year of high school. Messing around with a peanut butter and jelly concoction in the lunchroom, Camara unknowingly witnessed a pivotal moment in her life. “One of my friends wrote a contract on a piece of loose leaf paper, saying ‘I, Kimberly Camara, do solemnly swear to open a restaurant and achieve new levels of culinary success,’ and I signed it.” To this day, she keeps a copy of this contract framed in her apartment to commemorate the prophecy come true.

In the early days of mapping out the mission statement for Kora, Camara switched out the phrase ‘elevating Filipino cuisine’ to ‘exploring Filipino cuisine.’ “Filipino culture and cuisine is already rich as it is, so we don’t need to elevate it,” she said. “I love sinigang the way it is.”

Camara and the Kora team kept this in mind when solidifying their motives for the bakery moving forward. Beyond cuisine itself, they aim to share the rich history behind the Filipino dishes that they present. “When we put out our leche flan donut, we also wanted to explain why flan exists in the Philippines, why we call it leche flan, and why we use the ingredients we use,” said Camara. She posted an in-depth explanation of the history of leche flan  for the 23,000 followers of the Kora Instagram page to see.

“When I first started this, I was doing it for fun, and I was just planning to make a couple of donuts because I was bored,” she said. However, the public’s demand for more desserts transformed the anticipated three-week baking experiment into the full-blown business we know now.

Such a sudden change felt jarring to Camara. “I felt personally attached to all of our donuts since they started out as an idea in my head, but now they are suddenly everywhere,” she said. “I don’t feel ownership over certain things anymore.”

Consequently, Camara and the Kora team were forced to adapt to the business’ quick growth. “Until we got a system down, we used to decide that week’s flavors on Monday morning,” she said. The team has since become more efficient, with some work days starting as early as four o’clock in the morning and the work week consisting of labor-intensive baking.

Despite the rush of these busy work weeks, Camara and Borja handle everything together. “Kevin [Borja] makes sure everyone does their respective roles correctly, while I operate the home fryer,” said Camara.

Kora has since accumulated about 10,000 people on its waiting list, with desserts often selling out in under a minute. Despite its rapid growth, by no means was the team’s entire experience an easy ascent. Like all successful businesses, Kora has garnered unpleasant comments from some of its consumers.

Some make the accusation that the limited availability of desserts is an illusory method used to pressure customers to frantically race to place an order. In response, Camara said, “The only reason why the window to order is so small is just because everyone wants to order but we can only produce so much.” Operating in an apartment in Queens, Camara and Borja work with a small team that consists of dedicated friends and family members.

To meet some of their loyal supporters in person, the Kora team organized a pop-up in Woodside in October 2020. In a line that wrapped around seven street blocks, nearly a thousand people waited five hours just to have a taste of the delectable treats. Though outsiders may see this as a resounding success, the reality of the situation was much more complicated than that. “There were so many people who were angry that they did not get their donuts, even [though] we warned them of this after a few hours passed,” said Camara.

Camara and the Kora team had not anticipated such a sizable turnout, so there were not enough donuts available for every customer. “Being Filipino, we wanted to feed people, so it was heartbreaking that we physically could not do it.”

Camara has not let this little setback get in her way. She has started the year off strong by launching projects to better engage with the community of Kora fans on Instagram, from the “Ang Kuwento ni Lola” (The Stories of Grandma) project in January 2021 to the “Para sa Pag-Ibig” (For Love) project in February 2021. “People give us their time, whether that means writing comments or reaching out to us,” said Camara. “We want to give back to them in some way, even if it means offering a bit of our time in return.”
“Filipino culture and cuisine is already rich as it is, so we don’t need to elevate it,” said Kimberly Camara.