Paige Rense, recently passed away on Friday, January 1st, 2021, but her legacy in the field of interior design will live on . 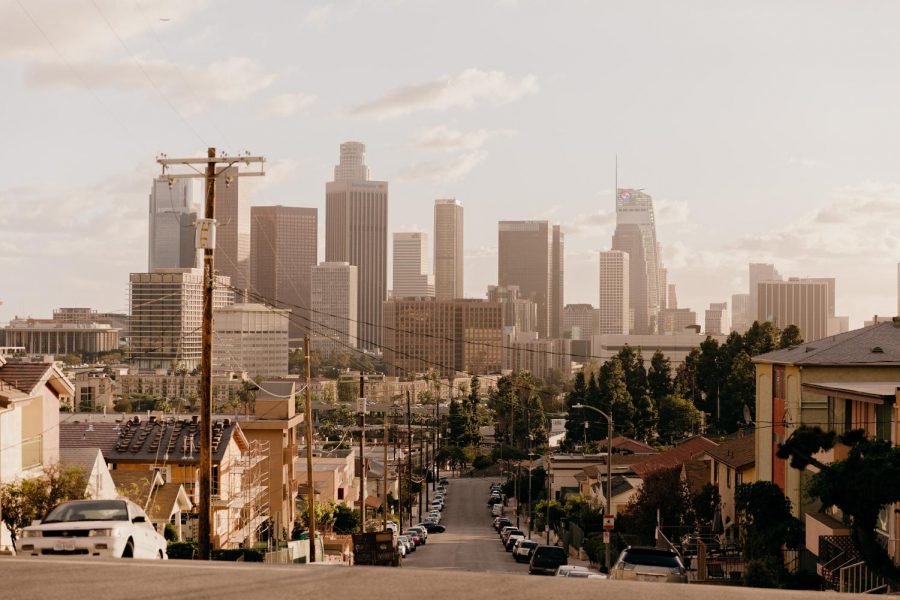 This is an image of the city of Los Angeles, where Architectural Digest was first started as a small local magazine. When Paige Rense joined its staff in 1970, she took it from a small Los Angeles startup to a world renowned publication.

Recognized as “the archduchess of decorating,” Paige Rense’s journey from a high school dropout to a world renowned magazine editor is unique and inspirational. Many people were saddened by her sudden passing, but all will honor her work and role in the industry.

Rense was born May 4, 1929 in Des Moines, Iowa. She was given up for adoption after only a year of life , and with her adoptive parents she moved to Los Angeles, California in the 1940’s. However her home life soon became abusive, and at just 15 years old she ran away to start anew.

She took up a unique lifestyle to provide for herself, holding jobs such as being an usherette at a movie theater; she even married Richard Gardner in 1950, but soon after divorced him. Although she was a high school dropout with no formal training, Rense landed a job as an editor at Water World Magazine in the 1950s. This is where her third husband, Arthur F. Rense, was the managing editor. After honing her writing skills, in 1970 Rense  joined the team at Architectural Digest (AD), which was a small, local magazine at the time.

Soon after beginning her new job, Rense’s career took off; the small team of four people working at AD when she began allowed her to take on more and more work. It was she who assumed the responsibilities of executive editor after AD’s editor-in-chief, Bradley Little, was murdered in 1971. Paige was then officially named editor-in-chief in 1975.

During her time as editor-in-chief, Paige Rense was known to be very serious and cut-throat. One instance of the intensity with which Rense handled her duties as an editor was when an article about a magazine’s scoop stated, in regards to her work, “for an editor in this rarefied world, it is not enough to show a house; you have to show it first. Paige Rense, the editor in chief of Architectural Digest, for decades has been fierce about demanding exclusivity for her magazine.” She sought to transform AD from a generic local magazine into a world renowned “design bible” of inspiration. In a 2010 interview with the New York Times, Rense stated, “We look to magazines to see how other people live. People say: ‘I can’t relate to Architectural Digest. Why don’t you show how real people live?’ I say: ‘These are real people, and they do live this way. They just happen to be people who can pretty much afford whatever they want.’” What she was most known for was flaunting celebrity homes within the glossy pages of her magazines, which is what truly put her on the map and transformed Architectural Digest into a high-end publication with global reach.

Her vision to make the magazine better did not stop there. With her constant additions to the AD 100 list, a ranking she published of the top 100 designers, Rense launched many design careers, while a hoard of designers desperately sought their 15 minutes of fame. She truly defined what Architectural Digest is today through her tireless work, knack for seeking out luxurious homes, and acknowledgement of talented designers. In her 2018 book, Rense wrote, “I preferred to speak of style, which is really a way of seeing and living creatively in the world.” This personal philosophy is what sets Rense apart from others in the industry; for her to openly express that she has set her own standard of creativity and style was the guiding factor in how she scoped out the most notable up and coming designers. The book, titled “Architectural Digest: Autobiography of a Magazine 1920-2010,” recounted the history of the magazine and its transition from focusing on the  obscure design industry and architectural trade to a shift towards celebrities and their design choices.

Paige Rense was absolutely legendary, not only in the field of decor but in journalism as well. Her persuasiveness and ability to tune in to readers’ desires geared the success of her publications of each issue of AD, and was even reflected upon in AD’s article in her memory.  Her life does not resemble the glamour and privilege as that of others in the field, such as Anna Wintour, but her legacy lives on just the same. A hard worker and goal setter, Paige Rense pioneered the new Architectural Digest, making the magazine the trendsetter and inspiration it is today.
In her 2018 book, Rense wrote, “I preferred to speak of style, which is really a way of seeing and living creatively in the world.”