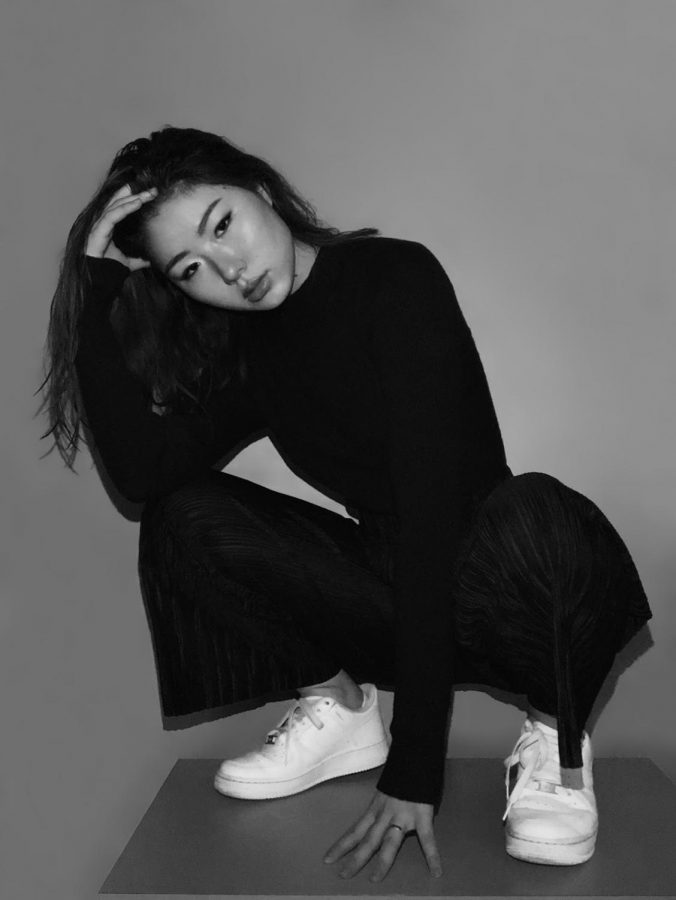 “I normally draw inspiration from my own experiences when I write my lyrics, but sometimes I’ll write a song based on my perception of a certain concept, even if it isn’t something I’ve directly experienced,” said Sak, regarding the creation of her lyrics.

Our future relies on the innovation, creativity, and dedication of our youth, whose perceptions and priorities continue to evolve. If there is one thing we can concretely pick up on, it is that the arts, now more than ever during the Coronavirus pandemic, have a precarious position in the world. While many would argue that the value of a “core” STEM approach tends to overwhelm artistic craft in our Bronx Science school community,  it is with great pride that we can say that there are creative figures who continue to campaign for the arts within our school’s (virtual) walls. Bronx Science senior Byul Sak ’21 is a perfect example of a student pursuing the incalculable worth of artistic passion.

Evolving from a mere pastime, Sak began her music venture in middle school when she auditioned for the school choir, although she admits it was not a seamless experience. Bullied for her musical voice, delving into this desire took a toll on her confidence. “I remember one particular instance where my crush approached me with his friends to tell them how bad I was at singing. It was humiliating. I was convinced that I was a bad singer, and frankly, I probably was,” said Sak. Admirably, it was the same cruelty that her young peers projected on Sak that pushed her to be the best singer, not for the world, but for herself. “My goal was never to be an actual singer, and I just wanted to be decent enough to sing without embarrassing myself.”

Sak takes great pride in her commitment towards practice and dedication. Although it was a rocky road, opportunity sprang from every corner, and she lunged at each and every one of them. A girl who once solely hummed tunes to herself was becoming a stage singer, beginning with the Bronx Science auditorium during the annual talent show. “A couple of people approached us, praising our performance, and that was the first time I realized that maybe, I was good enough. That was the day I began to change the way I viewed myself as a singer. The more I sang, the more I came to love it, as it was a form of self expression and emotional release.” Small things have big beginnings, and for Sak, this performance was just the start of it all.

A crucial aspect of finding your place in showcasing personalized creativity is support, and besides the love and praise from her peers, Sak’s mother has always been a big fan. Catching on to her daughter’s interest in music, she enlightened Sak about a music talent program audition. Elated at the opportunity to be critiqued from a professional’s point of view, Sak was hooked. The talented Sak was once again a hit among the judges, receiving plaudits of admiration just as she had back at the talent show.

Sak not only went home that day with a professional’s praise, but also a producer’s desire to sign her. Unfortunately, this path was not meant to be. “They handed me a giant envelope with a stack of contract papers, and I went home, ecstatic. Then I read through the contract, and it quickly faded away. It was essentially an offer to sign my life away to the music industry in exchange for fame and glory. It was tempting, but being dedicated to my education, I knew I couldn’t agree to it.” Confronted with a crossroads familiar to many young artists, Sak was forced to choose between her education and a career in the music industry. Ultimately, her dedication to receive a high quality education alongside meeting her parents’ expectations led to putting aside the contract.

Towards the beginning of her junior year, meeting independent artists online inspired her to track on a similar route. Sak began to conduct her own research in how to successfully produce in tandem with balancing school work. Within a couple of months, she released her first single, “Let Me Go.”

As her first song, “Let Me Go” held a lot of value, and its meaning revolved around her relationship with her father. The release of her single opened doors for Sak as it was a testament to her passion for singing, which at the time was a talent many of her peers were unaware of. “Your voice is super vulnerable, as it’s so personal to you, and putting it out there takes courage. So I was absolutely astounded and overwhelmed with joy when it was received so well by the people who listened,” said Sak.

“But it wasn’t the fact that my music was gaining traction or the number of streams that allured me, but that I was moving people with my music, evoking emotion in places that I would have never expected.”

With close to 10,000 streams on Spotify today, Byul Sak is a self-made artist. She works relentlessly to set the bar higher and higher for herself as she pursues a passion that continues to surprise her. Looking into the future, Sak hopes to one day release an EP or an album alongside collaborating with other musicians. Currently, she is working towards producing another single, but she admits that it is far from easy. “I’ve been working on so many projects, but I have scrapped them all. It’s this weird insecurity that most artists develop towards their own work, where they will never be satisfied with what they create. But it’s allowed me to develop my musical creativity and to grow as an artist, and I think that my new projects are a hundred times better than my old work,” said Sak.

The key to building a sustainable arts future lies in making young artists a priority today. Sak is no short of a successful, talented, young artist, and it is honorable to witness young achievers like her — especially from within the Bronx Science community — rise up to bring dreams to life.

To listen to Byul Sak’s music, click on either of these links (you need to sign up with Spotify or Apple Music in order to access the songs):

“It wasn’t the fact that my music was gaining traction or the number of streams that allured me, but that I was moving people with my music, evoking emotion in places that I would have never expected,” said Byul Sak ’21.