DID YOU LOSE THIS? Jiahe Wang’s Missing Link Project Fuses Mail, Public Art, and Performance Art Into Something Entirely New

Stuyvesant student Jiahe Wang ’21 is on an artistic quest to connect New Yorkers through lost objects. 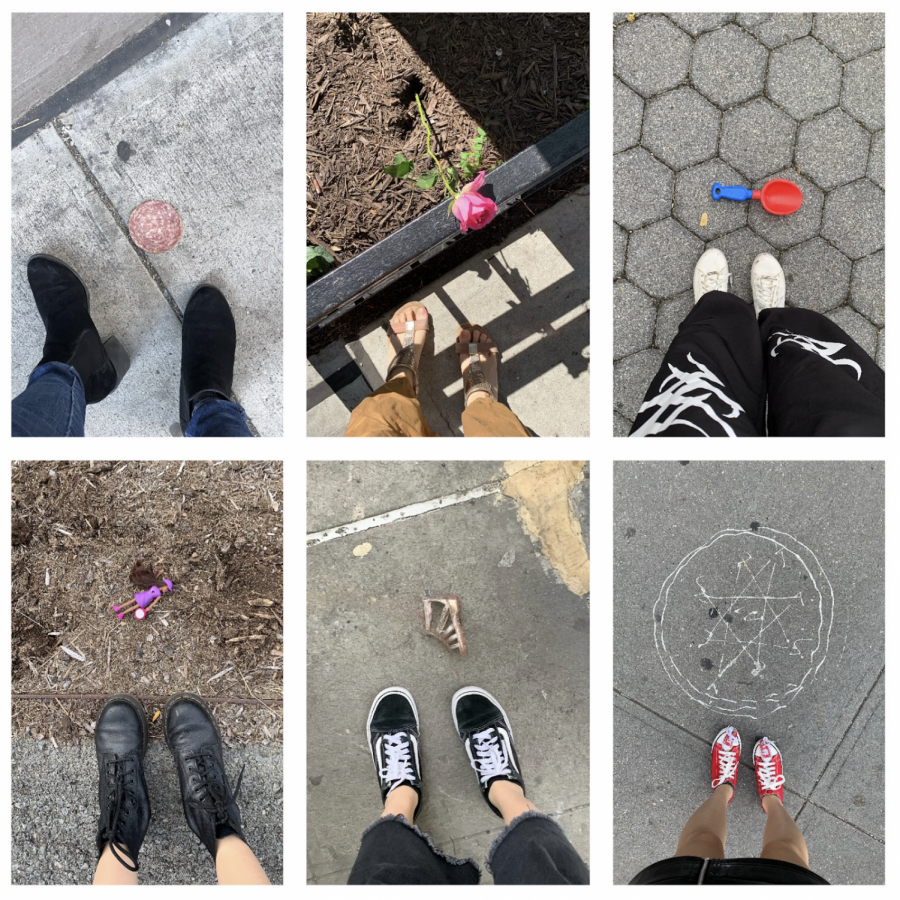 On a postcard might be any of these funny objects that Jiahe Wang has found left on the street.

What is something precious that you have lost in New York City and where did you lose it? Now draw it!

If you received Jiahe Wang’s postcard and participated in her public art project, you had to answer this question. Jiahe Wang ’21, an artist, photographer, and current senior at Stuyvesant High School, began the Missing Link Project in August 2020. The project (@missinglinkproject_nyc on Instagram), which she describes as “a hybrid between mail, public art, and performance art,” is the latest addition to her extensive art portfolio.

The first step of the project involved physically mailing five prepaid postcards to five friends, instructing them to distribute them to whomever they see, whether that ended up being their family, friends, or strangers. Each recipient then sent back the cards after filling out the questions, meaning that the majority of responses came from New Yorkers who were completely unknown to Wang.

The idea for this piece stemmed from Wang’s accumulation of photos since moving to New York City from Los Angeles three years ago. As a transplant, she discovered something new on her long strolls and explorations of New York City. “I started taking photos of ridiculous things that I found on the streets of New York, like a mini double axe, a giant teddy bear, or a half-eaten donut, and I make note of the location where I found them,” Wang said. Random objects in public places amused Wang — she had not seen anything like them before, even after living in Los Angeles, China, and Nigeria. “Whenever I see one of these weird objects, I feel an odd emotional connection to the people who left them there and wonder what they’re like. And I always just think to myself, This could only happen in New York!” said Wang. “In ‘Here is New York,’ E.B. White said settlers of New York don’t take anything here for granted. That’s how I felt,” Wang said. She has a few hundred photographs now, but she emphasizes that originally, “this was for fun—I didn’t intend to do anything with them.”

When the Coronavirus pandemic hit New York City in March 2020, Wang finally found a use for her photos. Longing for connection, Wang made postcards with photographs of the funny abandoned objects that she had found on the streets, asking recipients to respond back to her with something that they had lost in the city as well—whether it was something physical or something more abstract. Confinement was the spark for her piece — “my parents would rarely even let me go out for walks,” Wang recalled. “I felt an emptiness and wanted to get back the feeling of human connection — even with strangers — that I used to have.”  So she decided to fill the void with mail.

“My project achieved my goal of relieving my emptiness quite well. It was heartwarming to see all of the responses — I got over 70 back from the 150 that I originally sent out,” said Wang. Responses ranged from the obvious to ones that were sardonic and sometimes even sad. The one that touched Wang the most was a drawing entitled, ‘My great uncle (in Lutheran Hospital),’ accompanied by a drawing of a stick figure. “It’s a simple drawing that carries so much weight,” Wang said.

The Missing Link Project will materialize into a map of sorts — a giant piece of paper where Wang has been tracing the connections between the postcards she has received, according to their themes and locations. She plans to bring the giant map outside to iconic New York City landmarks, such as Times Square and Central Park, in order to take photographs of the map in situ. “That’s where the pictures of objects and the inspiration for this piece came from,” said Wang. Interaction is the main goal of her piece. By taking photographs of the objects, Wang has indirectly interacted with their previous owners, while her mail art has enabled Wang to connect with strangers.