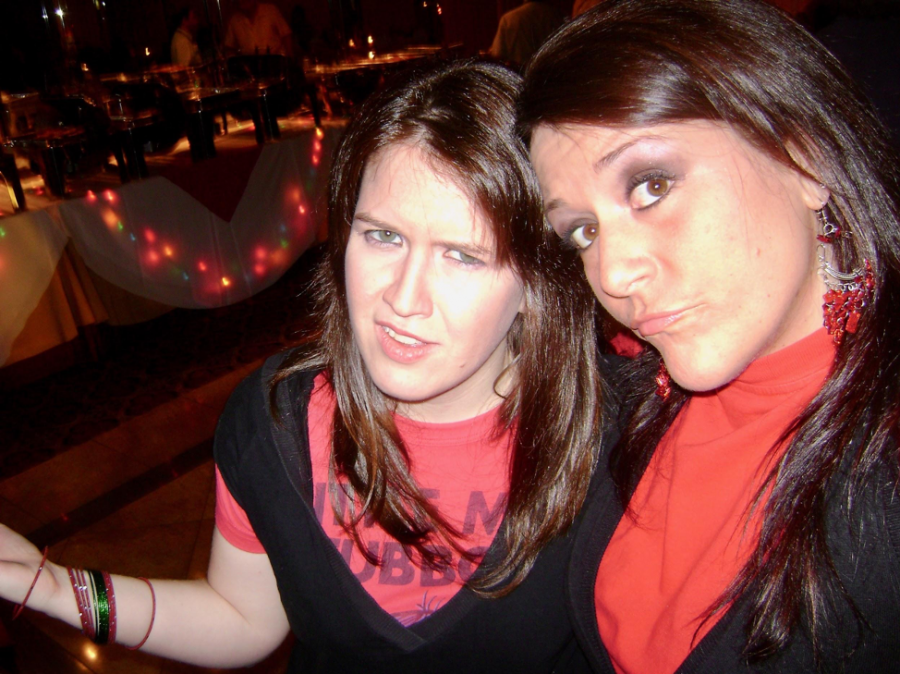 Sometimes it’s hard to imagine teachers having a life outside of school.  We know they do, but it’s just hard to imagine. So let’s not imagine. Instead, let’s take a look at the secret (and not so secret) friendships between teachers in school. Hopefully quarantine hasn’t caused you to forget some of these teachers, but either way we’re going to bring you back to the classroom with these familiar faces!

English teachers Ms. Brooks and Mr. McConnell met when Ms. Brooks first started to work at Bronx Science in 2014, but according to Mr. McConnell he “cannot remember, or imagine, a time BK (before Kim).”

From jazz concerts, to family visits or even planning lessons, Ms. Brooks and Mr. McConnell seem to have a lot of fun when they’re together. Whenever Ms. Brooks goes to visit her family she has to go through Mr. McConnell’s town. “It is super relaxing, and we have tea time, and Mr. McConnell always buys me little snacks for when I visit,” said Ms. Brooks.

Having known each other for so long, the two have come to rely on each other for advice and tips. “Mr. McConnell offers great advice, and I know that he is there to support me always,” said Ms. Brooks. They have supported each other through thick and thin, in fact when Ms. Brooks’ grandfather passed away, Mr. McConnell accompanied her to the funeral and helped her during this time. In many ways, they are there to take care of each other every day (Mr. McConnell even brings Ms. Brooks snacks to school sometimes) and rely on each other when times are rough, including when they each confront some of their fears. “We both hate flying in planes but force ourselves to do it anyways, usually commiserating beforehand,” said Ms. Brooks.
“I cannot remember, or imagine, a time BK (before Kim),” said Mr. McConnell.
When it’s time to go home, they often walk together and reflect on each other’s day. Mr. McConnell shared that what he cherishes most about his time with Ms. Brooks is “being challenged by someone who is very passionate and committed to issues.”

Over the years, Ms. Parness has even come to hoard many of the voicemails Ms. McGuigan has left on her phone and has converted them to MP3s “to play for our future kids and also use as evidence if needed, should she ever turn against me. #rideordie,” said Ms. Parness. Cherishing the many moments they have spent together, Ms. McGuigan shares that they have both not only gained a coworker but “a friendship where we can have an entire conversation using only our eyebrows.”