Impacting hundreds of lives across the world step by step 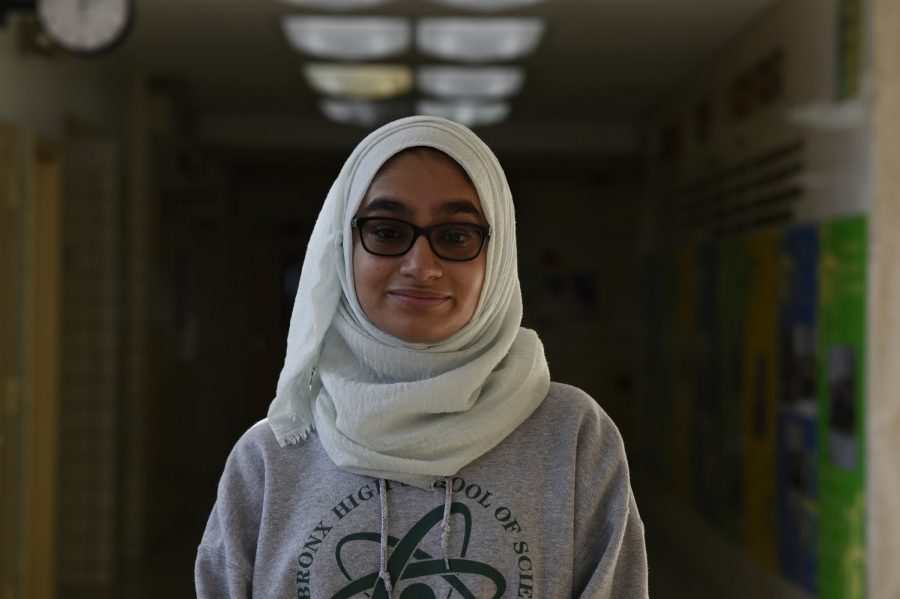 “Some of my goals for next year include managing this camp again but with the idea of doing it bigger and better such as the idea of extending it another day and reaching out and impacting more people in other villages.” Ayesha Khan '20 said.

Helping someone can come a long way but helping a whole village and impacting more than one thousand people is truly inspirational. The One Humanity is an organization created by Ayesha Khan ’20 that has aided more than 1,300 people. Through this organization, Khan started the Makhpa Medical Care Camp Project this past August 2019, giving access to free medical supplies and guidance in the rural district Makhpa, India, where her family is from.

“It first started in January and I was talking to my mom and she was telling me things that she did as a kid. Throughout the conversation, it sort of clicked to me that the age her and other people did things was quite young. I thought to myself at that time, ‘What can I do in any community that I’m a part of to help those that are really in need of it?’” As a result, Khan immediately thought about her parent’s hometown where health and self-care are not emphasized: Makhpa, India.

Khan said that in many rural districts, villagers are not aware of these medical problems because they lack the resources and many times can simply not afford these resources. Because she visits Makhpa frequently, she is familiar with the hardships the individuals face. As a result, starting January 2019, Khan and her family, which included her parents and distant relatives living in India, started to plan this eight month long process of creating a care camp. It took her about the first two or three months to gain the confidence she needed in order to expand on the project and finally bring it to life.

One of the main challenges Khan had in this process was the ability to obtain completely free resources by raising money. Khan raised four thousand dollars for the initiative through crowdfunding and contacting various humanitarian foundations around the U.S. One foundation located in Florida, the BKH Humanitarian Foundation, supported The One Humanity. As a result, The One Humanity received a total of ten thousand dollars. Another difficulty Khan had was having to manage and organize information about the camp during the AP exams such as having to call her relatives who were half-way across the world away with a major time difference.

Khan also had to figure out the specific supplies she needed. She reached out to her relatives who work in the medical field about the medications she needed. Khan ordered more than five thousand of the medications required in about thirty different varieties. It was enough for the one thousand people the camp was anticipating. Khan also had to provide medical tests such as blood tests and laboratory tests for diseases that were prevalent in the area at the time, such as malaria and dengue fever. Her relatives also organized a team of ten doctors with different specialties, four of which are primary care physicians. In fact, Khan and her supporters had two gynecologists present to help combat India’s high infant mortality rate. The camp also had an eye care camp which provided free prescriptions and free cataract surgeries. Patients were all tested for their BMI, blood pressure, respiratory rate, and temperature.

It was a two day camp that took place over the weekend, and The One Humanity impacted more than 1,300 people. Many of the volunteers consisted of Khan’s family members. There was also a group of volunteers at a nearby school, Kainat International Schools in Bihar, that provided about thirty volunteers at the medical care camp. There was also a lot of help at the institution in which the camp was taking place.

Khan plans to restart the campaign in 2020 again. She plans to extend the campaign even more, possibly extending it to an extra day. Advertisement was very important, and she plans to advertise more, so more villages are aware of the free medical camp. Due to infant mortality rates and lack of understanding proper pregnancy procedures, Khan plans to have an educational campaign for expecting mothers or anyone who has the potential of getting pregnant. This includes other villages aside from Makhpa, such as what medications they should and should not take. She has been turning this campaign into an organization.

“It was an incredible experience and it taught me that people want to give, people love that. Sometimes you need to be the person who just starts it, and I was able to do that in this case. I’ve been able to help a lot of people and it’s been great!” Khan said. To continue changing lives, please help donate at Khan’s organization, https://www.theonehumanity.org/.

The One Humanity is an organization created by Ayesha Khan ’20 that has aided more than 1,300 people.