Who is Greta Thunberg?

The young teen who is rocking our world on climate issues. 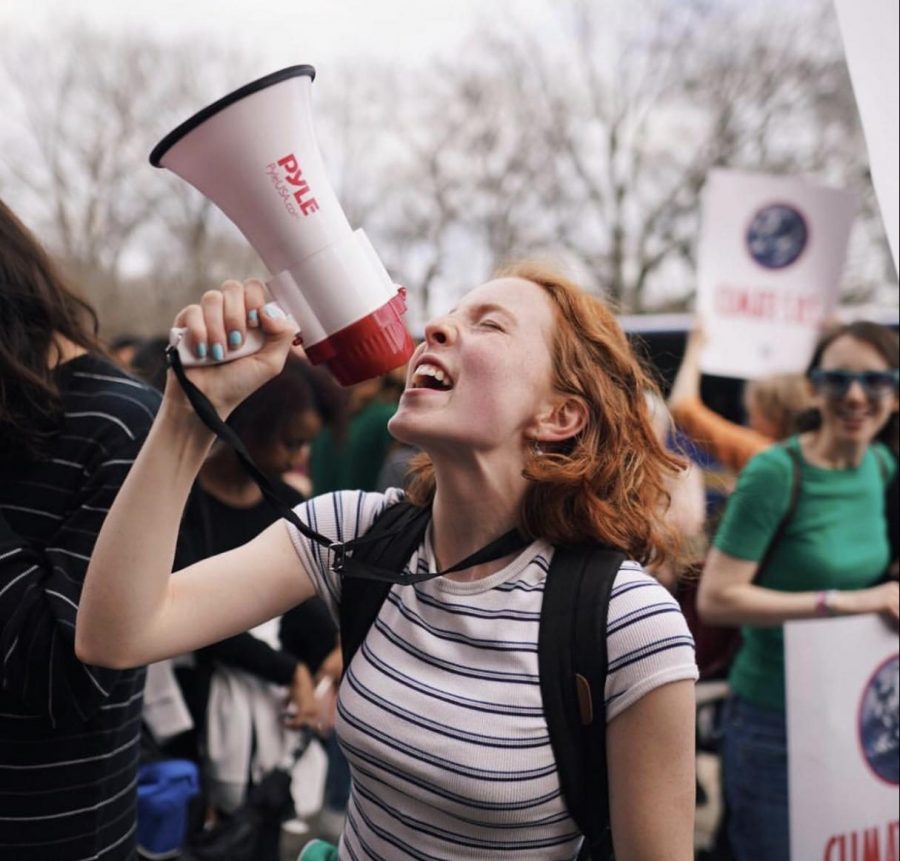 Just when climate predictions became existential and world peace agencies issued reports on the crisis soon being irreversible, a young 15 year-old changed what the world thought was possible in the name of student and climate activism. This past March 2019, she was nominated for the Nobel peace prize. Her name? Greta Thunberg.

Starting by standing outside the Swedish Parliament last summer with a sign with bold, black letters that say, “STRIKE FOR CLIMATE,” Thunberg went on to create a global movement to strike school every Friday to demand immediate climate action from leaders all over the planet. Her movement is called Fridays For Future, which maintains a large online and social media presence and has gained footing in more than 125 countries.

According to a press release by Fridays For Future, her first global climate strike on March 15th, 2019 had at least 1.6 million strikers from all seven continents. Since then, she has been invited to speak at world leader conferences at the U.N., meet with EU leaders, attend COP24, and other avenues to inspire even more people and leaders.
“I had never really considered myself an activist—I talked a lot, but never put my opinions into action. Greta’s leadership and urgency and standalone actions pushed me to turn all the talking I could do about the climate movement into action,” Azalea Danes ’20 said.
Thunberg’s influence has not only gained international recognition, but also sparked a magnitude of global student activism and movements never seen before in climate activism history. Her youthful face, coupled by her fierce expression, represents how the climate’s state of urgency has called for young people like her, who are inheriting the effects of climate change, to take charge of their future boldly and unapologetically.

Greta’s work has inspired the births of many new climate activists. Bronx Science student Azalea Danes ’20, for instance, attributes much of her passion as a new climate activist to discovering young climate leaders such as Greta Thunberg. Danes became an active player in climate activism just two weeks before the March 15th, 2019 climate strike after learning about thirteen-year-old Alexandria Villasenor’s weekly strikes outside the United Nations and watching Greta Thunberg’s TED Talk about acting on climate.

“I knew of course about the immobilizing and insurmountable threat of climate change—but what was being done?” Danes ’20 said. “I became infuriated by the lack of climate action in the United States. Why, I asked myself, did I not know anyone personally involved in climate justice activism?”

In the next two weeks following that, Danes went on to become one of the central organizers of Bronx Science’s own climate strike, along with six other passionate individuals. Eytan Stanton ’19, another key organizer of the strike, said, “As a global initiative, addressing the Climate Crisis ironically lacks the universal cooperation and communication it calls for. A politically active grassroots figurehead like Greta Thunberg enables this global conversation to be had.”

“I had never really considered myself an activist—I talked a lot, but never put my opinions into action. Greta’s leadership and urgency and standalone actions pushed me to turn all the talking that I could do about the climate movement into action,” Danes ’20 said. “Her words inspired me to put my energy into turning the injustice of apathy into anger and passion that sparks legitimate change.”

One of Greta Thunberg’s quotes from her dynamic TED Talk was, “The real power belongs to the people.” This message rings true as people of all ages, backgrounds, color, and walks of life join together in unison to combat the most pressing issue of our time.