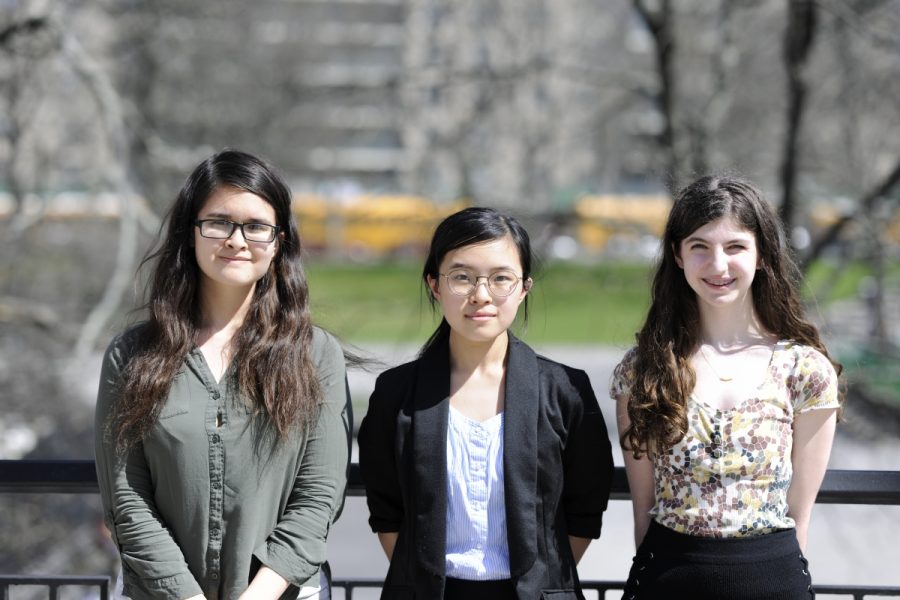 With each cycle of the seasons comes a new chance for thousands of New York City students to showcase their literary prowess and creativity. The City College of New York hosts its prestigious annual poetry contest for high school students during March of each year. The Spring Poetry Festival that follows brings together high school and college students as well as CCNY faculty, staff, and poets from all over the city to share their work. Started in 1972, the festival, known as the ‘Woodstock of the Spoken Word,’ brings together writers in mutual appreciation for the art of writing.

“What I enjoy the most is the day of the festival when the young poets come with their parents and their teachers. I appreciate the passion and the pride the young people take in their work. I adore the enthusiasm of the audience of their peers, teachers, and family members,” said Professor Pam Laskin, Director of the Poetry Outreach Center and the Spring Poetry Festival at The City College of New York.
“I wanted to be able to invoke a scene or image without actually describing it. I didn’t want to use colors, or hackneyed adjectives, or derivative metaphors; instead, I captured the event through the feelings it inspired in me personally,” Li said.
For this year’s contest, poems written by three Bronx Science students, Michelle Li ’19, Julia Gonzales ’19, and Sylvie Koenigsberg ’20, were selected as winning entries among the thousands of entries submitted by students citywide. Li won second place, while Gonzales and Koenigsberg both received honorable mentions. Each student’s poem touched upon a topic inspired uniquely by their experiences.

Li’s poem, as she put it, was the result of incorrigible procrastination. Although the muse for her poem was the Wendigo, a mythical creature from Algonquian folklore that was the subject of a video she had been watching while avoiding her homework, her actual poem turned out to be much more abstract and free from any of the concrete principles expressed in the physical world.

“I wanted to be able to invoke a scene or image without actually describing it. I didn’t want to use colors, or hackneyed adjectives, or derivative metaphors; instead, I captured the event through the feelings it inspired in me personally,” Li said.

While Li does not consider herself to be a poet, she does see herself as a writer. She loves that writing gives her a medium to express herself and stand out.

Koenigsberg, on the other hand, identifies herself a writer, as she believes that writing gives her the freedom to create her own world. The abstractness of poetry allows for constant reshaping and reforming of the realms that she forges through her work.

Koenigsberg was ecstatic when she found out she had been given an honorable mention, screaming so loudly that she woke up her entire family.

“I was, and still am, really thrilled and honored that one of my poems made it this far,” Koenigsberg said.

Unlike Li and Koenigsberg, Gonzales writes mostly as a hobby. She liked to read when she was younger and would write stories when she did not see authors writing what she wanted to read. What Gonzales enjoys most about writing is the ability to examine the nature of people and to create her own alternate reality in which to escape from the humdrum nature of daily life.

“I was very excited, but I was also scared. I didn’t really want my parents finding out I had won; The poem is mostly about my father and his journey to America, and the only time I’ve ever seen him cry was when he was talking about what he went through,” Gonzales said.

The CUNY poetry festival gives thousands of young people a chance to showcase their work and to gain literary exposure. Professor Laskin believes this is one of the most important aspects of the event, giving writers a sense a pride and valuing their voices and hard work. As a writer herself, Professor Laskin understands the desire to have one’s work published, but she wants to let contestants and fellow poets know that at the end of the day, it’s not about the contests, publications, or trophies, but about the writing itself.

The Bronx Science English Department organizes Bronx Science student submissions to the CUNY Poetry Contest each year; watch for an e-mail in February 2019 with all submission details. In the meantime, if you wish to get started on writing poems for the March 2019 contest, go to https://www.ccny.cuny.edu/poetry/festival.