Science in the Making: the Science Olympiad Team Qualifies for Regionals 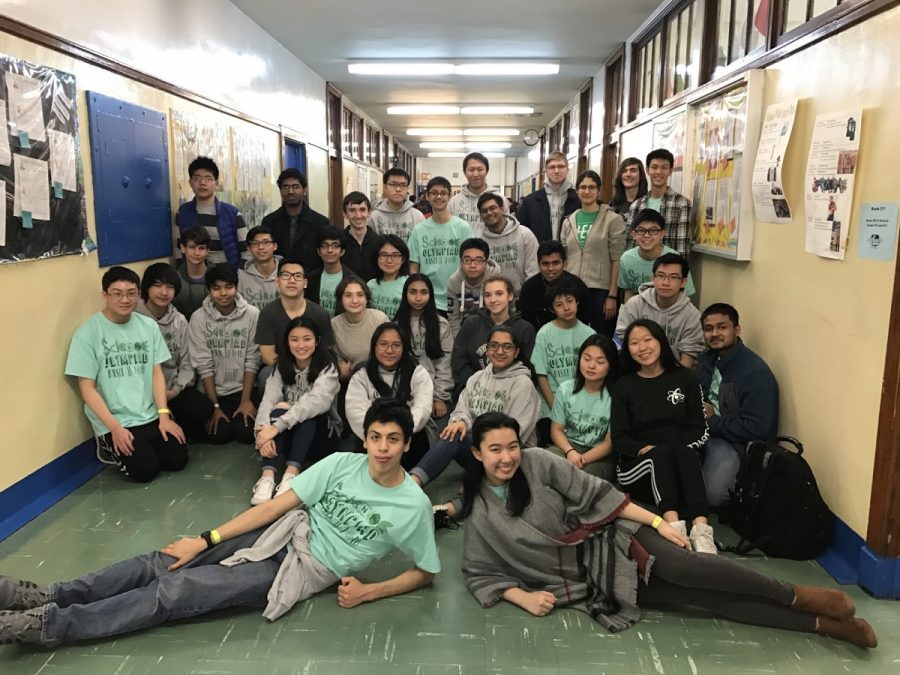 The Bronx Science Olympiad team qualified to move on to the state competition at Le Moyne College.

For the first time in Bronx Science history, the Science Olympiad team qualified in the regional competition at Grover Cleveland High School to go to the state competition. The state competition was held on March 10th, 2018 at Le Moyne College in Syracuse, New York. At the competition, the Olympiads participated in various scientific events and won medals in the helicopter, towers, and hovercraft building events.

Team members competed against opponents from various state schools, many of whom had prior experience competing at the state competition, to triumph in these three events. Quinn Bardwell ’18 and Aaron Shtilerman ’20 placed first in the helicopters event while Jacob Abrams ’18, Brian Lee ’18, and David Guo ’19 placed eighth in towers and hovercraft events.

In general, qualifying for the state competition is an enormous achievement for the team considering that they only meet once a week, while their competitors meet up to five times a week. Nevertheless, the team was able to draw motivation from their successful performance at regionals to become tough competition at the state level. After all, the team was faced with a completely different playing field in terms of competition difficulty.

“The competition itself was also much more demanding. For instance, in ‘Disease Detectives,’ my partner and I were much more knowledgeable after the regionals, but the questions at the state level were much more specific and challenging, testing how much we actually knew and understood specific diseases and such,” said Guo.

The excellent leadership of captains Ashley Loke ’18 and Jacob Abrams ’18 was a major contributor to the success of the team. Loke and Abrams have been co-captains of the team for the past two years. During this time, they thought of ingenious ways to maximize the little time that the team has to practice. One way was to include lessons taught by ‘event managers,’ who are seasoned members who have more extensive knowledge of certain events.

Over the years, the Science Olympiad team has become more than just a club for science lovers. “All the time we spent preparing really bonded everyone together. Preparing for the competition this year felt more fun than last year, because I was doing it with the people whom I love,” said Loke. The milestones that this team has reached are a testament to the limitless possibilities that are in store for the team.