The Science Survey • May 1, 2018 • https://thesciencesurvey.com/spotlight/2018/05/01/stamler-gains-recognition-in-the-scientific-community/ 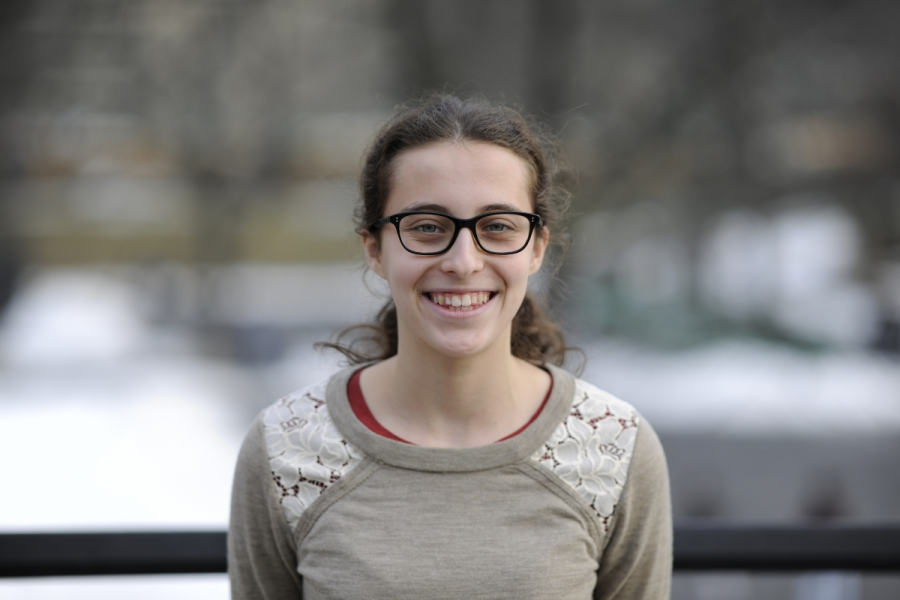 Every Bronx Science student starts from the same position: as a freshman who has yet to branch out and explore the world. It’s from the bottom that each student starts their journey, making friends and memories along the way, striving for some unforeseeable future. There are specific events and achievements that lingers in each students’ memories, for those occasions are a defining moment in their life. For Natasha Stamler, this occasion was being selected as a Regeneron semifinalist.

On January 9, 2018, Stamler ’18, along with seventeen other seniors, was informed that she was chosen as one of the 300 semifinalists for the Regeneron Science Talent Search Scholars competition, an amazing feat considering the qualifications that every candidate must satisfy, as well as the magnitude of the pool of entrants. Her research project is entitled “Creating a Model to Optimize and Evaluate the Heat-Reducing Capacity of Green Infrastructure.” It proposes a model that will improve New York City’s current green infrastructure program. Stamler devised a composite map showing where green infrastructure is needed most with consideration of different heat vulnerability factors (ie. seniors, children), which may to used to revitalized and optimize green infrastructure for the future.

As a research student, Stamler, along with the rest of her peers, entered the Regeneron competition. Students’ first steps during sophomore year involved looking for a mentor, a professional in the field, to aid them with their research. After dozens of e-mails and interviews, Stamler finally found her mentor, Dr. Stuart Gaffin, a research scientist at the Center for Climate Systems Research at Columbia University’s Data Science Institute, allowing her to formally begin her research. For research students, mentors play a critical role in the student’s research process, and may contribute in various forms: assisting with research, helping the student with organizing their data, or guiding them with the structure of their research paper. Working alongside her mentor, Stamler acquired invaluable field experience and research skills. “I enjoyed my research immensely and learned a lot. The work I did with my mentor was pretty different from my own but was fun, albeit tiring,” said Stamler.

Stamler has also had the chance to take part in the Junior Science and Humanities Symposium to present her research and data regarding green infrastructure improvements around the city, to a panel of judges and an audience of their peers. After careful consideration, she has been selected as a regional finalist after having been chosen as first place for the environmental sciences category. JSHS is a similar program to Regeneron STS in that JSHS promotes original experimentation in STEM fields and publicly recognizes students for their outstanding research. Stamler’s research is eye-opening in that it has the chance to properly change the currently imperfect infrastructure that is installed around the city.
“Her research is eye-opening.”
Stamler has also had the chance to co-author a manuscript, which bore the title, “Urban heat islands and cooler infrastructure – Measuring near-surface air temperatures with hand-held infrared cameras.” It was published in ‘Urban Climate,’ a journal created by Elsevier that serves to publicize research on theory and science relevant to urban climate conditions.

Her journey in research has been eye-opening for Stamler. “My research has clarified my interest in STEM by showing me that no problem is insurmountable,” said Stamler. Her plans to continue researching into college will give her the opportunity to effectively influence legitimate policies.