A portrait of Zoe Cooper ’20 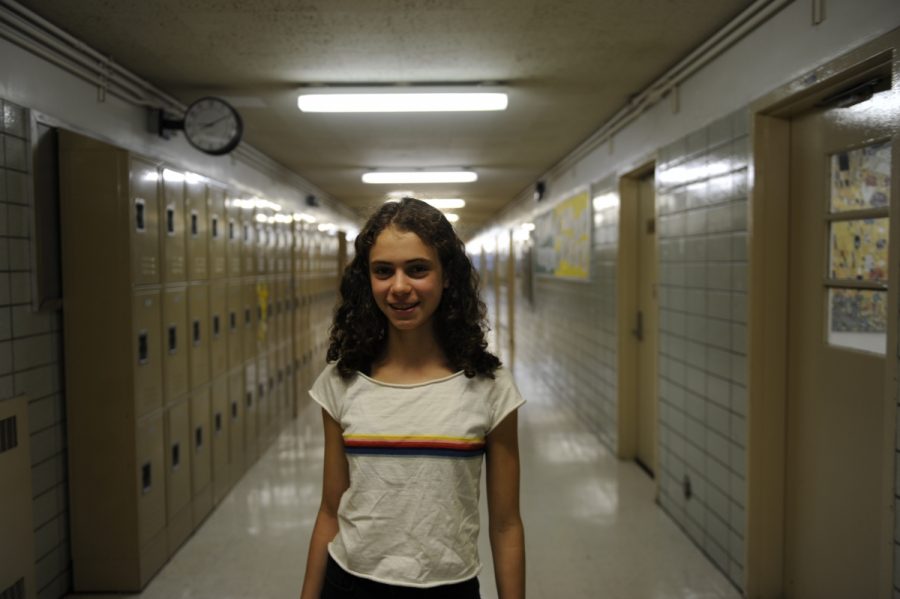 Cooper ’20 ran at the Junior Olympics last summer and hopes to continue to break records in the following seasons.

The Bronx Science Girls Cross Country team runs across the hills of the beautiful Van Cortlandt, a flurry of neon Sauconys and flashy Asics crunching the gravel. One girl runs ahead of the group: Zoe Cooper ’20, a participant in the 2017 Hershey Junior Olympics Championships for track in Kansas.
“Running around the track for distance becomes repetitive, but with Cross Country, you get to run with your friends and have people pace you.”
For Cooper, athleticism runs in her blood. Her mother used to play soccer in college and continues to run marathons, and her father played football in college. So Cooper’s love for running started long before she enrolled at Bronx Science. She first ran in middle school, though practices then were not as intense and held as often as they are at Bronx Science. When Cooper first saw the Girls’ Cross Country tryout posters, she was unsure about joining the team, because she was unfamiliar with cross country, but finally decided to give it a try.

This daring attitude is crucial for running long distances. But Cooper doesn’t mind these routines, as she cherishes the team she gets to run with. She compares her cross country experience to running track. “I definitely want to continue running in college,” said Cooper.

As the season progresses, the team is confident that Cooper will continue to break records.

But sometimes, running becomes boring, especially long-distance. For track, you run around the same course in the Armory, thirty laps around. This is different for cross country. “Running around the track for distance becomes repetitive, but with Cross Country, you get to run with your friends and have people pace you,” said Cooper. After practices and meets, the team goes across the street to get a slice of Lloyd’s famous carrot cake, which is Cooper’s personal favorite.