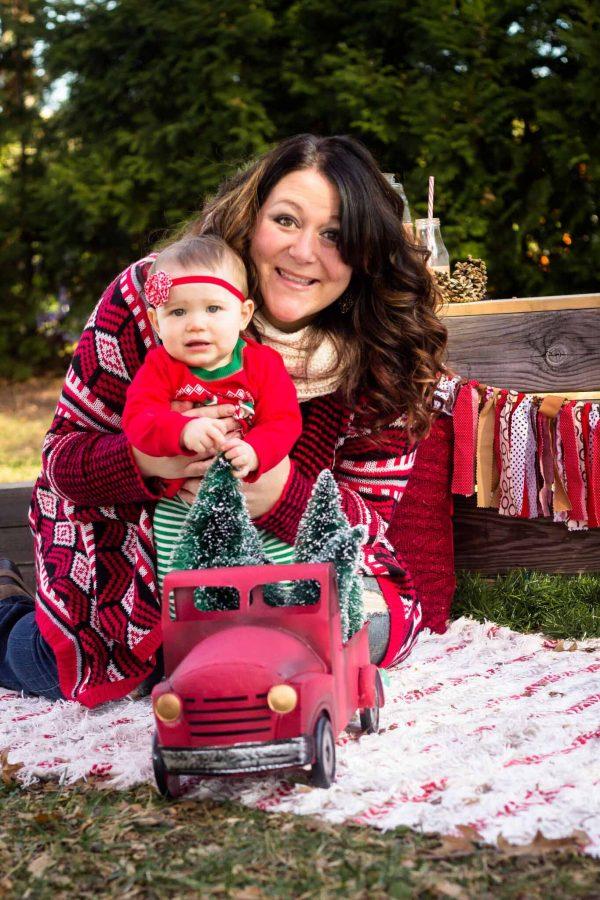 Breaking news: teachers have lives (and families) outside of school! In a country with a rapidly increasing population, it is not surprising that in the past several years, many of our teachers have gone on maternity leave.

English teacher, S!NG advisor, and Coordinator of Student Affairs, Ms. Parness, is a busy woman in and out of Bronx Science. Just last year, she gave birth to her daughter, Warner Noel Parness.

Although the littlest Parness is stubborn, she is also brilliant in her ability to walk, sing, and even dance at such a young age.

Being a mom has radically changed Ms. Parness’ usual schedule.

“I have no time for myself. At all. It’s like having two full time jobs with zero down time. I no longer wear makeup, and I always leave work by five p.m. now, whereas before, I was often here until 7 at night completing work,” said Ms. Parness.

Working at a school has also intensified her concerns about her daughter’s well being. “I worry that someday she’ll lose things at school and never be able to find them, and end up having to commute home without a coat. Dealing with the Bronx Science lost & found for students, for the past two years, has created that fear,” Parness said.

Ms. Parness continued, “She is my world. She is the sun, the moon and the stars. She warms my heart and makes me happier than anything on Earth. She is literally the most incredible thing that’s ever happened to me.”

Ms. Kountourakis, a history teacher, is yet another new mother on maternity leave. During the time she was at school, she always had a small arsenal of snacks, such as almonds, pears, yogurt, oatmeal, and tea, permanently stationed at the side of her desk.

After the birth of her beautiful boy named Elias Wolf Kountourakis, she discovered that she had, “a tiny hybrid of yourself staring at you and completely dependent on you. It’s simultaneously the biggest honor and yet a fear-evoking realization.”

Although she jokingly hopes that one day he will be the leader of the free world, or perhaps become a future president, Ms. Kountourakis mainly wants her son to make a difference.

“I’d love for him to be a leader. I’d like for him to be brave enough to stand up for what he believes is right and be willing to go against the grain if necessary,” Ms. Kountourakis said.

However, for now, she finds even the smallest things about him fascinating. “My husband and I laugh every time that he finishes eating, as he rolls his eyes back, puts on a satisfied face and falls asleep with a smile on his face. It’s just hilarious!”
“I’d love for him to be a leader. I’d like for him to be brave enough to stand up for what he believes is right and be willing to go against the grain if necessary,” Ms. Kountourakis said.
However, Ms. Kountourakis and Ms. Parness  are not the only two teachers who have recently left for maternity leave at Bronx Science. Ms. Brown, Ms. Pettenon, Ms. Kudlash, Ms. Sapozhnikov, and Ms. Han, respectively a guidance counselor, Chemistry teacher, Mathematics teacher, English teacher, and Japanese teacher, have all left during all or part of this academic year to care for and nurture their newborn babies. Thus, let us celebrate the miraculous process of birth enjoyed by many of our teachers and their families!