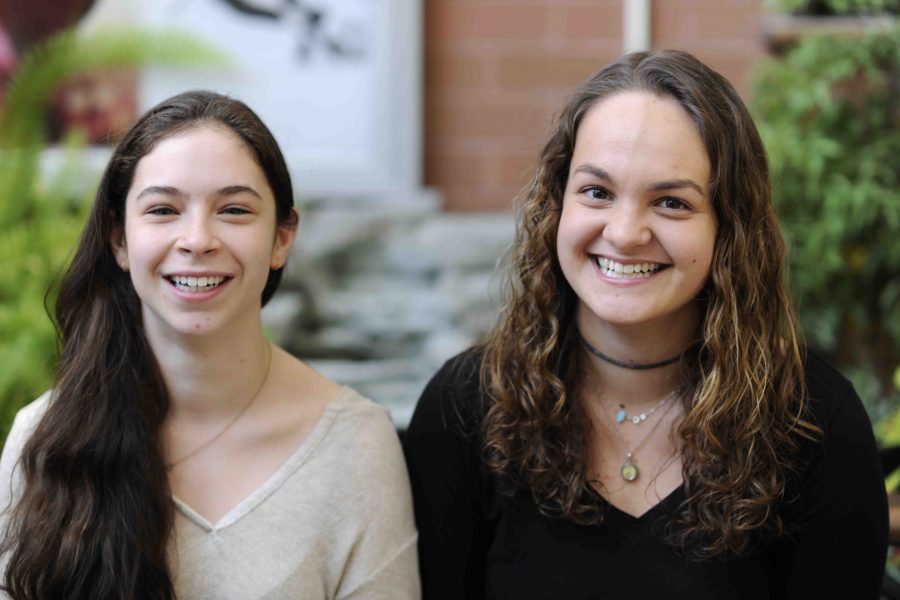 Zoe Posner ' 17 and Maya Osman-Krinsky '17 are the founders of the Women in Debate group.

Bronx Science’s Speech & Debate Team has always been known for being consistently strong, but it is essential that everyone on the team is acknowledged equally for their contributions, starting with the girls of debate.

Created in October of 2016 by Zoe Posner ’17 (Lincoln-Douglas debate) and Maya Osman-Krinsky ’17 (Public Forum debate), Women in Debate is a group that meets two to three times a month to discuss different women’s issues and how they are relevant to debate. The group also discusses current challenges that people have experienced at recent tournaments and brainstorms ideas to help solve them.

Osman-Krinsky and Posner noticed the underlying difference between girls and boys in debate. “There were some really amazing and outspoken girls, which isn’t necessarily common for the debate community, because it tends to be an extremely male-dominated activity,” said Osman-Krinsky.

“In rounds, a male team can be as aggressive and assertive as they want, and that gets props. But if a girl does that, she’s looked upon as being too aggressive,” said Posner.

The girls were also frustrated with the treatment of debaters within debate rounds. “In rounds, guys tend to be way more assertive and aggressive, and it’s encouraged by the judges because they are praised for pushing and not being complacent or passive, while girls are encouraged to take less of an aggressive role during the round,” said Osman-Krinsky.

The members of Women in Debate have long since taken their own steps towards challenging the gender differences in debate. “As a novice, that was the first time I noticed [that] unless I was wearing high heels and a pencil skirt, people would not take me seriously, or that you had to be docile if you were debating a male opponent,” said Posner.
Posner began dressing more casually forher debates and became more assertive when debating against a male. She would often show up to rounds in jeans and a t-shirt.

“We’re criticized when we raise our voices, and we are actually docked speaker points if a judge thinks we’re being catty,” said Osman-Krinsky. Thankfully, the women in debate are not planning on letting these issues bring them down — instead, they serve as motivation. Bronx Science as a school has begun to take initiatives as well.
“Unless I was wearing high heels and a pencil skirt, people would not take me seriously, or you had to be docile if you were debating a male opponent.”
Next year, at the New York City Invitational, the debate tournament run by ourschool, an equal ratio of female to male judges will be hired to help eliminate gender bias.

Posner summed up her experience. “Creating a space that validates concerns that female debaters have had is super valuable. Instead of saying, ‘Maybe it’s just because you’re not a good debater,’ hearing concerns that are legitimate and really universally shared is something that is really important . . . This is my way to give back; to say that I’ve talked about it for four years.”

Clearly, the Women in Debate initiative has already challenged gender biases within the debate community, both at Bronx Science and the community at large.