Are the Rules in the Newest Collective Bargaining Agreement Good for Baseball?

The newest Collective Bargaining Agreement has introduced a host of changes to baseball players and fans, but how has it actually fixed the core issues of Major League Baseball? 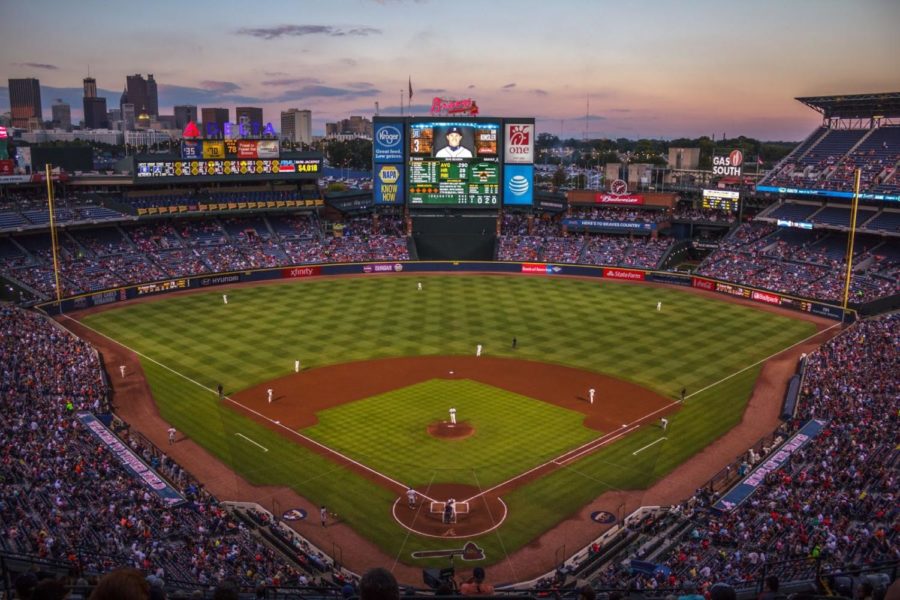 The new CBA has attracted new fans to its game, while deterring others with its rule changes.

Following a lengthy lockout during  the MLB offseason which bled into spring training, the players union and team owners agreed to a new Collective Bargaining Agreement (CBA). The new CBA has brought drastic changes to the landscape of baseball, with two of the biggest changes being the implementation of a universal designated hitter and the pitch clock.

Many older baseball purists opposed these changes, as they signal a departure from the way baseball has been played for the past century and a half.

These changes are intended to usher in a new generation of fans who will be more accustomed to the analytical approach that teams have begun to take in recent years. Although analytics have made the sport more strategic and technological, it has definitely slowed down the game.

New analytics have provided  information that has allowed teams to find the best ways to score and prevent runs, that being the three true outcomes: home runs, walks, and strikeouts. As a hitter, it is analytically favorable to “swing for the fences” since that will increase the chances  of scoring a run rather than stringing together numerous hits in a row. As a pitcher, finding a batter’s biggest weakness and attacking it numerous times has become viable with the new analytical information. This new approach has put less balls put in play, taking action out of the game.

If you speak to a non-baseball fan, they will most likely say that the game “is boring” or “nothing happens.” The slow pace deters many people from watching. “No one around me ever enjoyed baseball when I was a kid and so I never was introduced to it, and when I was at an old enough age to explore these things myself, I just found baseball to be too slow and found too much of the game was standing around,” said Ryan Goldsmith ’22.

Even among baseball fans, the season seems to drag on. “I think the best improvements for baseball would be fewer games in a season so that players can stay healthy and put on a better postseason for us,” said Andreas Vasiliadis ’22.

Although the new agreement hasn’t guaranteed more action on the field, these new changes have moved the sport towards becoming more accessible. “Getting rid of the shift, I think that’s a good step, and getting rid of the pitchers batting rule, that’s another good one because there’s no need for pitchers to be out there striking out and batting a hundred,” continued Vasiliadis.

However, these changes have neglected some of the biggest issues surrounding the league: financial fair play and minor league salaries.

Major League Baseball is different from the other three major American sports, as baseball has a much more extensive minor league system. In the NFL, NBA and NHL, many players will start on a big league team from the beginning of their career. High draft picks can become franchise cornerstones before playing a single game. However, in baseball, even the first pick in the draft may have to spend multiple years in the minors before being called up to the majors.

While highly sought after draft picks and international free agents earn enough from their signing bonus to support them for years, most minor league players do not have that luxury.

Annual minor-league salaries can range from $4,800 to $14,000 for their twenty-three-week work period. This forces players to take on side jobs during the offseason, with many working  multiple jobs throughout the year. This forces many players into early retirement, even if they had major league potential.

These players have worked hard their entire lives, and are now in billion dollar organizations that should be taking care of them, yet they are scraping to get by. Surely they can provide a living wage for their athletes?

However, this stretches beyond ethics. From a baseball standpoint, more funding should be going into the minors. Allowing players to train in the offseason rather than work other jobs can help hone their craft and improve their abilities as athletes. Giving players these resources may allow teams to produce greater talent, which is the overarching purpose of the minors in the first place.

The new CBA had some improvements in this sense, as it required teams to provide housing for all minor league players. Despite this effort to better the lives of minor leaguers, it is not enough. Teams will continue to spend minimally, discounting player comfort. Giving players a livable wage will not only help the players, but also help the team in the long run.

Baseball is also different from the other major American sports in that teams do not have a salary cap; they have a luxury tax. This makes it so that if a team goes over a certain threshold of money, they will have to pay a tax, with the amount increasing the more they exceed the limit and the number of consecutive years they go over.

The issue at hand is that many teams don’t even come close to approaching the luxury tax, while big market teams dominate spending. Why not just have a hard salary cap, balancing the field more? This way, the Los Angeles Dodgers can’t just spend $32 million more than any other team just because they have the money to do so.

However, overspending of top teams alone isn’t the issue, it’s also the lack of incentive to win. In sports, you usually try to be good. Strong skills sell tickets, bringing in more revenue and allowing organizations to accrue more profit. However, because of TV revenue, teams no longer view selling tickets as a necessity.

Running extremely low payrolls is profitable because of the money teams generate from these TV deals, making losing a viable option for the owners. To fight this, teams should either be given a new incentive to win, or have a salary floor. This will force teams to spend more money and create a better team rather than be content with losing.

In the end, the newest CBA touched on big issues such as fan engagement, but failed to address many of the financial problems plaguing the sport. Giving minor leaguers a livable wage and the resources they need to succeed would benefit both the teams and the sport as a whole. Balancing the playing field between small and big market teams will only make games more competitive and engage more fans. In the end, the MLB wants more people to watch and play baseball, and to do that, they will have to dig deeper.

“Getting rid of the shift, I think that’s a good step, and getting rid of the pitchers batting rule, that’s another good one because there’s no need for pitchers to be out there striking out and batting a hundred,” said Andreas Vasiliadis ’22.