An Overview of Olympic Figure-Skating and Recreational Ice-Skating

Behind the impressive turns and flips of Olympic figure skating are very detailed logistics. And a lighter activity, recreational ice-skating, can be enjoyed around New York City. 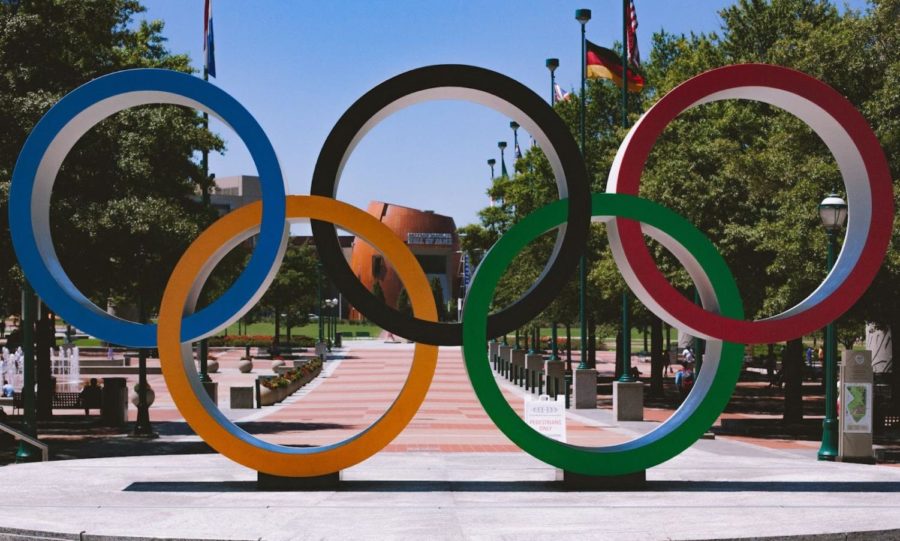 Of the sixteen skaters on Team USA this year, some notable fan favorites include Mariah Bell, Alysa Liu, and Nathan Chen. In the men's short program, Nathan Chen broke the world record by scoring 113.57 in his gold-medal performance.

“Next to skate, representing the United States of America,” says the announcer as the crowd begins to erupt in applause, “Nathan Chen.”

The 6-time U.S. national champion skates towards the center and takes his position. The sweet first keys of the music fill the stadium. After a moment’s pause, he skates away to perform his world record-breaking performance.

Figure skating was originally a Summer Olympic sport before it became a Winter one. It made its first appearances in the 1908 and the 1920 Summer Olympics before appearing in the first ever Winter Olympics in 1924, and though it has drastically changed, it has remained a popular sport amongst fans.

“I love watching the Olympics, especially figure skating, because it is so mesmerizing” said Maheen Asaf ’25.

The Winter Olympics most recently took place from February 4th through the 20th, 2022 in Beijing, China, but the selection process began a year prior.

About a year before the Olympics, the World Figure Skating Championships are held. Depending on their success here, countries are dealt their respective number of seats at each event – singles (men’s and women’s), pairs, and ice dance. Afterwards, each country’s selection team handpicks the top figure skaters to represent their country. In the U.S., the selection team uses the U.S. National Figure Skating Championships to get a gauge of the top skaters to compete in the Olympics. The selection team also considers an athlete’s past success and track record.

The 2022 U.S. National Championships were held in Nashville, Tennessee from January 3rd to 9th, 2022. Skaters qualify for Nationals by placing in the top four at one of the three sectional competitions held each year. Skaters can also receive a bye (when competitors advance to final rounds without competing in prelims) to Nationals based on their success at prior international events.

The International Judging System (IJS) is used in U.S. Figure Skating competitions and in the Winter Olympics. The IJS was adopted to prevent cheating, but it is extremely complicated; points can be deducted based on a number of exhaustive technical rules.

Skaters receive two scores in a round: the technical element score (TES) and the program component score (PCS).

The TES is scored based on the difficulty and execution of the moves. Each element has a standard base value, the maximum score a skater can receive for a trick. Each judge on the panel gives a grade of execution, or GOE, based on how well they think the element was performed. The final GOE is calculated by dropping the highest and lowest scores (if applicable), adjusting it by the GOE factor, and lastly averaging it. The final GOE is added or detracted from the base value of the element.

The PCS scores are based on the five basic program components: skating skills, transitions, performance, composition, and interpretation of music. Scores for each category range from 0.00-10.0, in intervals of 0.25. The judges’ scores are calculated much like the GOE, except the final total of all five is multiplied by the factor to balance the PCS and TES.

The U.S. ended the 2022 Winter Olympics with 3 medals in figure skating. Nathan Chen took home the gold in men’s singles, and the duo of Madison Hubbell and Zach Donohue took home bronze in ice dance; both contributed to the U.S.’s silver medal win in the overall team event, with a total of 65 points across all figure-skating events.

Figure skating is one of the most rigorous sports out there, combining artistic elements with physically demanding skill and precision. Skaters turn, spin, and jump on four millimeter blades. They must be flexible enough to perform the movements. To master the complicated jumps and turns, falling is part of the process.

Figure skating is, without a doubt, truly a difficult sport to play (and to calculate points for).

On a more relatable note, recreational ice skating is also back in season! Ice skating season typically starts in late October and ends in March – though some indoor rinks are open year-round. There are many indoor and outdoor ice-skating rinks scattered throughout New York City. Admission + skate-rental prices can range from $13-35.

Now, due to COVID-19 precautions, guests typically have to reserve their spot online during specific time slots. Mask requirements may vary depending on the rink. Proof of vaccination is not required in outdoor rinks – but indoor rinks may require it.

“There’s a train station that is about a 10 minute walk away, and there are a couple of bus stops near it as well. As for the pricing, it is really affordable,” said Yangchen Sherpalama ’24.

The admission is $7 on weekdays and $10 on weekends/holidays; the rental skates are $6. Guests must make an account on their website prior to reserving spots. There are one or two session(s) per day – most sessions are day-long or several hours long – and guests may enter at any time during their scheduled session.

Down in Brooklyn, the ice rink at Lefrak Center in Prospect Park is another well liked spot. The rinks are big, and there’s a cafe and outdoor seating to rest and chat. There are two outdoor sections: one is covered and the other is open-air. Guests can reserve their 90 minute session online. Admission is $8 on weekdays and $12 on weekends, and skate rentals are $8.71.

Masks and proof of vaccination are not required to skate, but they may be required indoors.

Famous for their Winter Village during the holiday season, Bryant Park is also home to New York City’s only free admission ice-skating rink.

Admission is free, but rental skates can range from $15-$24 (depending on the day and time). Skaters must reserve their 55 minute session online. Masks are required on the rink.

Bryant Park has closed for the season on March 7th, 2022, so go to it next year!

At the famous Wollman Rink, skaters can skate under the spectacular Manhattan skyline. The rink is located in south Central Park.

On the pricier end, admission can range from $14-$24, and rental skates are $11. Any non-skaters above the age of four must have a $6 admission ticket. There are no sessions, so guests may enter at their entry-time and leave at any time before the closing time (no re-entry). Skaters can enjoy Wollman Rink until March 31st.

Ice skating is back in season. Enjoy recreational ice-skating or simply enjoy the performance in the Winter Olympics. Happy skating!
“I love watching the Olympics, especially figure skating, because it is so mesmerizing” said Maheen Asaf ’25.