An MVP Race for the Ages: Cooper Kupp of the National Football League (NFL)

Cooper Kupp had arguably the greatest season in football that a wide receiver has ever had. 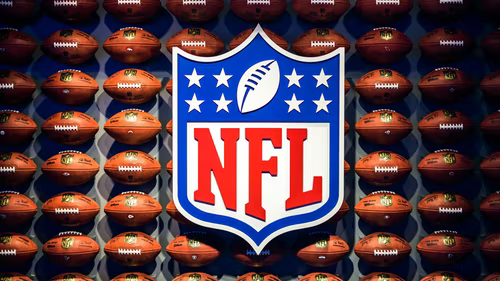 "Cooper Douglas Kupp (born June 15, 1993) is an American football wide receiver for the Los Angeles Rams of the National Football League (NFL)," from his Wikipedia page.

Cooper Kupp had arguably the greatest season that a wide receiver has ever had. Jonathan Taylor had over 2100 scrimmage yards and carried the Colts to relevance. Aaron Donald has three players guarding him every play and might be the best player in the league. Yet, none of these players will take home the NFL Most Valuable Player (MVP) award.

The MVP award is given to the player who is deemed most valuable to their team during the regular season. A panel of 50 voters decides the result before the playoffs begin, and the winner is revealed right before the Super Bowl at the NFL Honors celebration.

In the 64 years that the MVP award has been handed out, the winners have primarily been offensive, skill players. In fact, only three players have been on other sides of the ball: Alan Page in 1971, Lawrence Taylor in 1986, and Mark Moseley in 1982. 17 out of the last 20 winners of the award have been quarterbacks, including the last eight— a positional streak longer than ever before. This year seems like it won’t be any different.

The primary race is between Green Bay Packers quarterback Aaron Rodgers and Tampa Bay Buccaneers quarterback Tom Brady. Both of these legendary play callers already have three MVPs to their name, but this season they have each made a case for yet another trophy.

Aaron Rodgers, the reigning MVP, has had a stellar season. His Packers topped the NFC standings and were Super Bowl favorites by the end of the regular season. Rodgers racked up 4,115 yards and 36 touchdowns over the course of the regular season putting him in the tenth and fourth in the league respectively. However, his impact is felt more through his efficiency and decision making. Rodgers threw only four interceptions, the fewest in the league, and completed nearly 69 percent of his passes, second most among all quarterbacks. Rodgers consistently puts his offense in a position to score and rarely hurts his team with turnovers.

His Expected Points Added (EPA), +.261, is far and away the best in the league, nearly double that of Patrick Mahomes who sits in second. This stat is usually used to gauge the importance of a player to his team. For his entire career, Rodgers has ruled the NFL in terms of efficiency, and though his stats this year are not as illustrious as his previous MVP seasons, they still make an extremely compelling case for the 2021 award.

Then there’s the forever young Tom Brady. In his last NFL season, Brady played as good, or even better than any of his previous twenty-one seasons. He led the league with 5,316 passing yards, 719 passing attempts, and 43 touchdowns. His Buccaneers grabbed the number two seed, right behind the Packers. Brady showed up in big moments all season and, like Rodgers, played with supreme efficiency. “You rarely ever see Brady make a wrong decision, and to be doing that at 44 years old is just so impressive. That’s why he’s the MVP, in my eyes,” said Vasu Patel ’22.

Brady was top five in the league in almost every advanced statistic, including defense-adjusted value-over-average (DVOA). This compares success on each play based on a number of variables like down, distance, and IQR, which is an Independent QB Rating that counts receiver drops as catches. By leading in this category, Rodgers shows that he is the last to bring down his team. These statistics cement the stellar season that he has had, but within them lies one large issue for his case for MVP: Rodgers beats him in almost every single category.

Here is a chart showing all of the statistics that are combined, in order to judge an efficient quarterback:

In the NFL, efficiency equates to good play, so by these metrics, Rodgers is the best that you can get. However, one could argue that stats are more important than efficiency. But how much do statistics matter, if your team puts you in a perfect position in order to produce them? Like the planets to the sun, the Buccaneers roster orbits around Tom Brady. From the 3rd string receivers to the plays that the coaches call, every aspect of Tampa Bay’s strategy is suited to make Brady look and perform as well as possible. The Bucs called more passing plays than any other team in the league, and Brady had over 40 more attempts than any other quarterback. A lot of this passing emphasis stems from the Buccaneers coach, Bruce Arians. The best example of the Arians effect came in 2015, when Carson Palmer was second in MVP voting. Palmer doesn’t have the skillset of a MVP caliber quarterback, but Arian’s game planning got him close. Of course Brady is ten times better than Palmer, and he has won MVPs in his past, but having Arians as his coach definitely helped Brady.

Jakob Deswaanarons’22 said, “I think it should be Rodgers because between him, Jonathan Taylor, and Tom Brady, Brady’s team is too good to be called the MVP — Rodgers has a much less talented team around him.”

Brady played with the number two rated offensive line in the entire league and arguably the best receiving core for most of the season. Antonio Brown and Chris Godwin both missed time, but Mike Evans stayed healthy for most of the season. Rodgers threw behind the 14th ranked Offensive Line with a group of receivers that, apart from Davante Adams, was inconsistent. However, Adams cannot be written off as a factor of Rodgers’s success — he has been widely regarded as the best receiver in the NFL for the last two years.

But still, throwing to the number one receiver or not, Rodgers sets himself apart from the pack.
Cooper Kupp had arguably the greatest season that a wide receiver has ever had.