How ‘Bout Them Mets? 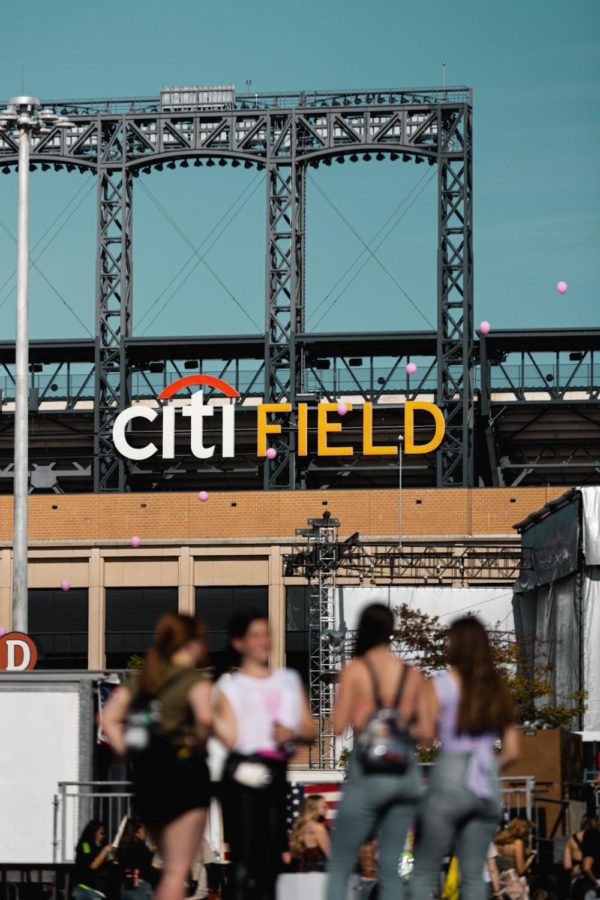 After over forty years at Shea Stadium, the Mets opened the 2009 season at Citi Field, their new park.

New York City is home to two baseball teams. One is the Yankees, who have won the World Series more times than any other team (27 titles to 11 from their runner-up) and boast some of the best names in baseball history as alumni. Babe Ruth, Mickey Mantle, and Lou Gehrig all spent most (if not all) of their careers with the team, earning notoriety for the “Bronx Bombers.” The other team, you ask? That would be the Mets, the oft-ridiculed, Flushing based underdogs.

The Mets organization was established in 1961, following the Dodgers and Giants’ departure for California in the late 1950s. After an abysmal first few seasons, (going 40-120 in 1962) the “Miracle Mets” pulled through to win the World Series in 1969. A major contributor to this success was Tom Seaver, a 3-time Cy Young award winning pitcher, and currently the only Met in the baseball Hall of Fame. Where the 1969 win was unexpected, as the Mets were considered a team of scrappy underdogs, their World Series victory in 1986 was anything but that. Despite a habit of fighting and excessive drinking (sometimes at the same time), the ’86 Mets were a dominant force, winning over 100 games in the regular season and beating the Boston Red Sox for the title.

The team’s financial situation has played a major role in their struggles over the past twenty years. The former owner of the franchise, Fred Wilpon, was close with Bernie Madoff, orchestrator of the largest financial crime in US history. The Wilpon family has been tight lipped about their knowledge of Madoff’s schemes and exactly how his partnership with Fred Wilpon functioned, but it is known that Madoff had an unusual and inappropriate amount of control over the team’s finances. While Madoff’s Ponzi scheme was still drawing in money, he bankrolled the team, allowing Wilpon to sign top players like David Wright and Jose Reyes through the early 2000s. But in 2008, when his crimes were discovered, the organization’s security net was pulled out from underneath them. Without that money, Wilpon and the Mets were no longer able to make big deals or signings.

Fred Wilpon was a majority owner of the Mets from 1986 to 2020, and in that time the team never won the World Series, only even coming close twice. In 2020 the team was sold to Steven Cohen, a lifelong fan who, unlike Wilpon, has the money to pay the salaries of top players. Many fans are excited about this change in ownership, like Joseph DeCaro of metsmerizedonline.com who said via e-mail, “I’m very enthusiastic about having an owner who has loved the team as long as I have. I feel very positive about our future and look for better days ahead.”

This excitement has been ramping up in the past few weeks, as the Mets have made a lot of key trades. This period began with the surprising loss of star pitcher Noah Syndergaard to the Los Angeles Angels. Syndergaard has been injured for the past two seasons but entered free agency this offseason and allowed himself to be “wooed” by the Angels organization. This loss worried fans, as the team’s pitching staff has been its not-so-secret weapon over the past five to ten years, and the move left two-time Cy Young award winner Jacob DeGrom as the only remaining starter from the 2015 team that made it to the World Series. But in the past few weeks, the franchise has made several high profile free agent signings, the most important being Max Scherzer, a three time Cy Young award-winning pitcher who previously played for the Dodgers. Cohen, the wealthiest team owner in the MLB, is certainly sparing no expense, spending over $250 million on free agents this offseason. The Mets now have the highest payroll in the league at over $235 million for 2022, satiating fans’ cries to sign big names.

As of December 19th, 2021, the Mets have just signed a new manager, after firing Luis Rojas. Buck Showalter has been in the MLB for decades, and has managed multiple teams, including the Yankees. Showalter is known to be a good manager, and, unlike the past few Mets managers, has plenty of experience, but the choices he will make as manager of the Mets remain to be seen.