The Science Survey • May 1, 2021 • https://thesciencesurvey.com/sports/2021/05/01/has-cristiano-ronaldo-made-juventus-worse-a-critique-of-the-portuguese-professional-footballer-who-plays-as-a-forward-for-the-serie-a-club/

Has Cristiano Ronaldo Made Juventus Worse? A Critique of the Portuguese Professional Footballer Who Plays as a Forward for the Serie A Club

Was the $100 million dollar transfer fee of Ronaldo worth it? 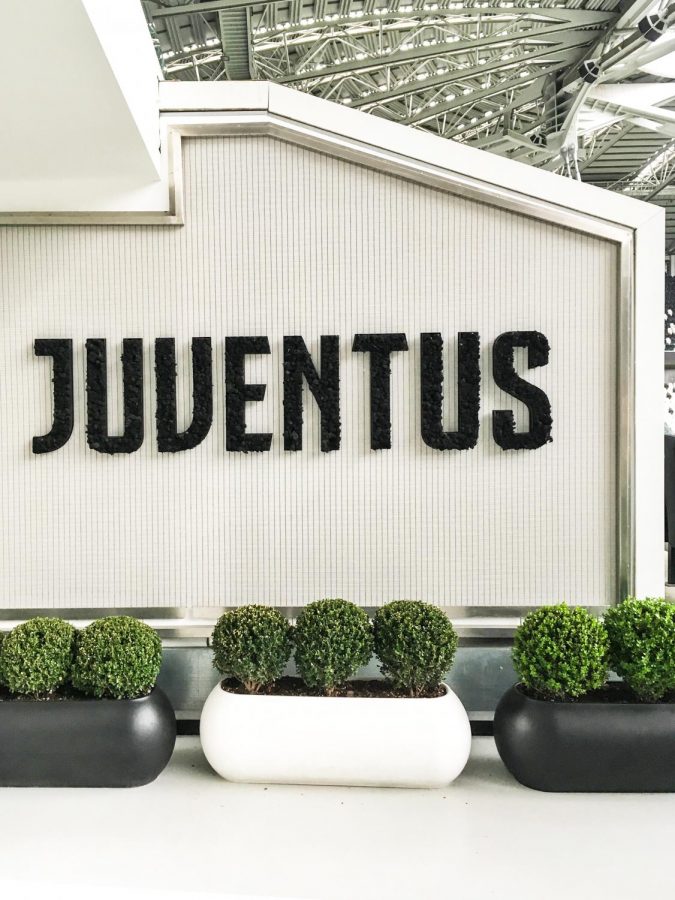 Juventus spent over $100 million in order to acquire Ronaldo, in the hopes of finally notching a UEFA Champions League title.

“I will do the impossible and win the Champions League with Juventus,” Cristiano Ronaldo said during his Juventus introductory press conference.

After enjoying much success during his brilliant nine year stint with Real Madrid, Cristiano Ronaldo decided that it was time for a “new challenge.” In a move that shook the world, Ronaldo was transferred to Serie A giants Juventus for an extraordinary fee of $100 million. Prior to Ronaldo’s transfer in 2018, Juventus were a very solid Champions League team. Reaching two finals in the 4 years before 2018, Juventus believed that all they needed to finally get over the hump was to get arguably the greatest Champions League player ever. The “Ronaldo Project” was commenced with the sole goal in mind of winning the Champions League. However, even before Ronaldo ever made his debut for Juventus, questions arose. Was a 33-year-old player almost at the end of his prime worth spending over $100 million in transfer fees? No matter how unbelievably consistent an athlete like Ronaldo could be, Father Time is undefeated.

The Juventus front office paid very little attention to the noise. In their mind, the deal was indisputably the right one, and they were sure they would finally get their hands on the elusive silverware they had been fighting for nearly 20 years. However, nearly 3 years later, things did not quite turn out as they expected. In their first-ever UCL campaign with Ronaldo, Juventus were knocked out by Ajax, an Eredivisie team, in the quarter-finals. Losing to such a team was nothing short of an embarrassment, as while Ajax at the time was filled with players barely over 22 years of age, Juventus were stacked with quality veteran players with much more experience. In the following year, the ‘Old Lady’ was eliminated by Lyon, a team that struggled in Ligue 1, and who no one believed would have a chance against Ronaldo’s squad. And now in 2021, their third go at the UCL with Ronaldo, Juventus fell to Porto, a club that, like Ajax, was not even a member of Europe’s top 5 leagues.

To add to this embarrassment, Ronaldo was deemed the worst player on the pitch in both ties, earning an average match rating of 6.0. In 3 attempts, Juventus were eliminated by teams they should have readily defeated given their quality, and yet they seem to have been getting progressively worse ever since their acquisition of “Mr. Champions League.” This is a notion that many soccer fans are beginning to accept, much to the anger of Ronaldo supporters. To them, such a statement is blasphemy. You will often find them on Twitter bringing up statistics about how Ronaldo has scored 80% of Juventus’ goals in the UCL knockout stages, or how he has scored over 40% of the Bianconeri’s Serie A goals this season.

The reality of the situation is that there are true elements to this notion. Cristiano Ronaldo is a goalscorer, and an incredibly skilled one at that. He has recorded over 770 goals over his career, and will surely surpass the 800 goal mark by the end of his career. But ever since 2016, all he has been is a goalscorer — a poacher, to be more precise. To compensate for his aging body, Ronaldo has decided that it was best for him to spend most of his time waiting in the box, and waiting for the perfect chances to strike. In his Juventus tenure, this has become glaringly evident, as nearly 70% of his positioning is recorded to be in the 18-yard box. This is just one of the tactical problems of Ronaldo.

While we cannot blame a 33-year-old much for an average work rate and an inability to drop deep and to influence the build-up play that much, it most certainly creates a problem for Juventus. This style of play worked well during his Real Madrid years, as the world-class midfield duo of Kroos and Modric more than made up for Ronaldo’s lack of influence. However at Juventus, with a midfield that now consists of the likes of Rabiot, Bentancur, and Chiesa, such poaching play creates problems, as the midfield struggles to find someone with whom to link up. A second striker with brilliant “holding” play would fix such a problem, but that striker would have to be world-class, and with Juventus struggling to keep up financially due to the ongoing Corinavirus pandemic, such an option is not possible right now ─ unless, of course, Ronaldo is sold.

Another problem with Ronaldo is the pressure that he puts upon his teammates. With all of the glory and success that comes with Ronaldo, also comes a certain ego. While his teammates or coach would never admit this on television, it is evident that Ronaldo’s teammates feel pressured to supply him at all times. It is why Ronaldo has missed over 33 big chances in Europe this season, more than any other player. This pressure, combined with Ronaldo’s lack of dynamic play, makes for a very stagnant offense. “When you watch Juventus play, it is very evident, in my opinion, that Ronaldo just makes Juventus’ offense stagnant and predictable,” said Tim Wang 21’. “In my opinion, they should have have invested that money in improving their squad elsewhere.”

If Ronaldo receives the ball anywhere outside of the 18-yard box, he almost always either loses possession, with either an inefficient shot that sails over the bar, or a dribbling attempt that goes horribly wrong. Ronaldo’s dribbling has been extremely poor, since 2016. In his time with Juventus, Ronaldo averages 1.55 dribbles per game. Not only is this one of the worst dribbling stats per 90 minutes, but it also does not speak to the quality of dribbles. Nearly none of them are chance-creating dribbles, completed usually on the wings, where feinting past a defender is relatively easy. In comparison, Lionel Messi, a player considered along with Ronaldo to be the best player in the world, has averaged 4.33 dribbles per 90 minutes in that same time period, more than twice the number of Ronaldo’s.

While it is evident Ronaldo has done his main job at Juventus by scoring a tremendous number of goals, he has also brought his fair share of problems to the team. As he is now 36-years-old and inching ever closer to retirement, the time has come for the Juventus front office to make a thoughtful decision this summer of 2021. Do they keep Ronaldo and his heavy wages and look to build a better squad around him next season? Or do they look to offload him in the summer and invest the money received from his sale to build a more cohesive team for next season? Whatever the decision is, Juventus must make significant changes, if they are to win a UCL in the Ronaldo era.
In comparison, Lionel Messi, a player considered along with Ronaldo to be the best player in the world, has averaged 4.33 dribbles per 90 minutes in that same time period, more than twice the number of Ronaldo’s.