How a new coach and energetic young players have brought about a new culture within the historic New York Knicks franchise. 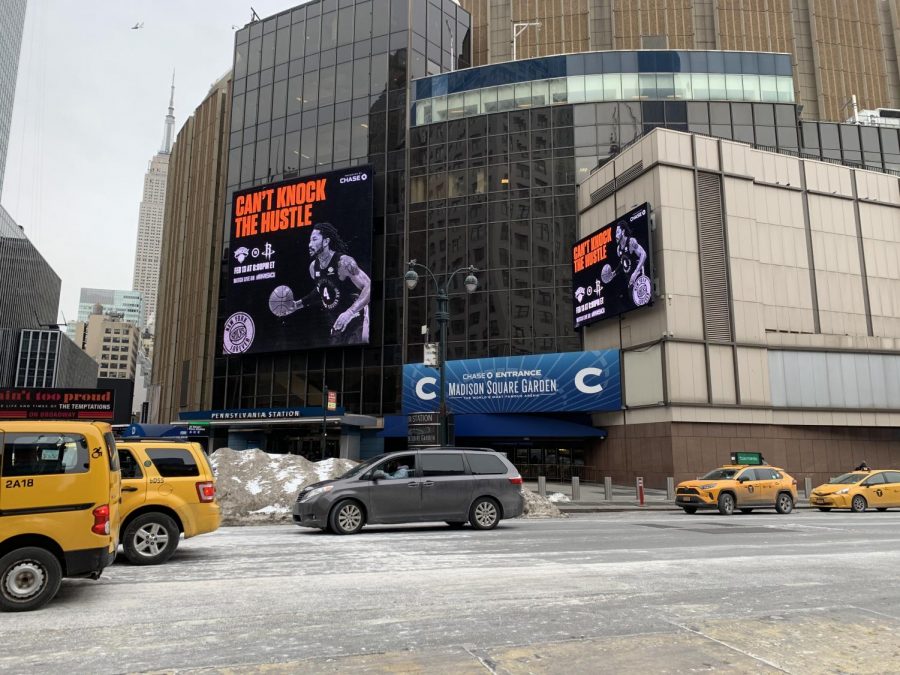 Advertisements outside the Knicks home arena, Madison Square Garden, display the message, “Can’t Knock The Hustle,” a nod to how hard the Knicks have been playing this season.

Last year, 24 games into the season, The New York Knicks had only won 4 games. At the same point in this year’s season, they had 11 wins and were tied for 6th place in the Eastern Conference, putting them in the conversation for a seat in the playoffs. This is emblematic of the culture shift brought on by their new defensive-minded head coach and reinvigorated young players.

The New York Knicks are one of the NBA’s most historic franchises. However, for the last 20 years, they have been the laughing stock of the league, mainly due to managerial mistakes, coaching changes, and incompetent ownership decisions that have left the Knicks with countless disappointing seasons. This year however, the Knicks have made some serious changes, and look to be on their path to building a winning culture in the “mecca” of basketball.

Since 2015, the Knicks have had 5 different head coaches, making it hard for the team to establish an identity in the league. This year, however, they have seemingly landed on the perfect fit in their new head coach, Tom “Thibs” Thibodeau, who is a veteran of the NBA known for making his teams play great defense. As Bronx Science student and avid Knicks fan Huck van Schie ’21 said, “Thibs is the perfect coach for this team.”

This is because Thibodeau has brought about a shift in culture within the organization, demanding that the team play winning basketball and get the most out of the young players on the team. “Thibodeau has also brought that defensive intensity that he is known for to this team, and has overall just made them way more fun to watch because it seems like they can compete in every game, ” van Schie explained.

One player who has clearly benefited from new coaching is the 26-year-old star forward, Julius Randle. Last year, during his first season as a Knick, Randle was heavily criticized by the fans and media for his selfish play. As van Schie said, “He was such a ball hog, and I thought he made the team worse when he was out there.” However, these critiques have died down as Julius is now close to doubling his assist average with 5.5 assists a game this year compared to only 3.1 per game last year. His reinvigorated play this year has been rewarded by his selection to play in his first ever NBA All-Star Game. van Schie admitted he was wrong about Randle and added, “He is clearly the leader and best player on this team. This team only goes as far as Julius takes us.”

Thibodeau has also fired up the Knick’s younger players. This is especially true for the 20-year-old R.J.Barrett, who, as van Schie said, “is only 2 years older than some Bronx Science students.” R.J. was outshined by the play of other rookies last year, but this year he is showing why he deserved to be drafted third overall by improving in almost every major statistical category.

Another young player who is off to an excellent start is the Knicks’ rookie, Immanuel Quickley. He was drafted with the 25th pick and did not have high expectations going into the season, but so far, he has proven the teams that passed up on him wrong by establishing himself as a legitimate offensive threat in the NBA. He has done this through excellent shooting from behind the 3-point line, where he makes 36.5% of his shots, and from the free-throw line where he is one of the best shooters in the league, making 93% of his shots. This excellent shooting, paired with his uniquely exceptional “floater” has proven that Quickley was the steal of the draft.

This new and improved version of the Knicks is fun to watch. They compete to win every game, which cannot be said for their past seasons. With  coach Thibodeau’s culture change, the Knicks have established themselves as a team who plays “the right way,” and their hard work has paid off with a much better record than they have had in years.
“Thibodeau has also brought that defensive intensity that he is known for to this team, and has overall just made them way more fun to watch because it seems like they can compete in every game,” said Huck van Schie ’21