A Celebration of the Bronx Science Varsity Bowling Teams. 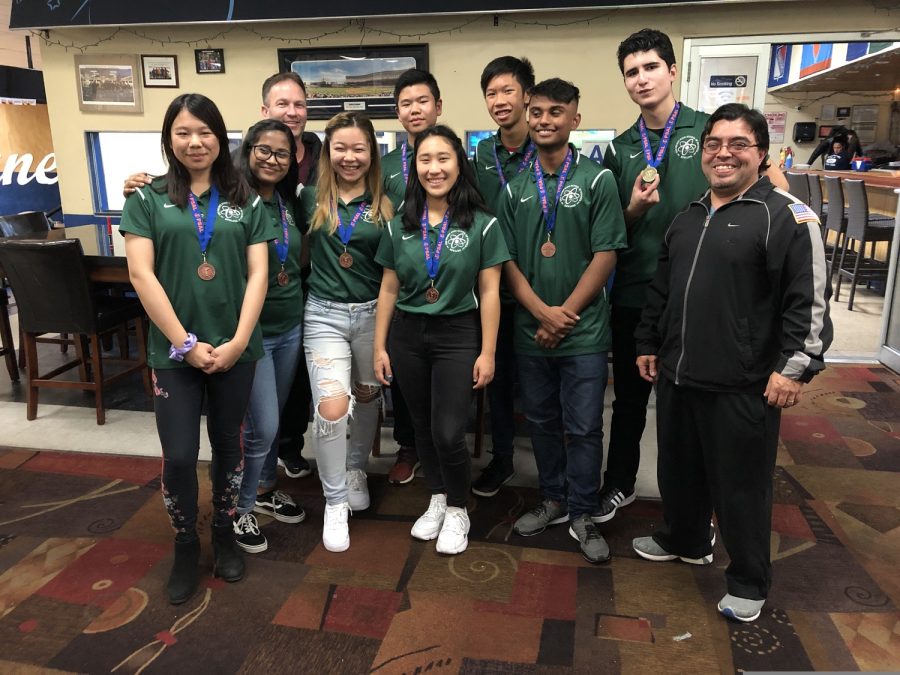 Despite starting later than the Boys’ Bowling team, the Girls’ bowling team has seen similar levels of success. Since its first full year in the league in 2010, the Girls’ Varsity Bowling team has had a total of 95 wins and 12 losses, amounting to an 88.79% win rate. They have ranked as the best team in their division for seven seasons, five of which they went undefeated.

With such high rankings and accomplished players, both teams are among the top of their leagues. They were even dubbed the “Yankees of their division” by The New York Times in 2009. Certainly, they seem deserving of some celebration.

Comparing their statistics and those of well-recognized Bronx Science athletic teams, both Varsity Bowling teams should qualify among our school’s most successful sports teams. They have higher win rates than both the Boys’ and the Girls’ Varsity Basketball team, as well as similar win rates to the Girls’ Varsity Volleyball team, only differing by a single percent. Evidently, the bowling teams are just as accomplished as many other successful Bronx Science sports teams, so what could be the cause for the lack of school-wide recognition for these two teams?

Russell Kwong ’21, a member of the Boys’ Varsity Bowling team, believes that the issue lies in the fact that many students are just not aware that Bronx Science has bowling teams. “I would have joined during my first year had I known about the team. Like myself, there are some students who don’t know there’s a bowling team since the season starts so early and is over by November,” Kwong said. Overwhelmed with the start of the school year, many students, especially incoming students, miss the teams’ tryouts, and sometimes even the entire season, before realizing that Bronx Science has two bowling teams.

In addition to the bowling teams’ public relations issues, Thuhij Haque ’21, another member of the Boys’ Varsity Bowling team, says that people do not see bowling as a competitive, professional sport. They associate bowling with a hobby or see it as a fun, recreational way to hang out with friends. However, for members of the bowling teams, there is much more to the sport than being “just a hobby.”

“We practice for more than 3 hours every day during the week, and we hold our own practice in Queens on the weekends,” said Haque. Although it seems to be less physically demanding than other school sports, bowling requires the same amount of determination, concentration, athleticism, and teamwork in order to be successful.

Additionally, because of the distance of the bowling alley from the school, the bowling teams do not have a “wild” fan attendance. Many students do not have the opportunity to personally witness the Varsity Bowling teams playing in person. With most tournaments being at least a half-hour bus ride away from the school, there is difficulty in traveling to see the bowling team in action. Most members acknowledge this commute as an issue. As Kwong said, “There is no way to make it back to the Vallo bus at Bronx Science by the end of the game; students are worried about becoming stranded after 6 p.m. and having to rely on public transportation instead.”

When their season starts up again next year (if the Coronavirus pandemic has ended by September 2021), the Bronx Science community should celebrate the achievements of both the Boys’ Varsity Bowling team and the Girls’ Varsity Bowling team. Who knows? Next season, maybe a little “pat on the back” can be the push they need to win City Championships.