Why Are There So Many Basketball Hoops Without Nets in New York City Parks?

The importance of New York City’s outdoor basketball courts and the struggles to maintain them. 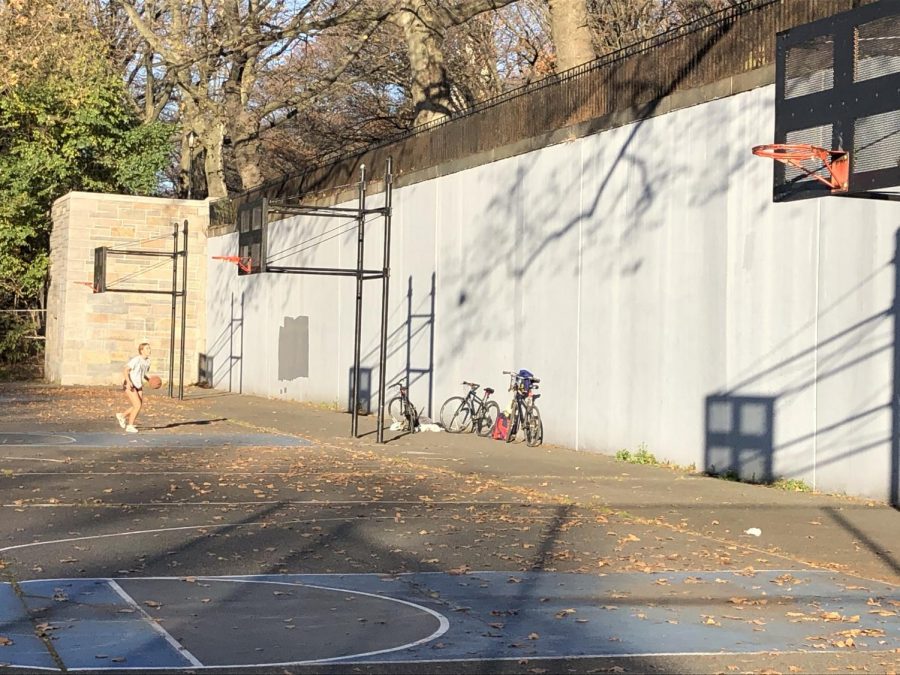 A row of three netless hoops at the 111th Street courts in Riverside Park in Manhattan illustrate the poor quality of net maintenance that is to be found at some basketball courts around New York City.

One in ten. That is how many basketball hoops actually have nets at the courts in Riverside Park and 111th Street. This is a particularly grim illustration of the problem New York City Parks have in maintaining basketball court nets throughout the city.

New York City is commonly known as the “mecca” of basketball. When looking at the NBA market size, the New York Knicks actually have the biggest market compared to all other teams, despite their streak of disappointing seasons.

‘The Big Apple’ is also home to  the game’s most legendary players. In fact, many of these players grew up honing their skills in NYC Parks’ maintained courts. This list of icons includes NBA players like Kareem Abdul-Jabar, Julius Irving, and Nate Archibald, as well as a list of gifted players who never made it off New York’s streets, like Earl Manigault, Joe Hammond, and Rick Kirkland.

Players such as these have helped to pioneer a legendary culture of basketball in New York City. This culture centers around the Knicks and Madison Square Garden, while also being amplified by the more than 1,800 NYC Parks’ maintained basketball courts, which are found in nearly every corner of the city.

Because large spaces for playing fields are scarce in New York City, sports that require less space, like basketball, have been widely adopted as a form of recreation. Public basketball courts are particularly important because they provide an outlet for communities all over the city, who may not have direct access to a gym or large field, in order to get exercise and to compete with one another.

The NYC Parks Department is responsible for making sure that the city’s public basketball courts are in playable condition; however, as shown by the aforementioned courts at 111th Street, this mandate does not always include replacing missing or frayed nets.

A spokesperson for the NYC Parks Department, Dan Kastanis, agreed that “New York City is a basketball city,” but also said “As the stewards of over 1,800 courts citywide, it has been our experience, over decades of maintenance and care, that basketball nets are often vandalized, removed, or quickly worn out, and we do not install them on our courts.”

While nets are not an essential part of a basketball game, players would almost always rather play with a court with a net than on a court without one. Former basketball player, turned artist, Jeremy John Kaplan was fed up with playing on rims without nets, so he decided to take matters into his own hands, founding the Gold Nets Project. The goal of this project is to combat the deterioration of basketball nets all over the city. The organization has worked to achieve this goal by bringing a ladder to local courts and putting up bright “gold” nets without the city’s permission. These nets, and the project as a whole, have worked as a citizen protest against poor net maintenance.

The NBA rules state the purpose of the net is “to check the ball momentarily as it passes through the basket.” This means that the main job of the net is to identify when the ball goes into the hoop, so if a hoop does not have a net, it causes confusion since it becomes difficult to determine if a shot actually goes in or not. Besides that, nets just make the game more fun, providing an extra layer of satisfaction in a shot that is made through the inclusion of the ‘swish’ of the net.