A Pandemic Offseason for the NBA: Short, But Dynamic!

Even during the Coronavirus pandemic, the NBA’s busy and action-packed offseason delivered as usual. 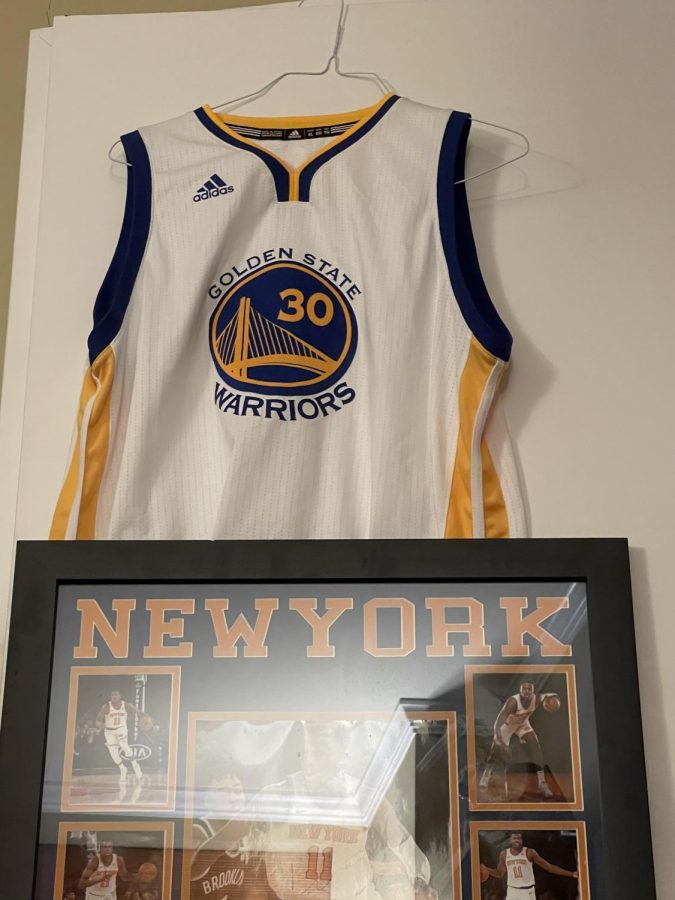 Pictured are two pieces of signed NBA apparel, sold exclusively through the NBA Store, a Stephen Curry Jersey and a Frank Ntilikina Signed Board.

In a year dominated by the Coronavirus pandemic, the norms of an action-packed, training-focused NBA offseason were thrown out the window. Instead, teams and players have had to deal with a remote draft, with remote players’ signing, in the form of free agency, and even with remote training camps, before games started on December 22nd,  2020.

The draft was the first difference in this year’s offseason, taking place virtually, rather than in person, at the Barclays Center in Brooklyn. Commissioner Adam Silver announced the picks from ESPN’s studios in Bristol, Connecticut, as players and fans watched from home. The previous season’s delay also caused the draft to be moved from June to November 2020. The sixty players drafted will have to quickly adjust to life in the NBA, having only three weeks to train and blend with their new teams before beginning play.

Free agency, where players are able to sign contracts with teams, was also disrupted due to the pandemic but, for the most part, it has remained in its traditional format. The window began two days prior to the official beginning of the signing period, where teams could negotiate contracts with players. A slew of players signed before the window officially opened, with only a few notable names remaining when the signing period approached. Well-known players who moved teams include Gordon Hayward, Bogdan Bogdanovic, and Christian Wood, while others,  Anthony Davis and Brandon Ingram, stayed put.

A number of trades were also made during the course of the offseason. Stars like Jrue Holiday and Steven Adams were dealt away mainly for draft capital and other players. However, the basketball community agrees that the most meaningful trade occurred when the Houston Rockets sent Russell Westbrook, a former league MVP, to the Washington Wizards in exchange for All-Star guard John Wall, and a first-round draft selection. This trade sent the league into a frenzy, and some see it as a lopsided exchange.

Louis Nahon ’23 said that the Wizards won the trade, citing Westbrook’s stats as “a former MVP who averaged a triple double” and a “current top 10 player.” Nahon also described John Wall as “troublesome,” due to his injury problems and past off-court issues, which makes the trade that much more successful for the Wizards.

This year’s draft showcased monumental talent, with the first three picks all having been seen as the number one selection by fans, coaches, and experts.

The first pick was held by the Minnesota Timberwolves, who selected Anthony Edwards, a shooting guard from the University of Georgia. Edwards had a stellar season in college, winning Southeastern Conference (SEC) Freshman of the Year and finishing Second-Team All Atlantic Coast Conference (ACC) for the 2019-2020 season.

The second pick was held by the Golden State Warriors, who selected James Wiseman, a center from Memphis. Wiseman left the school early due to a scandal with coach Penny Hardaway (involving a payment that he received from the coach which covered his moving expenses in 2017), but Wiseman kept his draft stock high throughout the year. Now, he is hoping to improve a Warriors team lost in the shuffle last year due to injuries up and down the lineup.

The third pick belonged to the Charlotte Hornets, who selected LaMelo Ball, a point guard who played last season in New Zealand. Ball is the brother of Pelicans star Lonzo Ball, and the son of Big Baller Brand CEO, LaVar Ball. Rounding out the top five were Florida State forward Patrick Williams, who went to the Chicago Bulls, and Auburn forward Isaac Okoro, who was drafted by the Cleveland Cavaliers.

Four first-time coaches, Mark Daigneault, Stephen Silas, Nate Bjorkgern, and Steve Nash, were also signed. Nash is a noteworthy member of the NBA Hall of Fame; he played for the Phoenix Suns, Dallas Mavericks, and Los Angeles Lakers during his 19 seasons.

This NBA Offseason was filled with change, as lots of players switched teams, many new stars got drafted, and teams picked up new coaches and staff. As the new season looms, there is so much to watch out for, and with the season commencing on December 22nd, 2020, basketball fans wait in excitement to see how it all plays out.
Louis Nahon ’23 said that the Wizards won the trade, citing Westbrook’s stats as “a former MVP who averaged a triple double” and a “current top 10 player.”