A Run for the Title: A New Makeover for the Chelsea Football Club

After finishing 4th in the Premier League, Chelsea went on a serious spending spree, sparking what could be a serious push for the League Title. 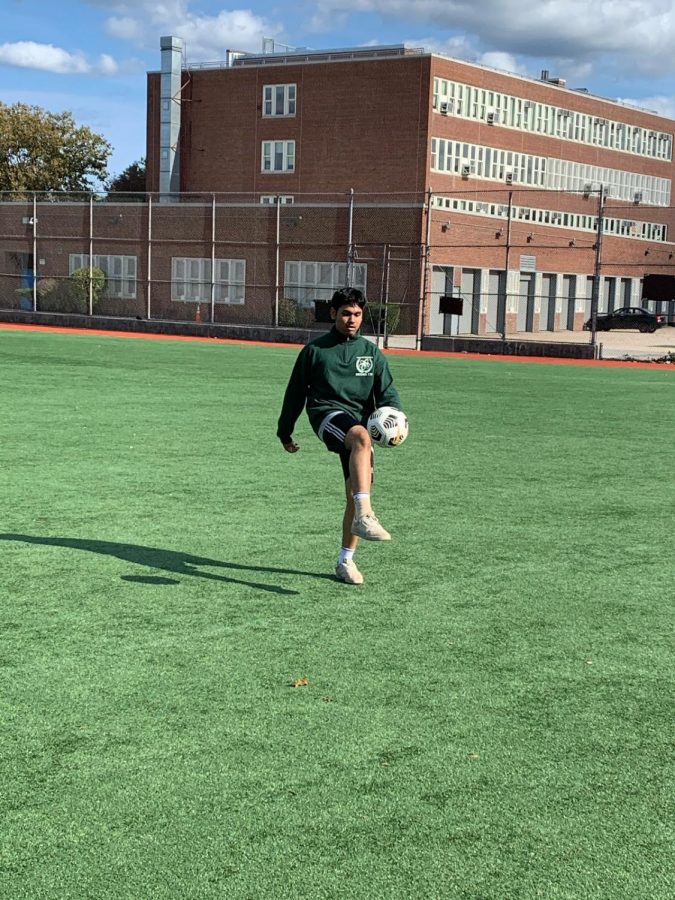 Sakeef Kibria '21 believes that the signings of so many talented attacking players is wonderful for the Chelsea Football Club, but in order to win the League, an emphasis needs to be put on their defensive tactics.

After a 4th place finish in England’s top flight Premier League last year, Chelsea Football Club (Chelsea F.C.) wasted no time spending large amounts of money to bring in new talent. Many consider that this year’s club will make its best push for the league title since its last win during the 2016-17 season.

This spending spree was not surprising for many reasons. Chelsea Football Club was handed a two year transfer ban after a breach of numerous FIFA regulations over the course of several years. The ban ended up being both a blessing and a curse. While it ruined any plans that Chelsea Football Club had to bring in new players, the club managed to exceed expectations with the development of their young players: Mason Mount, Tammy Abraham, and Christian Pulisic.

When the ban came to a close in February 2020, Chief Executive Marina Granovskaia did not hesitate to introduce new players to the Chelsea Football Club. On July 1st, 2020, in came Hakim Ziyech, a midfielder from Ajax at a fee of 44 million dollars. That same day, Timo Werner, a forward from RB Leipzig, joined for 58 million dollars. On August 26th, 2020, Chelsea announced the arrival of Ben Chilwell, a defender from Leicester City at a cost of 55 million dollars. Two days later came Thiago Silva, a defender from Paris-Saint Germain.Silva entered the team as a free transfer. On September 4th, 2020, Chelsea announced the highly anticipated arrival of German wonderkid Kai Havertz, a 21 year old midfielder from Bayer 04 Leverkusen at a whopping 88 million dollars. To wrap up the transfers came goalkeeper Edouard Mendy from Stade Rennais, at a cost of 26 million dollars.

With so many new players, fans of the Chelsea Football Club are finding it difficult to choose which transfer to be most excited about. Sylvester Nnadi ’21 faced this  dilemma. When asked about who he is most excited to see on the pitch, he said, “I have a tie between Ziyech and Havertz. Ziyech is a player a lot of people don’t know about because he comes from the Dutch League [Eredivisie] but he’s an amazing player. Havertz is so calm and elegant when he plays, so it’s a tie between these two players.”

Chelsea Football Club is only eight games into their newest Premier League campaign, and with all the excitement came mixed results. Chelsea has won four games, tied three games, and lost one game for a record of 4-3-1, making them 5th place out of the twenty clubs. Many fans say that it will take time for the players to learn how to work together and yield good results. After a slow start to his season, Havertz has said, “It’s very different to Germany and that’s a reason some players need a bit of time to adapt …There’s a lot of running in the Premier League, very aggressive.” It is expected for players to take time to get back into form after a large gap in the season due to the Coronavirus pandemic. Regarding the Chelsea Football Club’s early season fitness, Chelsea’s manager Frank Lampard said, “we were probably in pre-season zone in terms of our fitness at Brighton because of quarantine and international breaks.”

Others might indicate the daunting flaws in Chelsea’s defense. Since Frank Lampard took reigns as Chelsea’s manager, the club has conceded an average of 1.5 goals per game, largely due to their failures on the defensive ends. The flaws start with Chelsea’s former starter goalkeeper Kepa Arrizabalaga, who has turned in consistently poor results in his performances. While the Chelsea Football Club can bring in many players for their attacking side, they need to compensate for their lackluster defense. Fans hope their new vocal goalkeeper Mendy and the leadership of Silva can bring a stronger defense in games throughout the season.

Despite their flaws, the Chelsea Football Club has proven to have very strong prospects. Nnadi feels confident in Chelsea’s bid for a title this year. “I do think that Chelsea could win the Premier League this season, given that a lot of the “Top 6” have been very inconsistent to start. We just have to make sure that our defense is on lock and that it is a real possibility,” he said. Although fans like Nnadi can hope that this transformed side will bring championship results, only time will tell if Chelsea’s spending spree will pay off.
“I have a tie between Ziyech and Havertz. Ziyech is a player a lot of people don’t know about because he comes from the Dutch League [Eredivisie] but he’s an amazing player. Havertz is so calm and elegant when he plays, so it’s a tie between these two players,” said Sylvester Nnadi ’21.