Due to the Coronavirus Pandemic, the 2020 Summer Olympics in Tokyo is Postponed to 2021

In response to the deadly spread of the coronavirus, Japan and the I.O.C. agree to postpone the 2020 Tokyo Olympics. 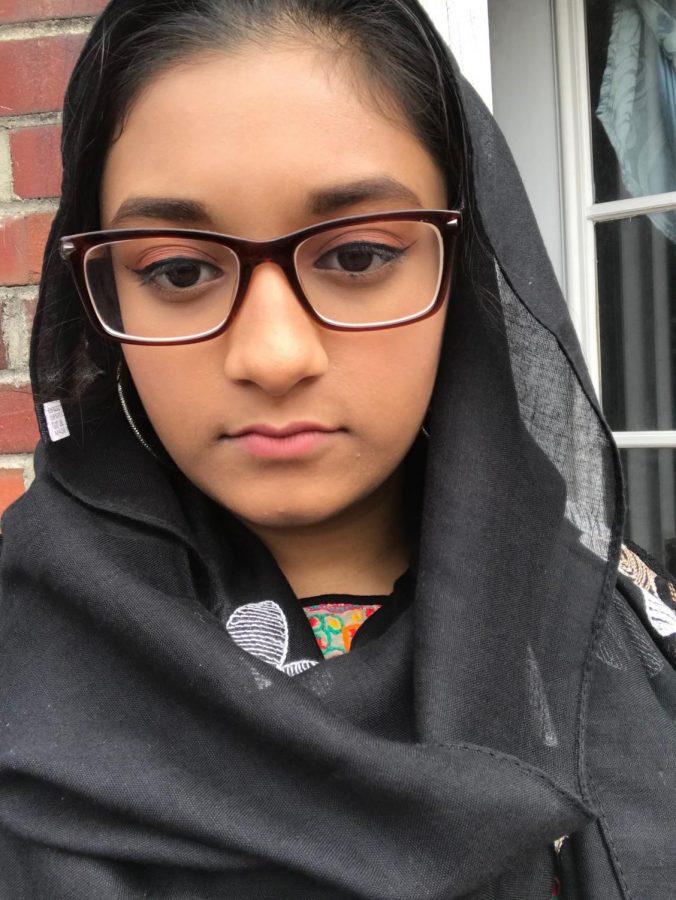 Tas Rothshi '21 expresses her disappointment after hearing the news that the 2020 Tokyo Olympics jas been postponed tp July 2021. “The Games only come by once every four years. Even though delaying them this year was necessary due to the circumstances and in consideration of health and safety concerns, I cannot lie. It was disheartening for me. feel especially bad for all the athletes. They have trained so hard, and having put their dreams on pause must be a hard thing to do,” Rothshi said.

Summer 2020 is not quite here yet, but with the Coronavirus spreading across the globe at an alarming rate, many of this summer’s plans have been canceled. To the disappointment of many talented athletes, so have the long-anticipated 2020 Olympics. For the first time not due to a war, this internationally revered event has been postponed until 2021.

This decision, although necessary, was not an easy one to make. Both the International Olympic Committee and Japan were reluctant to cancel the Games, but by March 2020, with the COVID-19 outbreak only worsening, it was clear that they had no other choice. By then, countries such as Canada and Australia had already begun to take action to protect their citizens from possible exposure to the disease. The Canadian team had already withdrawn from the competition, and the Australian government was prohibiting their athletes from training. Not long afterward, nations such as Brazil, Germany, and the United States, increasingly concerned with the disease’s heightening wave, joined Australia and Canada in these protective efforts and began to urge the I.O.C. to put off the Games. Athletes also started to come forward, expressing their hesitation to train for fear that they would put themselves at risk. Finally, Japanese Prime Minister Shinzo Abe and Thomas Bach, the president of the International Olympic Committee, formally announced the postponement of the Olympics until July 23, 2021.

The I.O.C. and Japanese government considered many alternative options before deciding that it would be best to completely postpone the event. They suggested that the Games be held without the attendance of fans, or that they be delayed for a few months. Because Japan had not been hit with the pandemic as severely as countries such as Italy, China, and the United States, they had planned for life to return to normal and the 2020 Olympics to go ahead as anticipated. However, after meeting with Canadian Prime Minister Justin Trudeau and learning more about the impact that the Coronavirus pandemic has had on the global economy, Abe met with Tokyo governor Yuriko Koike and Japanese Olympic minister Seiko Hashimoto in order to coordinate their decision on the fate of the quadrennial competition.

Although disappointing, many agreed that this option was ultimately the best and the safest course of action, given the circumstances. The resolution to this dilemma gained widespread public support, notably from Olympic committees throughout the world. Yoshiro Mori, the president of the Tokyo organizing committee, admitted his dismay, but concurred as well that it was one that was inevitable. “I am disappointed,” said Mori. “But to be on a course with a certain direction is a sigh of relief.”

However, Toshiro Muto, chief executive of local organizing committee Tokyo 2020, declared his opposition to the decision, claiming that the call “was arranged hastily.” He argued that the cancellation would result in immense financial repercussions. Over five million tickets have already been sold internationally, and with Japan already having given $10 million to be able to host the games, the delay would only lead to an increase in costs. Furthermore, the cancellation of the Olympics would harden the blow that the virus has caused to the struggling Japanese economy, as reports have indicated that postponing the Games would decrease the nation’s economic output by 1.4%.

To add on to this burden, sponsors, broadcasting, and media outlets (which constitute three-fourths of the revenue that the I.O.C. receives), and other Olympic partners are likely to lower their payments if sporting events are reduced, or if the competition is organized significantly differently than that which was originally planned. Scheduling conflicts are another consequence of this decision, as other athletic competitions such as the World Athletics Championships, which was initially planned to be held in 2021, were forced to rearrange their dates as well.

But despite the struggles that governments and large corporations are facing from this delay, the athletes are arguably the ones who are the most affected by this postponement. To the 11,000 athletes who were training to partake in this renowned competition, this has needless to say been a tough blow. The Olympics’ delay was an outcome that many athletes feared. With their greatest dreams and aspirations on hold, it is not a surprise that their ideal summer is not turning out quite the way that they were anticipating.

Many athletes have been putting their lives on hold in order to train for this event, which poses a dilemma for many, as they must decide whether or not it is worth it to wait and train for yet another year. This decision is made all the more difficult with recent circumstances and security measures. Additionally, these athletes’ training plans have been wrecked and extend far later than the summertime. For 21 year-old American weightlifter Kate Nye, this turn of events has caused her to consider not competing in the Olympics at all, as this year-long postponement causes a domino effect which results in her graduating from college and holding off on graduate school a year later than she had wished. Nevertheless, as of now, she still intends to participate in the Games. “It’s a little bit longer of a delay than I had hoped, but I’m just thankful that they were able to successfully postpone the event,” Nye told The New York Times.

The announcement definitely has not been easy on American gymnasts MyKayla Skinner and Simone Biles, who, for the past four years, have been endlessly training for the chance to compete in what was supposed to be this year’s Olympics. “It hit me that I only had five more months to push hard towards the Olympics and how that finish line is so far away. It’s just so devastating,” said Skinner. Biles, who was expected to uphold her 2016 all-around Olympic title this year, noted that this burden has been adding on to her already overwhelming mental health struggles. “Mentally, I don’t know if I can handle it. It’s going to be hard. I was already battling with myself mentally if I could do it this year,” Biles said.

The postponement has taken an especially difficult toll on female gymnasts because of the narrow time frame that they have for competing in the Olympics. Gymnastics is a sport that athletes perform best at when they are young. Hence, most Olympic gymnasts can only compete once during their teenage years, and due to their maturing bodies, which make it more difficult to perform flips, twists, and turns as they age, they often retire by their early twenties. For Skinner and Biles, who are both in their early twenties and nearing the age of retirement, the 2020 Olympics may have been their last chance to compete before their gymnastic careers would have come to an end. But with the delay, in addition to their bodies already beginning to ache and hurt, they themselves are not sure if their athletic abilities could hold out until next year.

Things are not looking good for those who have bought tickets in anticipation for the Olympics, either. To the disappointment of countless ticket holders, only a selective number of the five million tickets sold (depending on the event) are refundable. On the official website of the 2020 Tokyo Olympics, one of the clauses of purchase states, “Tokyo 2020 shall not be liable for any failure to perform any obligation under the Terms and Conditions to the extent that the failure is caused by a Force Majeure” (with “Force Majeure” being defined as “any cause beyond Tokyo 2020’s reasonable control,” including public health emergencies). These exact conditions also apply to those who bought tickets through other distribution companies such as CoSport. Luckily, however, the purchase of airline tickets can still be cancelled, and in most cases, these airline tickets are still refundable.

The letdown that this announcement brings extends beyond ticket holders and athletes. Millions throughout the world have been looking forward to watching the long-awaited Olympic events this summer on their viewing devices. “I was really anticipating the Olympics because I love the gymnastics, diving, and swimming events. It’s been a tradition for my family to watch the Olympics, and we have watched the games together for as long as I can remember. It’s a shame that they have to be postponed because of these horrible circumstances,” said Tas Rothshi ’21.

For the time being, the torch that was lit two months ago in Greece must wait awhile before it enters Tokyo’s National Stadium, where it is to pass its flame on to the Olympic Cauldron, declaring the official start of the Olympic Games. Although this celebration night now seems ages away from now, we can never count on time to pass by slowly. It will not be long before we find ourselves in 2021, watching the Opening Ceremony on our television screens. All that we can do for now is to stay home, stay safe, and stay hopeful.
“I was really anticipating the Olympics because I love the gymnastics, diving, and swimming events. It’s been a tradition for my family to watch the Olympics, and we have watched the games together for as long as I can remember. It’s a shame that they have to be postponed because of these horrible circumstances,” said Tas Rothshi ’21.