The Science Survey • May 9, 2020 • https://thesciencesurvey.com/sports/2020/05/09/due-to-covid-19-the-national-basketball-association-is-suspended-what-next/

Due to COVID-19, the National Basketball Association is Suspended: What Next?

Commissioner Adam Silver has handled the global panic gracefully, shutting down the NBA for the safety of the players. Yet, he still has a big decision to make regarding whether or not to resume play this season. 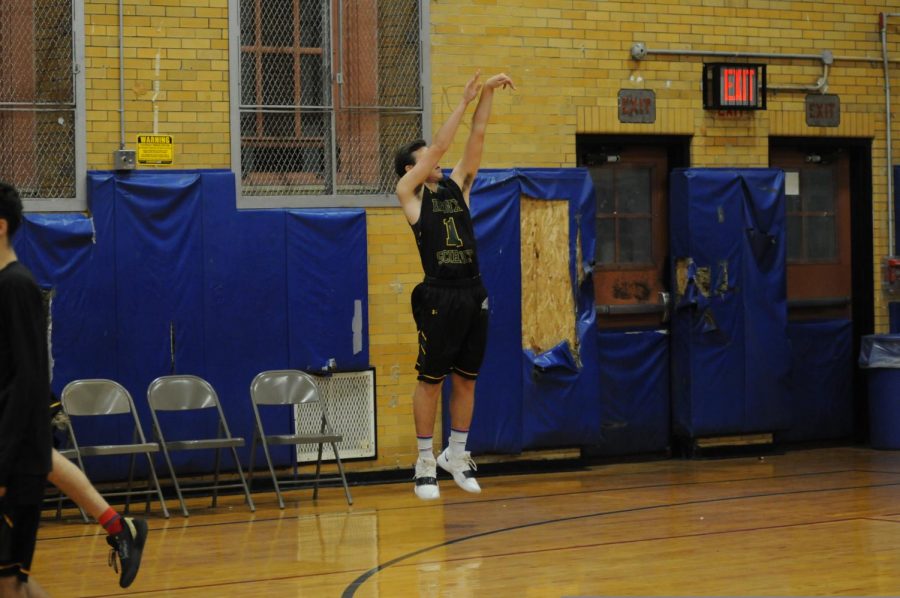 With well over 100 million outspoken fans worldwide, the National Basketball Association is one of the most popular and beloved sports known to mankind. Thus, the fans’ concern for the health of players is inspiring to see and bodes well for the future of the sport.

On March 11, 2020, basketball fans witnessed what may have been the last of NBA games for the 2019-2020 season. With the NBA Playoffs set to start only a month later and Round One scheduled to start on April 18, teams were making their last push for a playoff spot. Yet, on that day, only four of the six games scheduled were completed and the last two were postponed, leaving fans in a state of shock and, needless to say, perplexed.

The fifth game was set to be a prime-time Western Conference duel. It was a potential first round playoff matchup, with the currently fifth-seeded Oklahoma City Thunder hosting the currently fourth-seeded Utah Jazz. Fans were piling into the arena — but then the news then broke. Utah Jazz center Rudy Gobert had been diagnosed with COVID-19 and, while he was not in the arena, there would be no game played.

When the news hit social media shortly thereafter, Gobert became a public enemy. Days before, he had jokingly touched all of the microphones during a press conference, which caught the attention of many who criticized him for endangering others. It was even reported by insiders that Gobert was careless in the Jazz locker room, touching his teammates’ belongings. The news led to Adam Silver postponing the two remaining games that day and implementing a 30-day lockdown period in which all NBA games were to be rescheduled for a later date.

Soon after the incident, more cases popped up around the league. Marcus Smart of the Celtics, Christian Wood of the Pistons, Kevin Durant of the Nets, and even Gobert’s teammate, star player Donovan Mitchell, all tested positive, among other players, athletes of other sports, and celebrities. Even Timberwolves’ star Karl-Anthony Towns’ had his mother pass away due to virus complications after being placed into a medically induced coma. At this point, everyone worldwide came to the realization just how prevalent this pandemic was. “The virus came so suddenly to basketball, yet it was clear how impactful it would be worldwide. I commend [Commissioner Adam Silver] for not wasting any time and postponing the season to protect the health of players and fans. We should all be hopeful that the NBA chooses a city like Orlando to play all of its games in. In this way, we would know that the players and coaches are all safe, and we can go back to enjoying the game we all love on television,” Jonathan Winick ’20 said.

Now there are very few things throughout history that have warranted the postponing of an NBA game. Despite gruesome injuries and massive altercations, games persist. Even when the iconic Kobe Bryant tragically passed away, breaking all of our hearts, only one game was postponed, which happened to be a game between the Clippers and Bryant’s former squad, the Lakers. Therefore, to be without NBA games for well over a month and soon to be two months only amplifies the difficult emotions basketball fans are going through, in addition to shedding light on the extremity of the pandemic.

Even now, it is still quite unclear as to whether the NBA season will resume. But, many executives and insiders still believe that the season could resume shortly, as long as there are cautionary measures implemented.

At the forefront of these measures would be the elimination of fan attendance. The NBA has made it clear that if games were to start up again, games would more than likely take place in a closed arena.

Another critical aspect of the return to basketball is the inclusion of a “bubble city.” There would be absolutely no way that the commissioner could justify having players travel to the cities scheduled to host the games. So, having games played in only one city and in a closed environment would be the safest way to proceed. As of now, the Walt Disney property in Orlando, Florida is the front-running candidate for the “bubble city,” as it has countless practice facilities, hotel rooms, and has the ESPN Wide World of Sports Complex, which already hosts basketball events. Plus, ESPN/Disney have a broadcast partnership with the NBA, so it would be a smooth transition to broadcasting out of these facilities.

Fans are certainly disappointed that they may not be able to attend games until next season, but they are understanding of the NBA’s focus on protecting the players’ health. “We should all be hopeful that the NBA chooses a city like Orlando to play all of its games in. In this way, we would know that the players and coaches are all safe, and we can go back to enjoying the game we all love on television,” Winick said. Fans around the world want nothing more than to see their favorite players back on the court, but only when it is truly safe for them to do so.
“The virus came so suddenly to basketball, yet it was clear how impactful it would be worldwide. I commend [Commissioner Adam Silver] for not wasting any time and postponing the season to protect the health of players and fans,” Jonathan Winick ’20 said.