NBA legend Carmelo Anthony is back on the court. 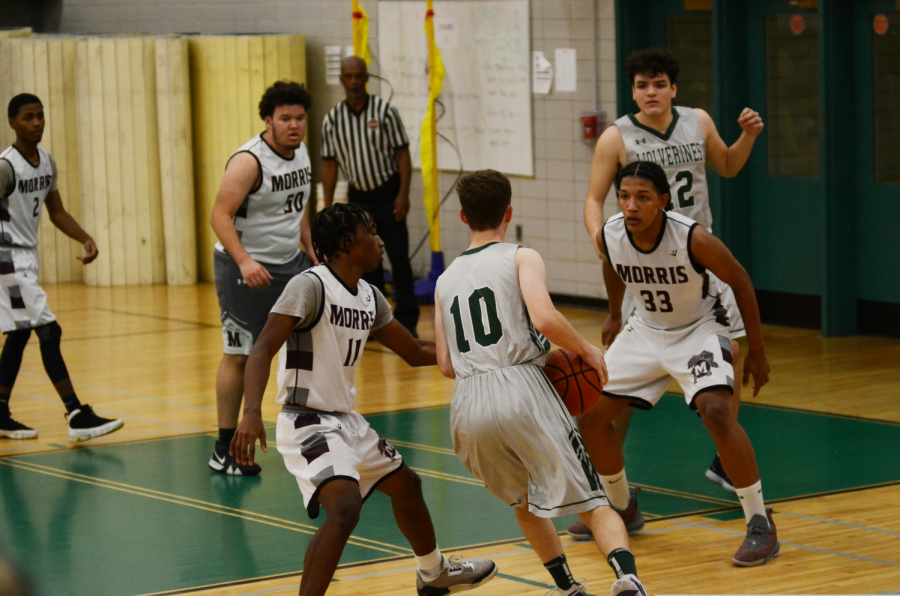 Varsity basketball player Maxwell Friedmann ’20 is thrilled to see Carmelo Anthony back on the court and playing well. “I think he’ll be a valuable mentor for his younger teammates as they develop,” Friedmann said.

Fans of the National Basketball Association (NBA) worldwide know the iconic three-point jumpshot, the sound of the ball swishing in the net, the three fingers raised to his temple in triumph — all followed by the sound of ferocious fans roaring. Carmelo Anthony is a basketball icon, and after missing nearly the entirety of the 2018-19 season, he is back on the court and good as new!

Drafted third overall in the 2003 draft by the Denver Nuggets, “Melo” captured the hearts of NBA fans across the globe at an early age. Now, he has returned to the game and people couldn’t be happier. “It’s exciting to see one of my childhood heroes back to doing what he was born to do. He deserves to be in league and he has another chance to prove it,” varsity basketball player Maxwell Friedmann ’20 said.

The Portland Trail Blazers announced they had signed Anthony on November 14th, 2019, erupting a social media frenzy. Blazers’ superstar Damian Lillard was informed of the signing only hours before the news went public, and he was ecstatic to hear the veteran would be joining forces with him. “I believe he can help us. Obviously I’d like to see our early-season struggles turn around, and hopefully we can be part of a great bounce-back for Melo as well,” Lillard said upon hearing the news, per ESPN’s Rachel Nichols.

“Melo” was named the Western Conference Player of the Week of week six after the Blazers went 3-0 in that stretch, in which he put up 22.3 points, 7.7 rebounds, and 2.3 assists per game through. Anthony has not achieved such an honor since March 2014 with the New York Knicks.

Through twenty-four games, the 35-year-old is currently averaging 16.1 points on 43.1% shooting from the field, along with 5.9 rebounds, enough to put him in the starting lineup. Even with Anthony’s valuable contributions, the Blazers are off to a rocky 16-23 start, tenth in the Western Conference, in a season that many picked them to contend for a championship.

After only ten games with the Houston Rockets during the 2018-19 season, Anthony was promptly released into free agency. Despite an astounding career average of 24.0 points-per-game, he remained unsigned — until just recently.

“Melo”’s return to Madison Square Garden on January 2nd, 2020, saw him score 26 points on 11 out of 17 shooting, while nabbing 7 rebounds in a loss to the Knicks. Although an opposing player, fans cheered to the tune of Anthony scoring.