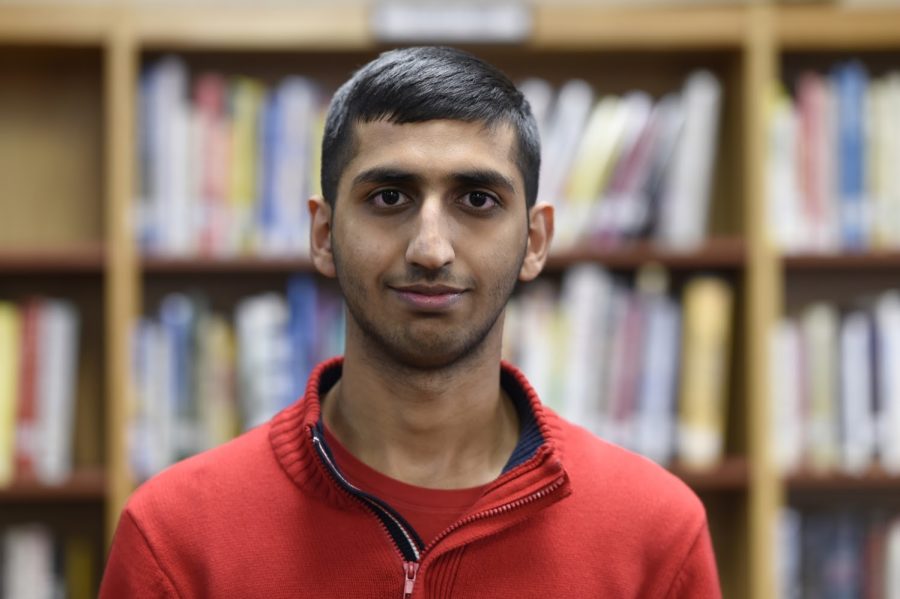 Many fans, such as Zaeem Khan ’20, doubted Lamar Jackson, but have since seen their opinion change as Jackson has improved considerably in his second season.

For a long time, people were skeptical of Lamar Jackson. Fans on social media constantly referred to him as a running back in an attempt to mock his subpar throwing ability as a quarterback. Even NFL scouts and insiders’ doubted Jackson, questioning his potential to ever become capable throwing the football. They even believed he should switch from quarterback — a position in which he had won the Heisman trophy (the most prestigious award in college football) — to a skill position, such as wide receiver. However, in only his second season, Jackson has silenced his skeptics, putting up historic numbers for the Baltimore Ravens, the top team in the AFC.

In college, Jackson was one of the best quarterbacks, not only in recent memory, but of the last decade. He broke numerous records, was pivotal to the success of Louisville, and won the Heisman trophy. One would have expected someone with his résumé and talent to garner heavy consideration for a top pick. However, when it came time for the NFL draft, Jackson was only the fifth quarterback picked as he fell to the 32nd, the last pick in the first round.

Jackson’s rookie season was a mixture of both tremendous highs and crushing lows. His running prowess re-energized the Ravens, winning 6 of the 7 games he started and leading them to the playoffs. However, he put up mediocre passing numbers throughout the season and in their lone playoff game, the Chargers baited Jackson to throw. He came up short, with only 25 passing yards through three quarters.

Coming into the season, expectations were tempered for Jackson and the Ravens. Based on the game against the Chargers, some thought that defenses had figured out how to stop Jackson. In the first game of the 2019 season, Lamar showed off his new throwing talent, by torching the Dolphins for 5 touchdowns and 324 yards. Yet, most still seemed skeptical because Miami was considered to be one of the worst teams in the entire league. In spite of this, Jackson has sustained that type of high-level play, blowing all expectations out of the water. He has reached a level that even his most staunch supporters could not have predicted. He has been an elite dual threat, putting up both extraordinary passing and rushing numbers. He broke the longstanding rushing record of his childhood idol, Michael Vick, in only the 15th week of the season. He finished the season topping the league in touchdown passes, with the third-best efficiency by passer rating.

NFL fans have had to quickly adjust their opinions. “Out of college, I viewed Lamar as a project, someone who could maybe be decent if he developed on the right team, but someone that wouldn’t be good for a long time, if at all,” said Zaeem Khan ’20. “But now, it seems like he has really put it all together. He’s my MVP and the Ravens look like an elite team now and in the future.” Fans like Zaeem have had to drastically adjust their views on Jackson as he had made a leap into the upper echelon of quarterbacks.

Most didn’t want to take the risk on Lamar, and weren’t confident enough to break from traditional NFL thought. The Ravens committed to Jackson early, and instead of trying to force Jackson to change, they adjusted their offense to his strengths. They brought in players with a large catch radius like tight end Mark Andrews so even Lamar’s errant throws have a chance of being caught. They beefed up their offensive line and brought in heavy hitting running back Mark Ingram to help protect him. And finally they added the run-pass option to their offense, making Lamar a constant threat to both throw and run.

Lamar Jackson is a reminder to many that thinking outside the box and exercising patience leads to great results. More NFL teams should not be constrained by typical offensive schemes or physical measurements, but instead evaluate the impact they are able to make on the field. Lamar Jackson was doubted for his throwing ability and his weight, but his play has been a testament to the faith that should be given to those that produce on-field results.
Jackson’s rookie season was a mixture of both tremendous highs and crushing lows.