The 2020 Tokyo Olympics: A Preview

Athletes from around the world will take part in the 2020 Summer Olympics to be held in Tokyo. 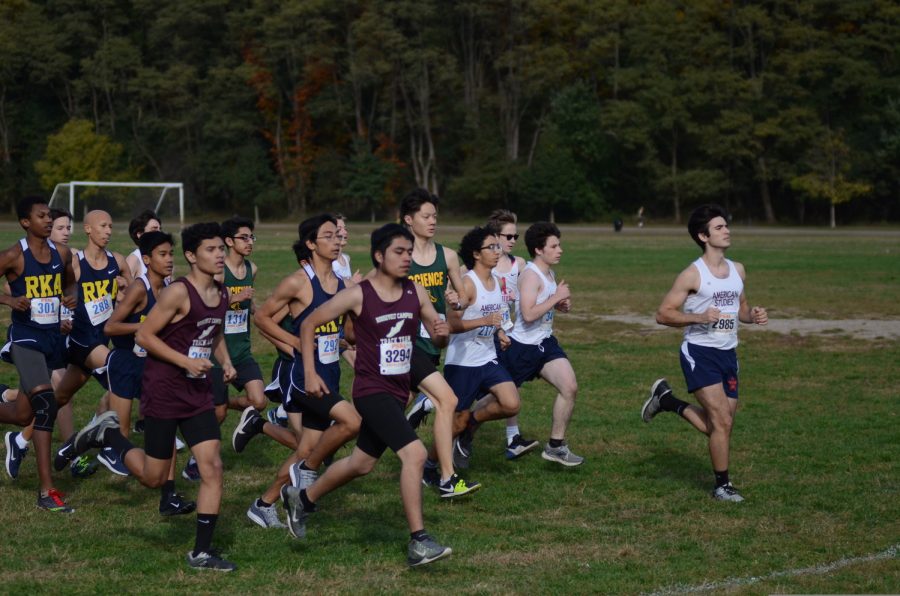 Hundreds of student athletes from Bronx Science participate in PSAL Sports throughout the academic year, including over seventy students on the Boys’ Varsity Track Team. As a member of this team, Justin Kong ’21 looks to professional athletes for inspiration. “Olympic athletes are a constant reminder that no matter how much better I get at my sport, or no matter how much I think I've improved, there's always another step for me to take,” Kong said.

What do cycling, swimming, and basketball all have in common? They are all sports with top athletes who will be represented this summer at the 2020 Tokyo Olympic Games. The United States took home a total of 121 medals in the 2016 Rio Summer Olympics and is looking to replicate its performance this summer. As Tokyo prepares for hosting the games, athletes and fans across the world are looking to compete at the premier level against their internationally ranked rivals.

Since the conception of the modern Olympic Games in 1896, the number of sports offered has increased from nine to thirty-three for the 2020 Olympic Games. In addition, the original count of 280 male athletes in the first Games has increased to over 11,000 athletes without a gender restriction. This year, baseball and softball are set to return for the first time in twelve years, and karate, skateboarding, and surfing are now being introduced to the competition.

The inclusion of these new sports will provide inspiration for young athletes. Since the Olympic Games are internationally televised, children at home may take on a new sport when watching the finest athletes in their fields compete for the decorated gold medal. Justin Kong ’21 said, “The Games have inspired me as a person in that it takes activities that many people can do, and just push it to its limits. It shows everyone that every single person can always keep improving and become better than what they were the day before.”

Olympic trials have begun in many countries in search of the finest athletes, with fan favorites such as gymnast Simone Biles set to return. Decorated swimmer Ryan Lochte has expressed interest in returning to the Games following multiple suspensions, and he hopes to bring home another medal. However, past stars such as Michael Phelps and Usain Bolt will not be competing in this year’s Olympics, leaving their top positions and records up for grabs.

Russia has been banned from global sports since 2015 due to doping charges, which bars the ambitious country from competing in the 2020 Olympics as well as the 2022 FIFA World Cup. However, Russian athletes who are tested clean are allowed to participate in the Olympics as independent olympians under a neutral flag. In the 2018 Pyeongchang Winter Olympics, 168 Russian athletes entered as independent olympians, winning a total of thirty-three medals, including thirteen gold.

Tokyo is also preparing for the influx of tourists, estimating upwards of forty million tourists visiting the city in 2020, up from nine million million in 2012. After three years of construction, the New National Stadium opened on December 15th, 2019, with a maximum capacity of 80,000 attendees. This stadium will serve as the main stadium for the opening and closing ceremonies, as well as the site for track and field events.

The $1.4 billion spent on the stadium is expected to be made back from ticket revenue and tourist spending. Ticket packages have been sold for as high as $60,000 USD for tickets to the opening and closing ceremonies, nine days of track and field events, and luxury dining. Some packages also include VIP access to events and gourmet dining prepared by international chefs for an additional cost. Low end tickets can be purchased for only $1,500. Hotels are preparing for no vacancy as prices soar up to $1,500 a night at a three star hotel. Although you can watch the event on television, that pales in comparison to attending the Olympics in person.

Amidst growing concerns over the novel coronavirus and its spread throughout Asia, fans and athletes are hoping the Games won’t get cancelled in terms of safety for public health. In 2016, the Rio Games went on as scheduled in spite of the outbreak of the Zika virus with heightened health concerns.

For many, the true prize is the experience of competing among the best in the world, rather than the medals or prize money won from the Olympic Games. Both athletes and fans can leave with an experience of a lifetime watching their idols trump their competition.
“The Games have inspired me as a person in that it takes activities that many people can do, and just push it to its limits. It shows everyone that every single person can always keep improving and become better than what they were the day before,” said Justin Kong ’21.