Or is the “Special One” a little of both? 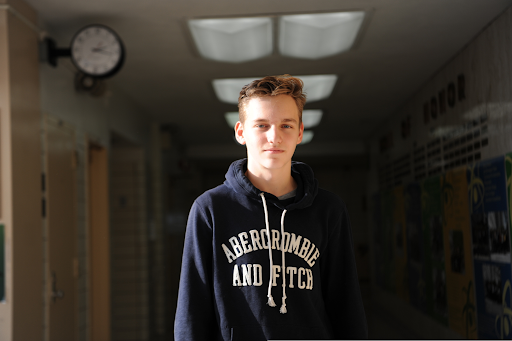 “Mourinho is really ambitious, and he is willing to go to any measures to secure the win,” said Nick Zayfman ’21.

The twenty English Premier League clubs that comprise one of the most elite soccer leagues in the world are held to a specific standard of excellence. The players, the best of the best with an average transfer value of 18.2 million dollars, have to evince the superiority of the sport, but the same is expected of the managers, coaches, trainers, and even to a certain degree, the club owners.

To coach a Premier League team is a badge of honor only worn by a select few. To coach more than one of these teams is a sign of unmatched skill and tactical genius. José Mourinho has managed three major teams: Manchester United, Chelsea, and he now will be joining Tottenham Hotspur.

On November 19th, 2019, the chairman of Tottenham Hotspur F.C., Daniel Levy, announced that manager Mauricio Pochettino had been fired, citing “the club’s best interests” after a disappointing 2018-2019 season, as well as a mediocre start to the 2019-2020 season. In the eyes of the Premier League, a forgettable season for a team of this caliber is tantamount to a devastating loss.

Mourinho is known for his aggressive, risky tactics, which made him the top choice to replace Pochettino, whose managing style is more closely aligned with “playing it safe.” This would eventually lead to the lackluster seasons for the Spurs and unfortunately dismissal for Pochettino.

In order to understand the role that this sport plays in people’s lives, we asked Bronx Science soccer fans for their predictions on the future of the team and the league as a whole. Nick Zayfman, ’21 and George Kontopoulos ’20 watch the Premier League almost every Saturday, and they are both quite well-versed in all aspects of it, both on and off the pitch. Kontopoulos has been playing for almost his whole life, and his teammates were the reason that he started watching the Premier League a few years ago. Zayfman credits his father, saying that “My dad introduced the Premier League when he gave me and my brother scarves when we were three. He got Liverpool, and I got Arsenal, and the rivalry started right there.” Zayfman’s dream matchup is an easy request; he wants to see a game where Liverpool loses, in order to ensure that Arsenal remains the ‘Invincibles’. Kontopoulos is also an avid Arsenal F.C. supporter, but the reason for his dream match-up is more technical. He wants to see Arsenal play Leicester City, because they are both offensive teams with exciting playing styles.

It’s clear that José Mourinho is an extremely tactical manager. Zayfman points out that “[he] managed to compete with legendary coaches like Sir Alex Ferguson and Arsene Wenger (former coaches of Manchester United and Arsenal, respectively) in a time where their teams dominated the league.” Kontopoulos describes Mourinho as a “serial winner throughout his entire career,” even defending him through the underwhelming time that he spent as manager of Manchester United. Legendary striker Zlatan Ibrahimovic, who played for Manchester United, during Mourinho’s tenure described Mourinho as a tenacious coach who always gave the team his all, inspiring his teammates to show the same dedication and discipline that their coach did.

Nonetheless, both Zayfman and Kontopoulos acknowledge that Mourinho’s coaching genius has been overshadowed by his lack of sportsmanship and discourteous remarks to the opposing team, the team’s manager, and even his own team. Zayfman enjoys the entertainment aspect that Mourinho’s behavior brings to the game, saying, “People love his impolite remarks and inappropriate behavior because this is what makes him stand out as a coach.” Kontopoulos says that “target[ing] one of his own players as a scapegoat when his team is not performing well…is unfair. He did it to Eden Hazard during his [Mourinho’s] second spell at Chelsea and to Paul Pogba at Manchester United, calling them both unmotivated and routinely angering them on the training pitch.”

Kontopoulos even references the prejudice that has been a part of soccer for decades but has been especially pervasive lately, saying that “with racism being such a big problem in modern-day soccer, I think sportsmanship is extremely important, sometimes even more important than a match’s result. However, Mourinho’s occasional comments shouldn’t be considered ‘unsportsmanlike’ and are minorly offensive in my opinion.” Kontopoulos is referring to the recent incidents of racism that have stopped matches and caused investigations.

While both students recognize a minimum amount of mutual respect for an opponent, Kontopoulos goes as far to say that sportsmanship may sometimes take prerogative over a win,  Zayfman makes it clear that “a win is a win no matter how you got there. No one remembers the person who came in second place.”
“[He] managed to compete with legendary coaches like Sir Alex Ferguson and Arsene Wenger (former coaches of Manchester United and Arsenal, respectively) in a time where their teams dominated the league,” said George Kontopoulos ’20.