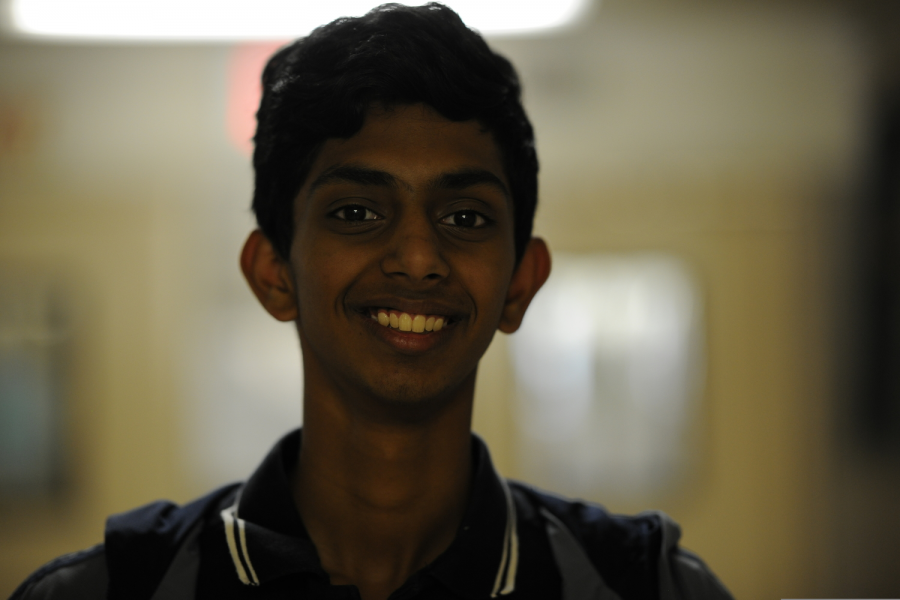 Sabareesh Vishwanathan ’19, thinks the Jets will be better than the Giants this season.

The NFL draft kicked off on April 25th, 2019, and with it, the unofficial start of a new NFL season. Although the first game of the season won’t kick off until September, the summer months will be filled with draft and free agency analysis, training camp reports, the preseason, and many predictions about the upcoming season.

Both local teams, the Jets and the Giants will be coming back looking a bit different. The Jets had the third pick in the draft and selected Defensive Tackle Quinnen Williams, thought by some to be the best player in the draft. Sabareesh Vishwanathan ’19 said, “Quinnen Williams was a great pick. The Jets chose the best player available and it ended up being a very good selection.” In addition, the Jets signed star running back Le’Veon Bell to a four year, 52.5 million dollar deal. Bell had held out from playing for the Steelers all of last year due to a contract dispute, and now the Jets are hoping that he can give sophomore Quarterback Sam Darnold a new weapon.
“They have a bunch of really good players on both offense and defense, and I hope Adam Gase can make everything work,” said Sabareesh Vishwanathan ’19.
The Giants, on the other hand, shocked many by drafting Duke Quarterback Daniel Jones at number six. With two sport sensation Kyler Murray off the board to the Cardinals at number one, three other ‘top tier’ quarterbacks remained, in Jones, Drew Lock and Dwayne Haskins. A lot of draft analysts had Jones ranked the lowest of the three, and also thought the Giants could have gotten him with the seventeenth pick in the draft, although Giants GM Dave Gettleman disputed this. Haskins eventually went to the Washington Redskins and may now torture the Giants for passing on him twice a year for the foreseeable future. “Daniel Jones is an exciting prospect. Even though many people were skeptical of the pick at first, I think he has the potential to be great in the NFL. However, I was surprised that Dwayne Haskins fell to the Redskins,” Vishwanathan said.

This was the last in a string of major shake ups for the Giants. They had previously traded star wide receiver Odell Beckham Jr. as well as Defensive End Olivier Vernon to the Cleveland Browns, and decided to let Safety Landon Collins walk to the Washington Redskins. The Giants replaced Beckham by signing veteran Wide Receiver Golden Tate in free agency and replaced Collins by acquiring Safety Jabrill Peppers in the trade with the Browns.

The Browns, after completing a winless, 0-16 season two years ago, the Browns moved to a respectable 7-8-1 last season. With their acquisitions of Beckham, as well as star running back Kareem Hunt, who was cut by the Kansas City Chiefs and suspended by the NFL for breaking their domestic violence policy, the Browns are looking to make a serious playoff push this year. As usual, the reigning champion New England Patriots come back as the top dog, but the aforementioned Chiefs and reigning MVP Patrick Mahomes may have something to say about that. Over in the NFC, the divisions are bunched up a bit tighter, but teams like the Rams, Eagles, Bears, Seahawks, Cowboys, Vikings, Packers and Saints are looking like contenders heading into the season.

Neither the Jets or Giants are expected to seriously compete this season, with the Jets attempting to progress with Darnold and the Giants trying to transition from Manning to Jones. However, Vishwanathan says he thinks the Jets will be better because “They have a bunch of really good players on both offense and defense and I hope Adam Gase can make everything work.”

Local fans may not have too much to look forward to this season, but there are a lot of interesting storylines, and fans around the league will certainly get to enjoy the 100th season of NFL football.