Skull Cap to No Cap 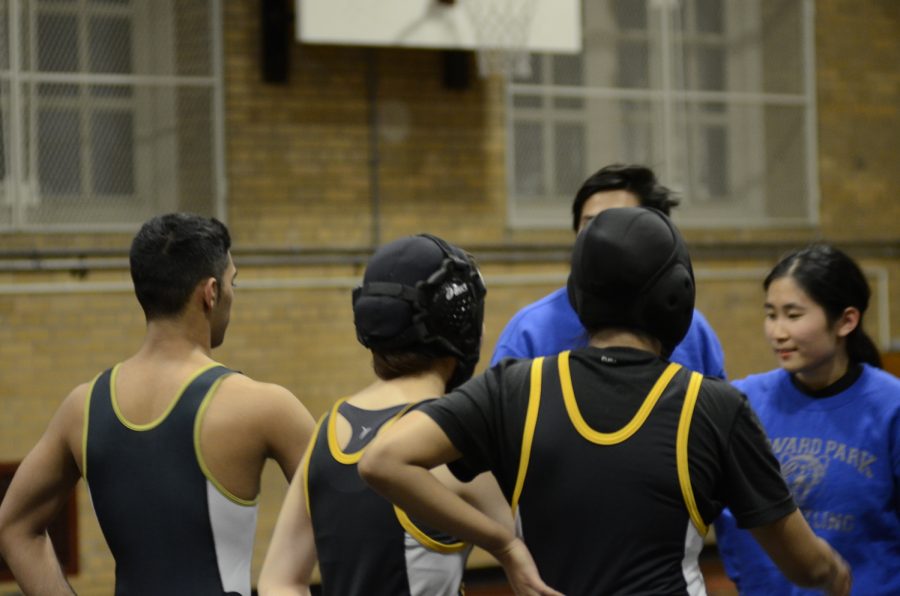 A view of the skull caps on co-ed wrestling captains Lyn Kajihara '19 and Zainab Mridha '19.

It’s early morning on a Saturday and you are surrounded by large circled mats as the sound of whistles, voices and screams fill the gym. You’re on deck. The match before yours is about to finish and as you rush to put on your headgear you realize, you’ve forgotten your skullcap! And then…you realize that it is no longer a problem.

Until very recently, PSAL required all female and male wrestlers with hair exceeding shoulder length to wear a skullcap under their headgear before being permitted to wrestle. “Hair that is braided or dreadlocked may not extend below the forehead or earlobe,” as was stated in the National Association of State High School Associations rule book. The skullcap consists of a stretchy material that covers the entire head, and is often connected to the headgear through straps. If wrestlers did not have their skullcaps on, they would be disqualified from the match. “I already feel nervous about the match, and struggling with the skullcap and the headgear before walking up to the mat is really stressful,” Maya Giardina ’20 a member of the Girls’ Varsity wrestling team said.

The revision of this rule was happy news for many, especially for the girls in the sport. “Being able to wrestle without a skullcap feels like a relief, because I felt it was unnecessary in keeping my hair back,” Susan Xiao ’21 said. Xiao is an athlete on the Bronx Science Girls’ Varsity Wrestling team, and her relief in being able to throw away her headpiece is joined by the male athletes on the co-ed team as well. Joseph Zeltsan ’20, a member of the co-ed team, recalls when he had to cut his hair the day before a tournament, as he did not possess a skullcap and did not have time to buy one. “The fact that I couldn’t just tie it up under my headgear was frustrating, so I’m really happy that I don’t have to wear a skullcap, even if I have long hair,” Zeltsan said.