A Tribute to Coach Bob Vereb

In Memoriam: Recapping the legacy of an all-time great at Bronx Science 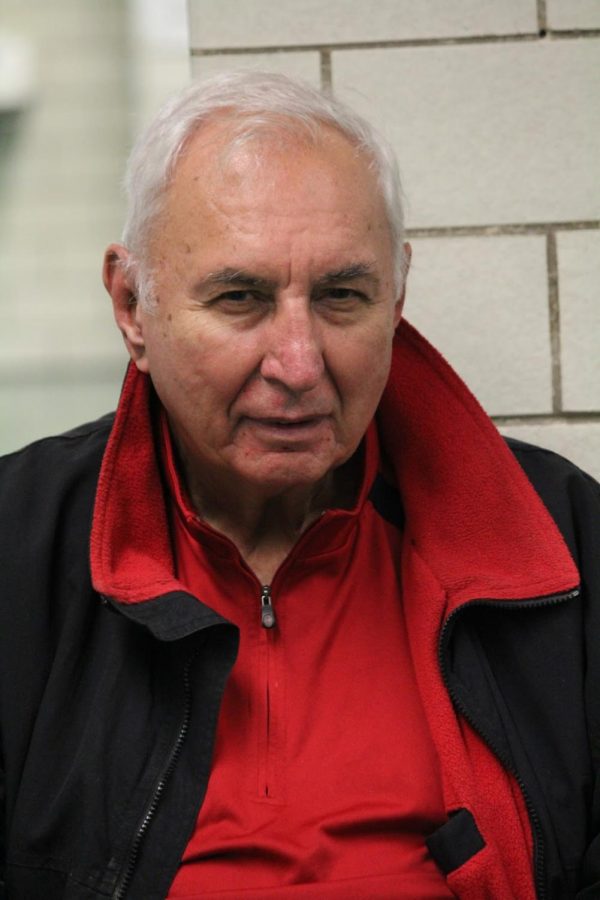 It was the laugh. That signature laugh heard throughout the halls, booming from the west gym every day in the winter starting at exactly 3:45. If you knew Coach Bob Vereb, you grew accustomed to his mannerisms and his bold and animated personality both on and off the court.

Bob Vereb was the kind of person who transcended the role of a traditional sports coach. This was not a coach who simply went to work, clocked in, and sat waiting for the day to be over. Coach Vereb was happiest while engaging with his players and colleagues alike. Walking around with Coach through the hallways of Bronx Science was to walk with a celebrity. Everyone knew his name and happily greeted him throughout school, including those with no measurable connection. A particularly special, long-term bond was formed between Coach Vereb and Bronx Science security guards. Before each practice, Vereb could be found at the front desk discussing issues of the day with the security guards. “Bob Vereb was a very good man. He always took the time to stop by to sit down and talk to us on a personal level. We became accustomed to see him. I’m going to miss him,” said security guard Mr. Mendez. He knew everything about their day-to-day routines. This attention to detail was also part of his trademark coaching style, as Coach Vereb schooled his players with a game plan for every opponent.

The personal connections formed extended far beyond the confines of Bronx Science. For every JV Basketball away game, Coach Vereb, who was approaching 80 these last few years, drove his own car to the game location – and always arrived early. At each new school, despite being on enemy territory, Coach Vereb was given a hero’s welcome. Security guards shared fond memories, opposing coaches initiated a hand shake, and some upperclassmen students of these opposing school teams even waved to Coach because he had been a staple of Bronx Science basketball for over twenty-five years. Originally, Coach Vereb was assigned to coach fencing, but soon after, he expanded his role to coach the Junior Varsity basketball team.
If you knew Coach Bob Vereb, you grew accustomed to his mannerisms and his bold and animated personality both on and off the court.
Coach Vereb’s dedication to Bronx Science sports along with his extraordinary work ethic carry on his legacy and serve as motivation to all Bronx Science athletes and coaches to give their all for the love of the game and the love of representing our school. It didn’t matter if the team was up 20 or down 30, Coach always did what he thought was best for the team. The little things made Coach Vereb a legend at Bronx Science. After many games, he was known to shake the hands of parents who took the time out of their own day to watch the game. It didn’t matter if the players were off that day and made errors. He truly appreciated the parents who came out to support their sons and the team. At times, players didn’t agree with his offensive schemes or coaching style, but still, every coach, teacher, and player respected his approach and commitment to the game of basketball. “What really made Coach Vereb a great coach was his love and passion for the game. He truly loved the game. He may have been a tough critic, but I’ll never forget the advice he gave me. You don’t get a coach like him very often, so I’m very glad that I got to play for him,” said Junior Varsity Captain Tate Mclean ’19.

While Coach Vereb may not be patrolling the sidelines like in years past, his legacy and impact will still be felt for years to come. Coach Vereb created a culture of winning and success around Bronx Science that remains to this day. Vereb was the first coach to give me the confidence to become a team leader and embrace the responsibility of being a Captain. Sometimes he taught through tough love like when he said, ‘Get back down the court, you yo-yo,’ but his guidance has shaped who I am today, both on and off the basketball court.

Thirty years ago, Bronx Science was unknown in the Bronx athletic community. Through fencing and basketball, Coach Vereb put Bronx Science athletics on the map. Whether through his iconic laugh, his straight-talk personality, his ability and genuine interest in talking with virtually everyone in the school community, or his overall knowledge of the game, Coach Vereb will be sorely missed in our Bronx Science community.

The current coach of the Boys’ Varsity Basketball team at Bronx Science, Coach Allen, nicely summarized his perspective on working with Coach Vereb. “Coach Vereb was a great coach, and I respected the longevity of his career and his love of basketball. He enjoyed the game immensely and saw everything there was to see in New York City basketball. His presence has not left the coaches office and it never will,” Allen said.

Here’s to you Coach Vereb. Game on!