After 15 seasons in the NBA, Dwayne Wade decides to retire 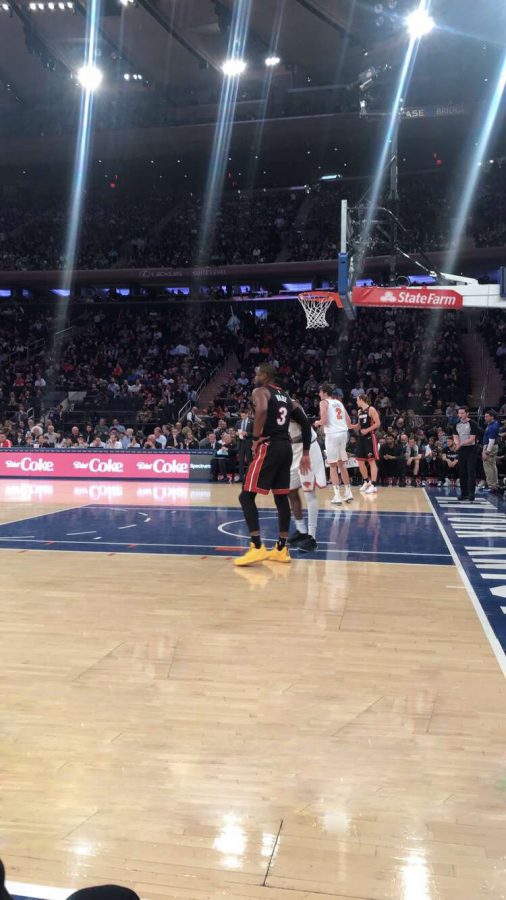 After 15 seasons in the NBA, Dwayne Wade decides to retire

The summer offseason preceding the start of the 2018 – 2019 NBA season was one to be remembered, with numerous player signings and trades that have shaken up the league as we knew it. But perhaps the most momentous news of the offseason was from that of three-time NBA Champion Dwyane Wade.

Much speculation was made considering Wade’s future in the NBA. Fans debated on whether or not Wade would decide to play one more season for the Miami Heat. Some suggested that he would retire, while others pondered the possibility of Wade signing an overseas mega – contract with the Zhenghai Golden Bulls of the Chinese Basketball Association. Wade addressed all these concerns on September 16, releasing a video entitled “One Last Dance.” In this video, Wade gives a heartfelt, ten minute goodbye to the game of basketball.

Wade touches on how hard making his decision was this summer and how he faced much internal debate. “You ask yourself: ‘Can I physically do this? Can I deal with the travel? Is it selfish for me to be away from my family? Can I not read to my kids, or be there to support my wife?’” However, Wade tells that after accepting his decision for the upcoming season, he was able to find satisfaction in his NBA career and what he has accomplished. “I’ve always wanted to be part of something that was bigger than me, and this game has been that. It’s been bigger than how many points I can score, it been bigger than how many times I hear my name in the starting lineup,” says Wade on having fulfilled his dreams as an NBA star.

Dwyane Wade’s rise to NBA superstardom is truly a heartwarming story. Wade’s parents had separated when Wade was still an infant, leaving him with his mother, JoLinda Wade. Growing up in the dangerous South Side of Chicago, Wade was exposed to a lifestyle that saw the lives of many of his peers fall downhill. His own home was an obstacle in his path to success. “I’ve seen the needles lying around the house. I’ve seen my mother shoot up before. I’ve seen a lot of things my mother didn’t even know I’d seen as a kid,” said Wade in an interview with ESPN, reminiscing about his childhood.

Wade’s older sister, Tragil, made sure Dwyane would not fall into the same path their mother did. She took the initiative to move her brother out and away from their mother when Wade was 8 years old, and into their father’s house, Dwyane Wade Sr. Here, without the constant distractions of gang activity or illegal drug abuse, Wade was finally able to give his full attention to the sport he loved. “I believed that if I put the work in, if I laid it out all out there, if I gave everything I had to this game I would walk away from this game with my head held up high,” said Wade reminiscing about his work ethic. He enrolled in Harold L. Richards High School and after displaying great skill there, attended Marquette University in 2001. Wade had an immediate impact as a Marquette Golden Eagle, leading his team in scoring and steals as well as guiding Marquette to the best NCAA win – loss record since the 1993 season. As the 5th pick in a promising 2003 NBA Draft, Wade went on to lead a historic NBA career.
“D-Wade has many impacts off the court. He stands for the Shut up and Dribble campaign and he has many inspiring speeches. His whole life story is motivational,” said Arun Manickam ’19.
After fifteen years of playing at an elite level, Wade has garnered one of the most loyal fan bases of any NBA player. “There’s always been a player valued higher than him, like Lebron or Kobe, so the true extent of his greatness has never been acknowledged. He’s never won a ‘Most Valuable Player’ award, even though he’s put up MVP numbers all his career, and at one point had the best stats in the league,” said Max Friedmann ’20, regarding Wade’s unselfishness and lack of proper recognition.

Jai Advani ‘20, notes, “Even with the lack of recognition that he gets, he still strives to be the best, and has always been the first one down the court. He’s also a standout guy. He’s a devoted family member, he’s charitable, and he has a great sense of humor,”

“D-Wade has many impacts off the court. He stands for the Shut up and Dribble campaign and he has many inspiring speeches. His whole life story is motivational,” said Arun Manickam ’19.

Wade has undoubtedly led a truly successful NBA career and will go down as one of the all time greatest players.  “This was one of the hardest decisions I’ve had to make, but it’s also one of the best decisions I have had to make as well. To be in this position I am in, to have the career that I’ve had, I can’t help but look back and smile,” said Wade, reflecting on his decision.

A true winner on and off the court, Wade will give his Miami Heat fans and NBA fans alike one last dance.