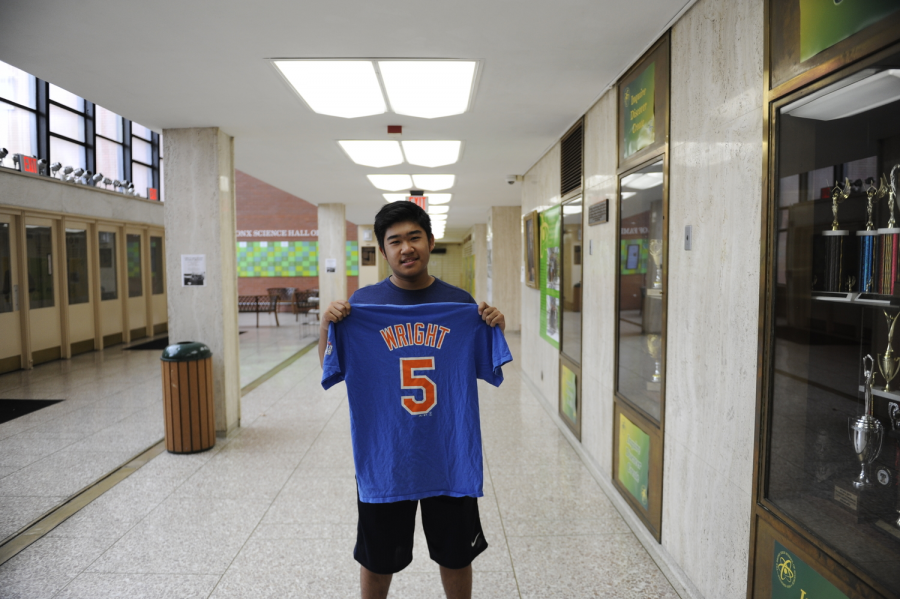 David Wright, arguably one of the greatest players in New York Mets history, played his final game as the 2018 Major League Baseball Season came to a close. Wright, the Mets’ fourth captain and leader in nearly every offensive statistical category, has dealt with back injuries since 2011 and had been on the disabled list with spinal stenosis since May 29, 2016. Wright had been making valiant comeback attempts for the past two years, and was even starting to play rehab games (low level minor league games) in September 2018 before the pain became too intense.

On September 13, 2018, Wright and the Mets announced at a press conference that he would be activated for the final week of the season. Wright would return to the lineup at third base for one last time on September 29th, reclaiming the position where he was selected as an All Star seven times. Anticipation built quickly as Mets fans took to Twitter to thank and congratulate Wright for his hard work. Starting ticket prices for his final game skyrocketed from six dollars to over one hundred and fifty.

Some Mets fans at Bronx Science expressed what David Wright meant to them. “I looked up to him as a role model when I first began playing baseball myself. He inspired me to continue this great sport and keep pushing myself to become a better player,” said Justin Chan ’19, a member of Boys Varsity Baseball.

Beattie Bernfield ’19 agrees. “To me, David was the first person I ever admired. I remember watching that guy as young as six years old, and I respected him in a way that I had never respected anyone before at that point.”

Although Wright was activated on September 25th, he did not play in the Mets’ penultimate series against the Atlanta Braves. On September 28th, it was announced that he would be available to pinch hit in that night’s game against the Miami Marlins. As Wright stepped on deck in the bottom of the fourth with two outs, a huge roar went throughout the stadium. A ground out ended the inning, and fans would have to wait just a little longer to see the return of their Captain.

As the bottom of the fifth started, the Mets’ all time leader in hits and runs stepped to the plate to a thunderous standing ovation. Wright drilled the first major league pitch that he had seen in two and a half years to third base, but he was thrown out at first. Regardless, the comeback had been completed.
“I remember watching that guy as young as six years old, and I respected him in a way that I had never respected anyone before at that point.”
The next night, the stage was set: 43,928 fans packed Citi Field in Flushing. Fans gawked as Wright took batting practice, and they cheered as his name was announced in the lineup for the final time.

Wright was the first Met on the field when the team came out in the top of the first. He ran over to third base, the place that he had called his home for almost fifteen years. Wright’s playing partner for eight years, Jose Reyes, was playing just fifty feet to his left at shortstop. An era in Mets history was truly coming to an end.

Batting third, his usual spot for so long, Wright stepped to the plate with Reyes on first.  Driving his old friend in for the first run of the game would have been nice, but the crowd was delighted as Wright drew a walk, reaching the base for possibly the last time in his career.

The Captain was given another chance to shine, making the final defensive play of his career, as he flawlessly fielded a ground ball and threw it to first to end the third inning.

In the bottom of the fourth, Wright came to the plate once again, the last time at the bat that he planned to take. The crowd rose to its feet and let out a sigh as Wright popped out to the first baseman in foul territory.

Coming out to third base to start the fifth inning, Wright’s image was shown on the Jumbotron with his longtime friend Jose Reyes. Before a pitch could be thrown, manager Mickey Callaway came to take Wright out of the game. As Wright slowly exited, he waved to each part of the stadium, hugged his teammates, shook hands with the umpires and Marlins’ players, and tipped his hat one last time before making his way down the stairs to the Mets dugout.

The rest of the game proceeded without much incident and went to extra innings in a scoreless tie. The Mets won in thirteen innings, 1-0, on Austin Jackson game winning double, but the real hero of the night was David Wright.

Wright gave a postgame speech to the crowd; all of them had stayed to nearly midnight just to hear him speak.

“Thank you for allowing me to live out my dream every single night. I love you guys.”

The love is reciprocated by the fans too. “I will remember David Wright as the best third baseman that I know of,” Chan said.

“Kids looked up to him. He was the perfect face of the team,” said Bernfield.

Wright may have lost out on his chance at the Hall of Fame, but he will always hold a special place in the hearts of Mets fans. Because, after all, this is love.