The Girls’ Varsity Swim Team gets a new coach. 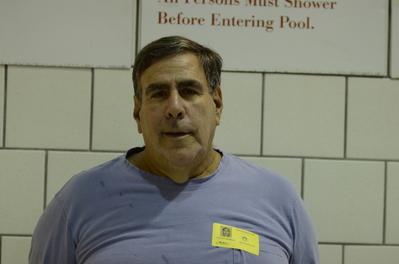 Steve Warman, the new coach of the Girls’ Varsity Swim Team for the Fall 2018 season.

As of October 1st, 2018, the Girls’ Varsity Swim Team has officially started their new season. However an old problem resurfaces as the swim team is faced with yet another coach change.

Meet the new coach, Steve Warman. A former swim coach of LaGuardia High School, Warman has been coaching high school swimmers for twenty-four years. In addition to the Girls’ Varsity Swim Team, Warman has also been coaching the Boys’ Varsity Swim Team since 2012. Because last year’s coach, Mark Maraj, had left the team, Warman was the primary choice for the Girls’ Team coach because of his passion for coaching. On top of that, his entertaining and unique personality brings laughter to the team. “Mr. Warman has been a great coach so far this season. Although he is a new coach, he tries his best to work with us and talk to us as though he has been our coach for years,” said Michelle Tung ‘20. “He is dedicated in helping us to win every meet and every game we go to, but he still comforts and encourages us when we don’t win.”

Last year’s coach, Maraj, who coached for only last year, also strived to encourage every girl on the team to do her best, regardless of his lack of familiarity with the team. Mairene Rojas-Tineo ‘21 said, “Our coach last year, Maraj, was a supportive, motivating figure in my life during the swim season. He was constantly helping me and pushing me to do more and accomplish my goals.” Even though he was only with the team for a year, the girls cherish everything that Coach Maraj taught them, and they value the time he put in as their coach last year. Rojas-Tineo continues, “Personally, even though I was a freshman [last year], Coach Maraj was always helping me before and after my swims and propelling me to achieve faster times, and he helped to increase my confidence.”

Many obstacles have been thrown at the girls in the past, including lack of access to a pool for practice, long commutes, managing school workload with practices, and the clash between club swimmer loyalty (for girls who swim outside of school) and PSAL requirements. The girls were finalists during the 2015 season, and the pressure of making it through the championships has risen with each passing season. Since 2004, the team’s goal has been to beat longtime rivals Brooklyn Tech and Stuyvesant to win first in the league.

Regardless of these hardships, The Bronx Science Girls’ Varsity Swim Team is known  for being an extremely tight-knit community. “Our swim team has become almost like a second home. Our teammates have become close friends, and more than that, they have become a second family,” said Olivia Chin ‘19, who will have been on the team for four years this season. No matter the circumstances, the entire team still strives to keep this bond. Current and past members of the team argue that this team is the closest out of all sports teams in Bronx Science, as the girls do many bonding activities outside of school, including team sleepovers, dinners, and traditions, such as senior gifts. Even if their coaches might change, the girls’ shared bond never will.