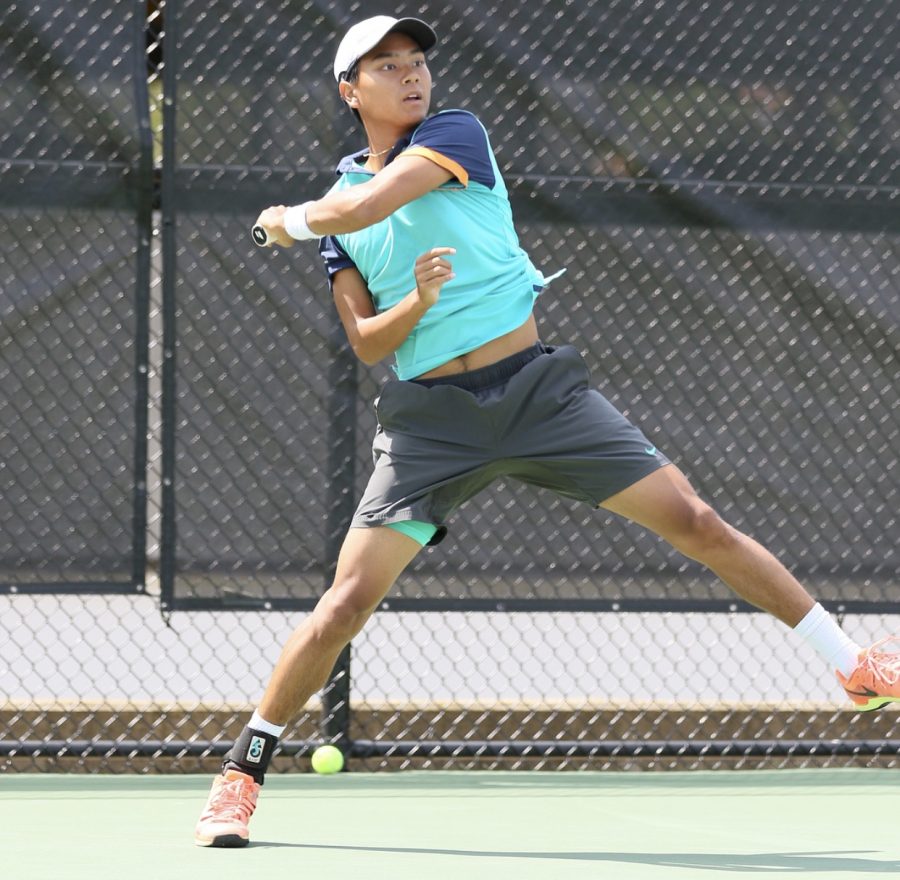 “I have been competing for almost my whole life. I love the sport, I love the competition and I am excited to continue it in college! Go jumbos!” Lantis Wang ‘18 said.

As most Bronx Science students are taking the academic route in the college process, some have decided to take the athletic route. So far, five seniors at Bronx Science were recruited by Division I and III Universities and have decided to continue their respective sport in their college careers. Two of them, Lantis Wang ‘18, and Renee Su ‘18, are tennis and diving athletes committed to incredible academic and athletic colleges for their next four years of competition.

Wang has been playing tennis since he was only nine years old. He chose tennis because he loved the individuality that it offered and the unique challenge that it presents. When his peers began exploring colleges, they experienced confusion on where to apply, but Wang had a different kind of dilemma. “I was torn between going to a school only  for academics or only for tennis, but when I learned of Tufts and was given this opportunity, I knew I had to take it. It is a perfect match of a good college tennis program and a great academic school,” said Wang. Wang committed to playing tennis at Tufts University, and he looks forward to starting there next fall.
“Being a part of the swimming and diving team led me to appreciate the special friendships I formed with my teammates, where we all supported each other and worked together toward a common goal,” Su said.
Diving since she was ten years old, Su has continued her diving career throughout her high school career, and she will now continue in her college career. Su committed to diving at Northwestern University. She chose Northwestern over other schools because she believes that their Division I Big Ten team and its experienced coaches will allow her to continue to improve as an athlete and to reach her full potential in the sport that she loves.

Su did not always want to be a college level diver, but the team at Bronx Science changed that idea. “I made the decision about wanting to pursue a college athletic career during my freshman year at Bronx Science. Being a part of the swimming and diving team led me to appreciate the special friendships that I formed with my teammates, where we all supported each other and worked together toward a common goal,” said Su.

These two students are extremely driven, and serve to inspire all students in how they approach they academic and athletic balance.