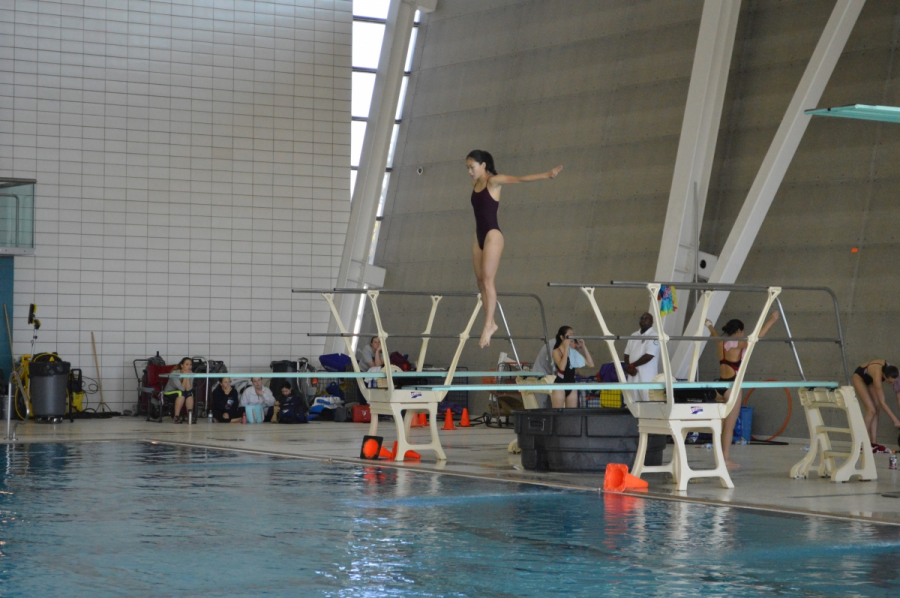 The score was tied. The water was churning. Managers and team members were shouting and cheering for their respective team. It was the quarterfinals of the Girls’ Varsity Swimming city championship, and Bronx Science had all their hopes on Victoria O’Hara ‘18. Shouts emanated from the left side of the swimming pool. The Lady Wolverines were moving on! “The members of the boys’ team who manage the girls’ team were so excited to be pushed into the pool (a tradition with wins) that they actually came rushing out onto the pool deck, only to be told by the Swim Commissioner that if they touched the water, our win would be disqualified!” recalled O’Hara.

But the success of the team was far from over, as five of the team members made their way to the New York State Championship: Jasmin Bouzarouata ’18, Victoria O’Hara ’18, Renee Su ’18, Sarah Green ’20, and Mairene Rojas-Tineo ’21. All plan to see success at the next level. However, their own talent is far from the only thing that has brought them to this point. They continued to swim, largely due to their love for the members to the Bronx Science swim team. The team was an ever-expanding family who never stopped cheering or encouraging their fellow members. “Even when I had a bad race and was disappointed in myself, they always found a way to make me feel better and more encouraged,” exclaimed Rojas-Tineo.

Coach Mark Maraj also played a large role in the team’s lives. He implemented a lot of taper practices — high intensity exercises with plenty of rest — helping the athletes to prepare their bodies for upcoming meets. These exercises would include sprinting and focusing on underwater kicks, starts, and turns. “I believe that it has shaped me into a focused, goal-oriented, and persistent person. It has made me very aware of my health, my body, and my mental state,” O’Hara said.
“Even when I had a bad race and was disappointed in myself, they always found a way to make me feel better and more encouraged.”
Although our Girls’ Varsity Swimming team did not win the New York State championships, the Bronx Science swim team had an amazing season. Not only was Bouzarouata ’18 awarded the Sportsmanship award at states, but the team has improved drastically from years prior and is only looking to improve in years to come.