How Super is your Sunday? How did different people celebrate the big game? 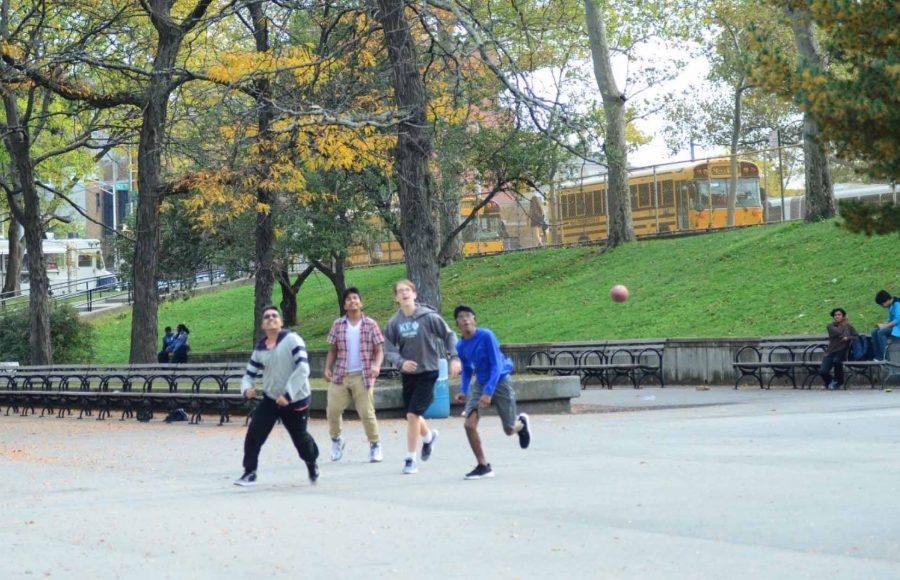 Despite not being an official PSAL sport at our school, Football is one of the more popular pick-up sports at our school.

On Sunday, February 5th, 2017, families, friends, and loved ones convened to watch one of what many believe is the sporting event of the year, the Super Bowl.

If you do not know already, the Super Bowl is the championship game of the NFL (National Football League). This annual event is often one of the most viewed televised events year after year. But how popular is it at our school?

For many students, the Super Bowl has become more of a tradition than just a game. Even before knowing which two teams will be playing, students had already planned out their entire Superbowl Sunday.

“Football, especially the Super Bowl, plays a big role in my life. I wake up Sunday morning, eat breakfast, then head down to my uncle’s house in lower Manhattan to watch the game. I’ve done this every year since I can remember, and watching the game with my family and friends is part of what makes every Super Bowl so memorable,” said Victor Okemwa ’18.

Okemwa is at one end of the spectrum. In a recently conducted survey, only 40% of Bronx Science students planned to watch the Super Bowl. Only one-third of that 40% actually watched football on a regular basis. This goes to show that, in fact, most Bronx Science students seem to view football as something rather unimportant.
“Football, especially the Super Bowl, plays a big role in my life.”
Despite this, it is hard to question the popularity of the sport itself and how excited some people at our school are about the event: the last Super Bowl was the third most viewed broadcast in American history. Even people who never watch sports look forward to watching the Super Bowl year after year.

”The Super Bowl gives us non-fans a chance to see what people are so obsessed with. However, I also really enjoy the commercials, and the good food that comes along with watching the game with others,” said Harrison Giovanelli ’17.

Giovanelli represents not only a majority of the students at Bronx Science as someone who does not watch sports, but also a majority of Americans who watch the Super Bowl. According to a survey conducted by the National Retail Federation (NRF), only 34.7% of people viewing the game actually believe the game to be the most important part of the whole ordeal.

With that said, if you find yourself watching the Super Bowl in the future as a non-fan, here are some things that you can do to help you to improve your experience:

Enjoy the commercials! There’s a reason that a thirty second ad slot can cost up to five million dollars. The next day, you can compare your favorite ads with the critics’ favorites.

Try to get into the game! One good way to do this is by making a bet with a friend. It will make you want to quickly learn the game and pay attention as well.

At the end of the day, whether you condemn football for being a barbaric sport or worship it as something approaching a religion, it is always important to remember to respect everyone’s opinion. So come each February, just remember to have fun.