Boys’ Gymnastics Gets a Makeover for the Winter 2016-2017 Season 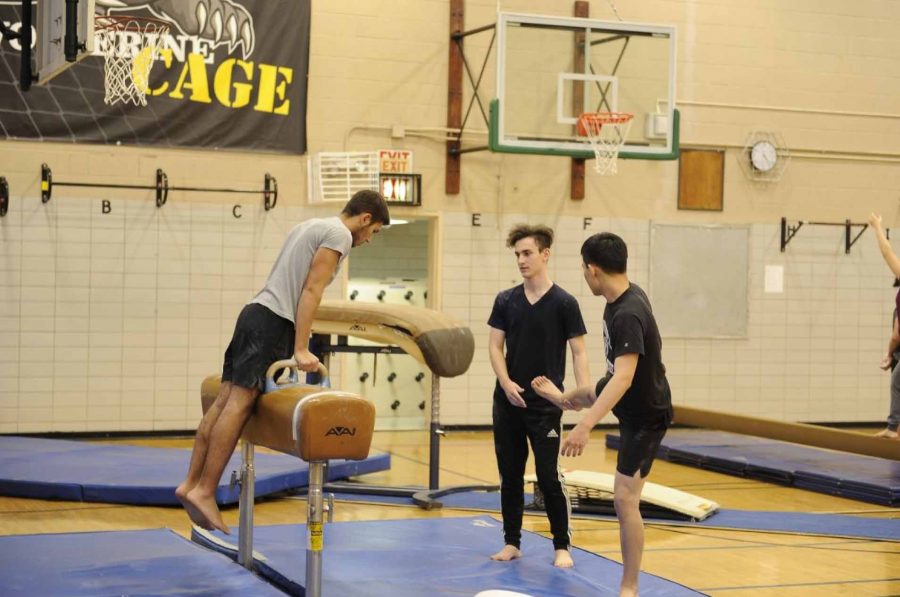 During team practice with the Boys' Varsity Gymnastics team, John Kabbani ‘17 works on technique with the pommel horse..

During this Winter 2016-2017 season, the Boys’ Varsity Gymnastics team has been completely remade, to a large extent. After losing six seniors last year (due to graduation), the team had to recruit many new members for this year’s season. However, many of the new gymnasts were upperclassmen, a rare occurrence for most varsity teams.

Robin Oh ’17 joined the team as a senior, as she was inspired by a friend who was also trying out for the team. With help from his coach and teammates, Oh gained various skills in the few months that he was on the team this season. Oh said, “It felt great to be a part of such a supportive community within Bronx Science, and I hope that I  helped to improve the team this season.”

Captain Christopher Huang ’18 has been doing gymnastics for two years, and he looked forward to sharing what he had learned with his new teammates. “Gymnastics has given me strength, agility, and endurance, and this season, I wanted to pass that on to the new members,” Huang said.

Isaac Rjavinski ’20 has done gymnastics before coming to Bronx Science, and he workedg to gain the strength that is required in order to complete advanced gymnastic skills. Rjavinski said, “I was really excited for this year, and I am excited for the improvement that I hope will come throughout the next four years.”
“I hope that I  helped to improve the team this season.”
The Boys’ Varsity Gymnastics coach, Ismael Adames, has competed in gymnastics since he himself was in high school. “Gymnastics is an incredibly demanding sport, both physically and mentally. But the boys worked hard in practice, and I am sure that all of the new team members grew both as gymnasts and as people, throughout the course of the season,” Adames said.

The boys had their first meet of the season at John F. Kennedy High School on January 11th, 2017, and won this match, an auspicious start to the season. However, they ended the season with one win and four losses, so they hope to improve their standing next season.  Their hard work and dedication this year should set the groundwork for success next year.